Part singer, songwriter, actress, comedian and true entertainer it was clear from the moment she took the stage her fans were in for a wild ride. 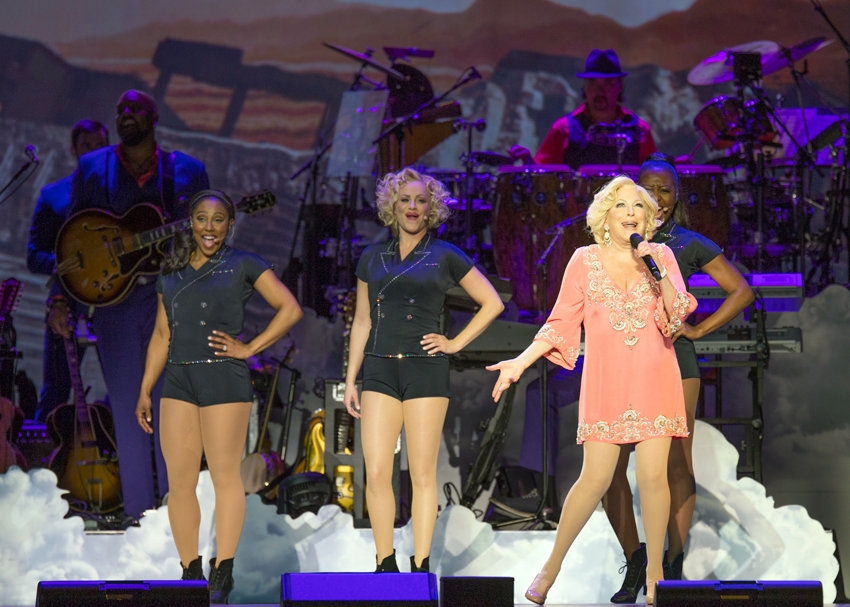 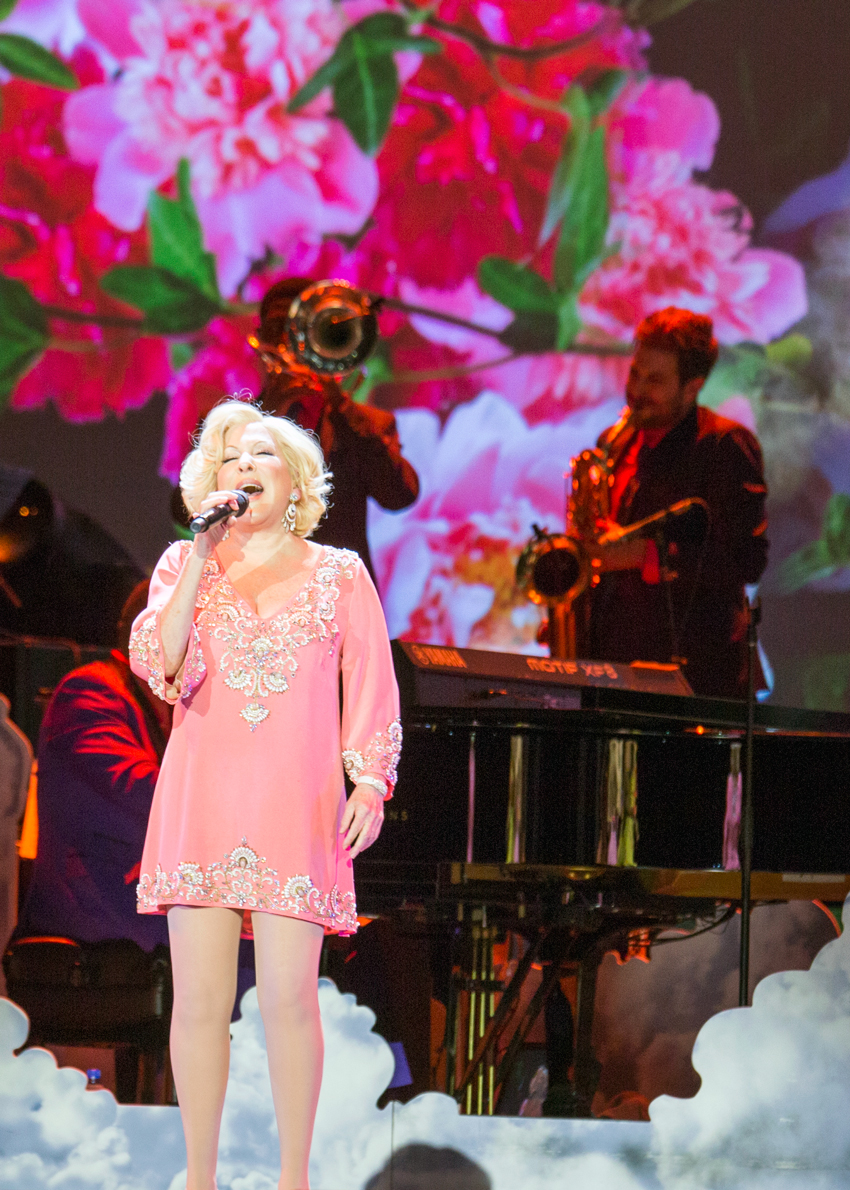 Bette Midler and her latest tour, Divine Intervention, hit Rogers Arena June 2 for the first time in a decade. Bette (yes, we're on a first name basis) spent more than a few years performing in Vegas, and recently decided it was time to stretch her feet.

The show began with a flash and a twist-er. Opening with a projection of 'Michaelangelo's Sistine Chapel' mural with Midler's bubbly face replacing that of Adam touching the finger of God. And with a flash, the mural shattered revealing a fuscia twister rampaging its way through middle America on its journey up to Vancouver, B.C. The curtains opened to reveal Bette sitting on a white armchair beside a broken Coke machine. What an entrance. Part singer, songwriter, actress, comedian and true entertainer it was clear from the moment she took the stage her fans were in for a wild ride.

Bette, now 69, was as youthful as ever on-stage. Although, that didn't seem to deter her from taking jabs at herself and her aging fans, saying now she understood the reference "50 shades of grey." She followed up with a question: "Don't I look fabulous? I'm a triumph of Science and Fiction."

She was backed up by her 12-piece band and three singer/dancers. I lost count of how many outfits she threw on between songs, each more elaborate than the last. To top off her dazzling wardrobe, her set design, production, lighting and choreography were larger than life. It felt more like a theatrical experience rather than just a concert. It was clear that her time in Vegas had influenced her current tour.

Even during her costume changes she kept the audience fully engaged with an anti-social media comedic rant followed by Leonard Cohen's "Everybody Knows" to hatching a giant egg with a farm backdrop to "Yakety Yak Sax"/"Bird In The Hand."  She even played host to spoof award show called the 'Oyscars' where a video montage of one her most beloved characters Delores Delago (recently retired) was followed by The Rolling Stones' "Beast of Burden."

Bette sang a whopping twenty one songs including two encores, many of which were classics such as From a Distance, Stay With Me and Wind Beneath My Wings in addition to quite a few numbers off her latest album, It's The Girls'. This is Bette's 25th album she's produced during her musical career. The album spans seven decades of famous girl groups such as The Andrew Sisters, TLC and the Boswell Sisters.

It was an honour to see her perform live as she herself mentioned she has been at it for more than 50 years. Catch Bette Midler as continues on the North American portion of her tour, including the Air Canada Centre in Toronto on June 20. 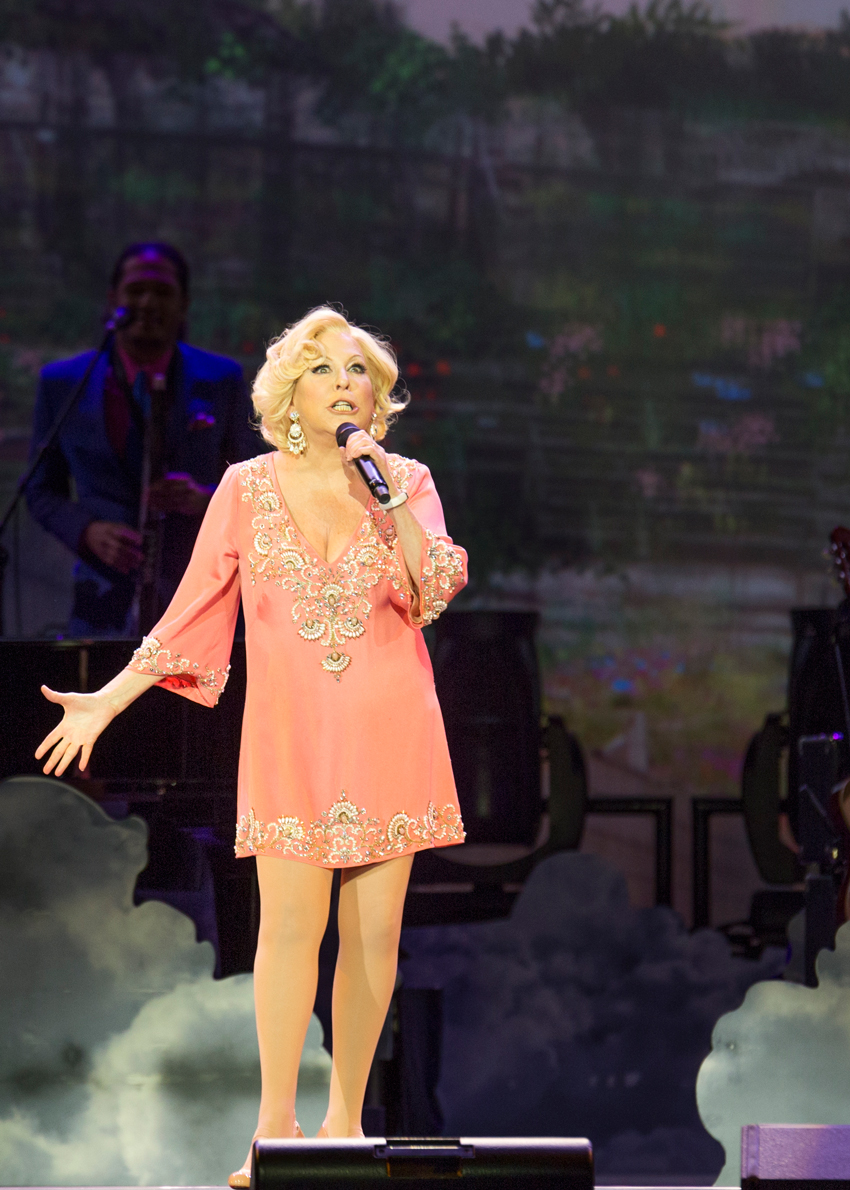 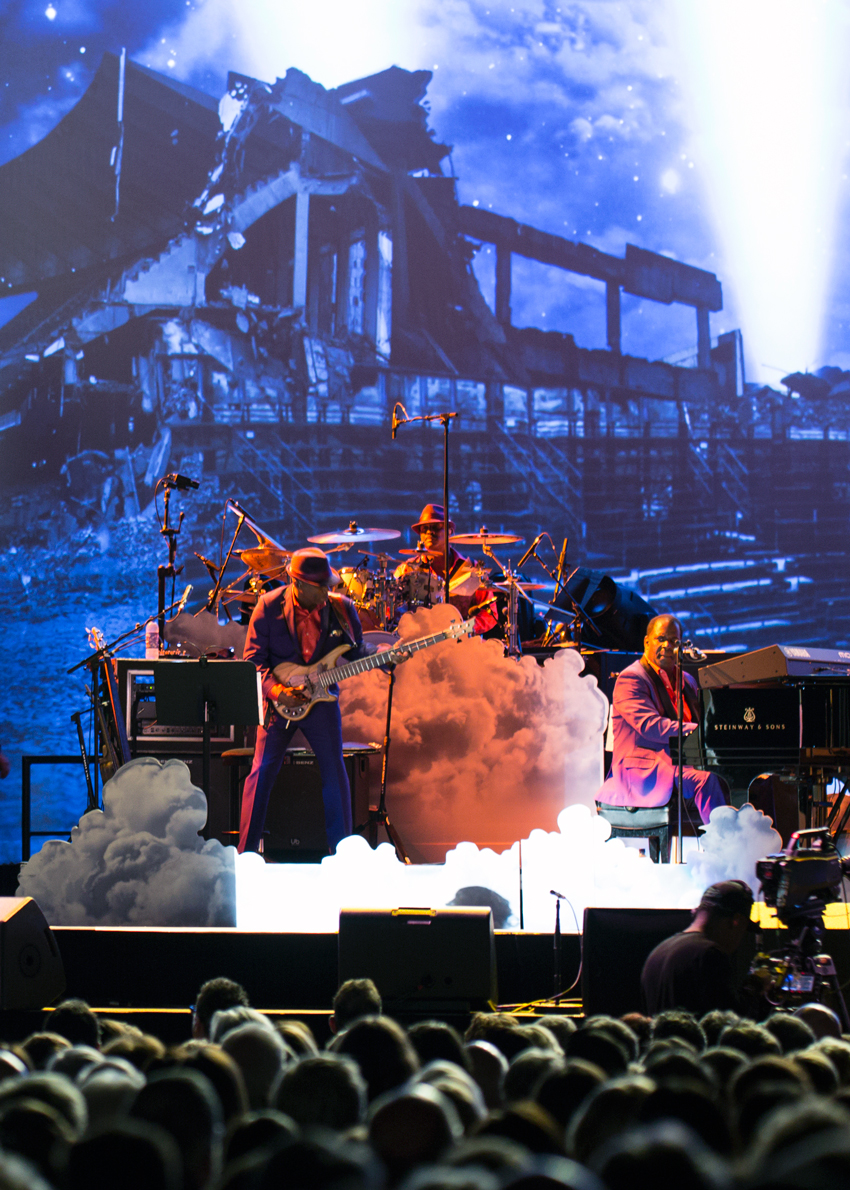