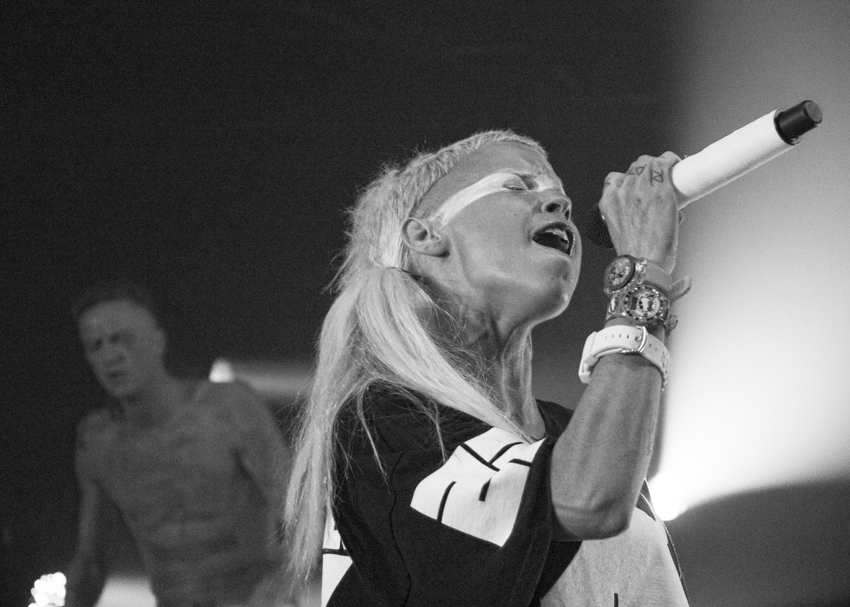 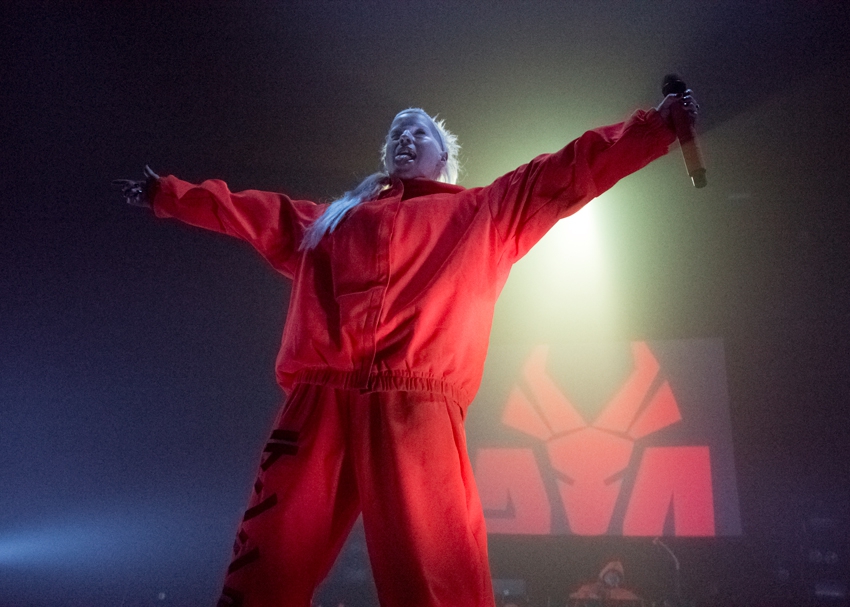 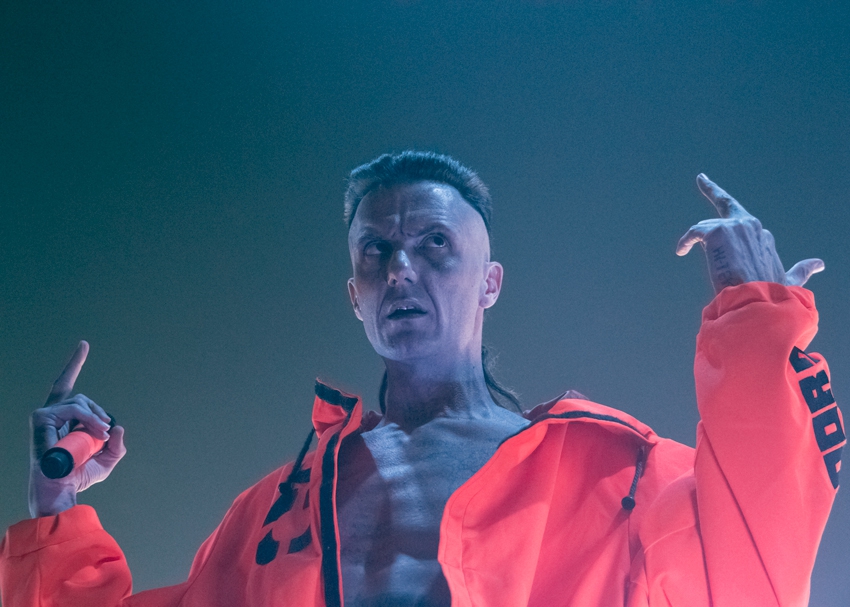 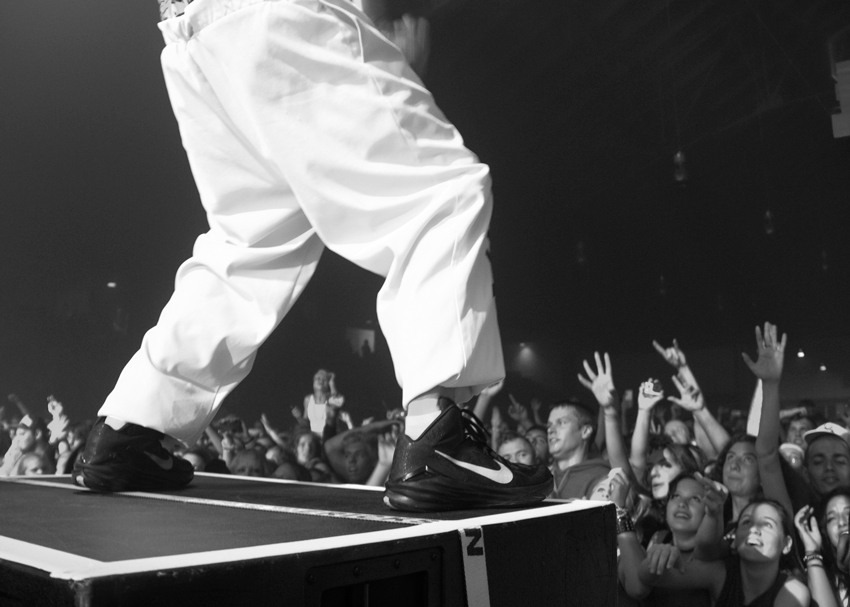 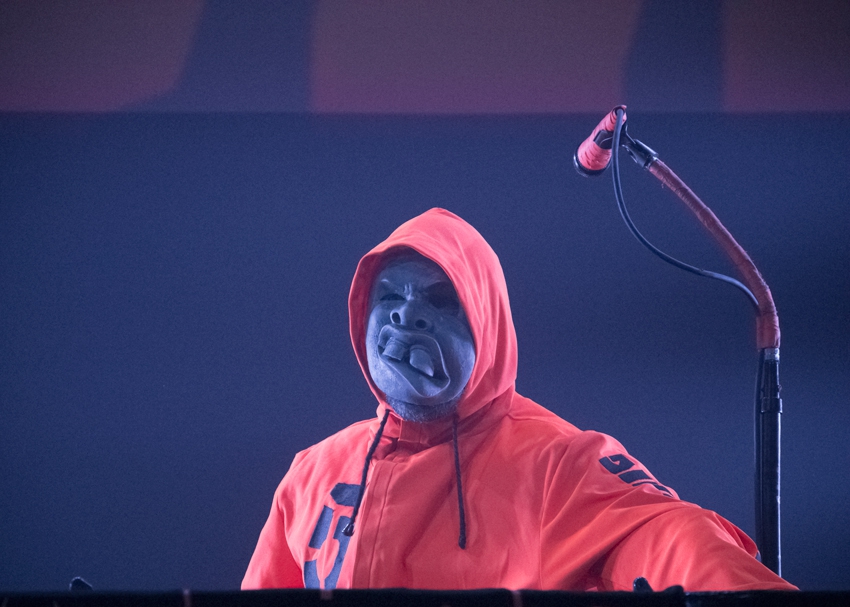 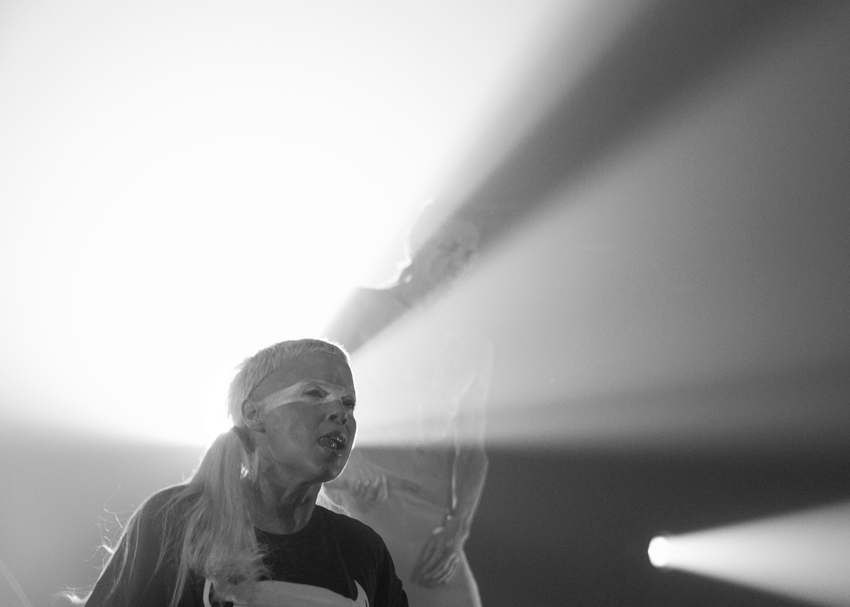 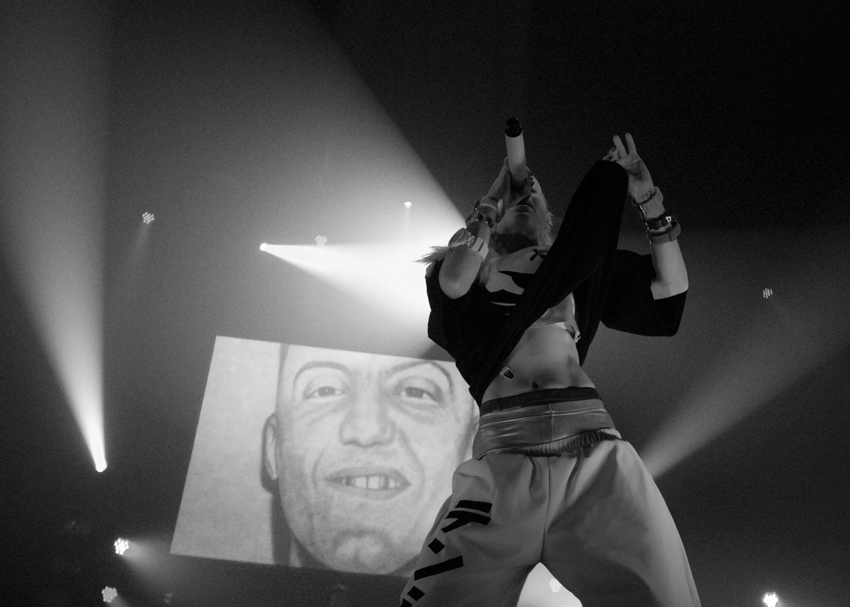 Die Antwoord proudly showed their colours at their PNE performance in Vancouver.

Both Yolandi and Ninja for the South African rap group came on-stage decked in their usual prison-garb orange tracksuits along with DJ Hi-Tek providing some hardcore beats.

Anyone not familiar with the group might think them crass, vulgar and extreme, but hey, this the definition of Die Antwoord's music.

Die Antwoord translated into English means "The Answer". In an interview with Rolling Stone magazine Ninja said, "everything I did before Die Antwoord was me experimenting, messing around and trying to find Die Antwoord".

The group has found that answer and developed their own unique musical style around the counterculture movement known as "Zef". Zef is described as modern and trashy. Depending on what part of the world you call home, Australians would call them 'bogan' while the British would call them 'chav'. But in South Africa, it's more of a positive term for oneself rather than a derogatory term used for others.

I had the opportunity to see them perform earlier this year at Sasquatch! Music festival where they lived up to their zef persona's, spitting and throwing water over photographers, including myself. But this time around, they seemed to be on their best behaviour.

They have been on the road touring non-stop this year to promote their latest album Donker Mag. This is third studio album since they started their own record label Zef Recordz in 2011. It was also their second time visiting Vancouver this year, performing to a sold-out crowd at the Commodore Ballroom back in May. The PNE was a big step forward for the group and I wouldn't be surprised if I saw them perform next year at Rogers Arena. They seem to be doing something right, as their screaming Canadian fans have clearly shown.