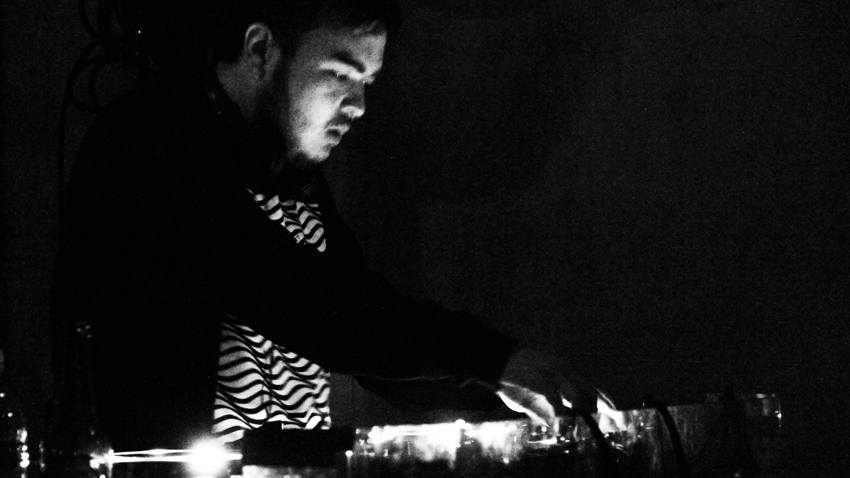 AObeats on his 'A game.'

Thursday evening’s high winds also prevailed within the walls of Gastown’s Alexander bar: its blustery AC system and high-velocity fan made for one of coolest music events of the year, literally.

Set to perform were Yung Wall Street, Robokid, AObeats and Hunt for the Breeze, all members of Moving Castle Collective, an online community of like-minded electronic producers and DJs. Their hyperbolic stylings mirror other internet-inspired artists such as those from the enigmatic PC Music label. 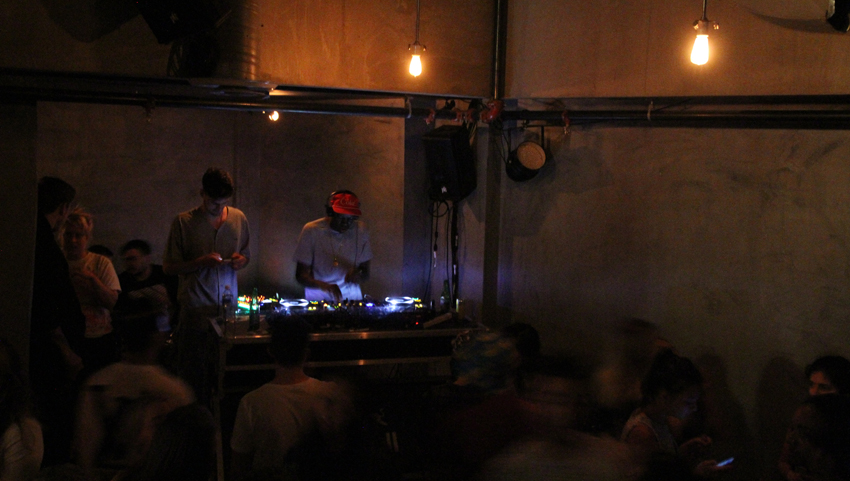 Yung Wall street holding it down.

The night started on a hot note, thanks to a fire set from Yung Wall Street. Midway through his mix—around the 11:30 mark—a healthy crowd had filtered into the chandelier-lit bar, and were effortlessly drawn to his catchy collection of songs.

Wall Street’s clear melodic sensibility and predilection for earworms translated into a dancefloor full of footwork. Shifting through reworks of Young Dro’s “FDB,” SOPHIE’s “Lemonade,” and Ciara’s “1, 2 Step,” he showcased himself as one of Moving Castle’s most versatile and exciting artists.

Robokid followed with a much heavier mix, favouring the synth blasts and sub-punches reminiscent of Scottish maximalist producer Rustie. Regrettably, the effect was floor-clearing, as most of the dancers turned into drink-sippers by the bar upstairs. Robokid’s set included songs by Rowdy Rebel, Shy Glizzy and the aforementioned PC Music collaborator, SOPHIE.

Offering the most rap-heavy playlist was AObeats, deploying a host of songs from Atlanta’s trap scene—a genre whose influence on all tiers of electronic music has reached the realm of cliché. Conversely, AObeats’ tasteful treatment and choosiness elevates him well above the typical tawdry hi-hat abuse. His track list featured “My Chain” by Gucci Mane, “It’s a Party” by Waka Flocka Flame and “Type of Way” and “Flex” by Rich Homie Quan.

And while AObeats brought some warmth back to the dance floor, by the time he traded places with Hunt for the Breeze, the modest list of attendees had gone cold. Colder still was the bar itself, which would have functioned well to temper a hundred sweaty ragers, not 30 head-bobbers. 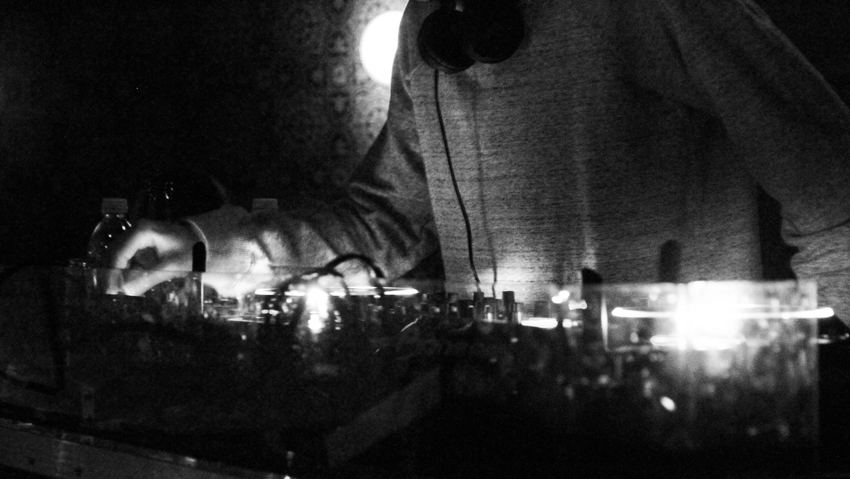 You spin me right-round, bb.

Although Breezey’s set transitioned carefully through thoughtful interludes, masterful remixes, and live modulation, only a dozen folks (staff included) stuck it out into the 2-a.m. territory.

Vancouverites simply aren’t going to rage into the wee hours of the morn on a weeknight, unless Zeds Dead is in town. Though fighting an uphill battle, the Moving Castle crew would have done better appreciating the fickle sensibilities of new listeners by incorporating more familiar sounds to latch onto.