Composer Andrew Downing and Vancouver Bach Choir give voice to silent classic, Phantom of the Opera 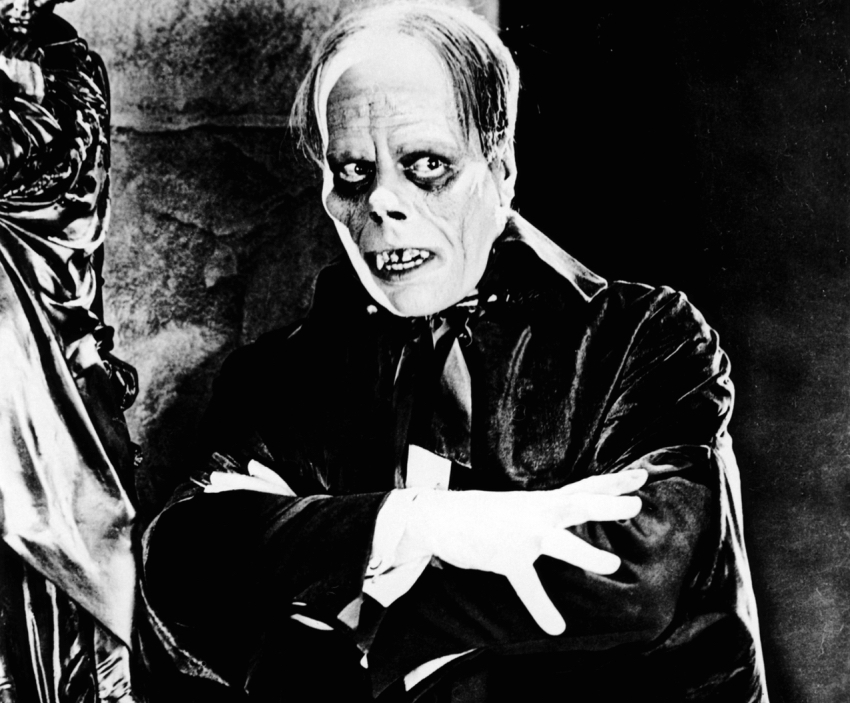 When I proposed to take my grandson to see a horror movie in the Beaux Arts splendour of the downtown Orpheum, he was intrigued. But when he learned the film was Phantom of the Opera, he was dismissive: "not scary enough."

No wonder. Andrew Lloyd Webber's 1986 adaptation, the only version a modern child would know, has morphed the 100-year old Gothic potboiler into a romantic set piece.

Just as well, though, that the kid opted out. The Orpheum extravaganza screened the silent classic 1925 Lon Chaney Phantom movie accompanied by a live, onstage fusion instrumental septet and a 100+ voice choir rendering an original score by contemporary Canadian polymath composer Andrew Downing.

The resulting mishmash restores much of the original frisson of the story, along with a fair share of sly sight-and-sound gags.

All a bit much for an impressionable seven-year-old, but a rich entertainment for adult Vancouverites.

The one-day engagement was already the show's second appearance here since its 2013 premiere with the Vancouver Bach Choir under the baton of Leslie Dala. Considering the amount of local talent and effort invested inthe production, it's quite likely to reincarnate again here in future. Well worth a look (or a re-visit) when it does.

In Webber's high-gloss treatment, the saga of the sewer-dwelling maestro and his inamorata/protegee becomes a kind of operatic Bildungsroman. But Downing, instead of an opera, offers us something more like oratorio -- a choral recitation that focuses less on the characters and their actions than on the emotional palette of the story.

Such an approach far better fits the expressionist masterpiece of the 1925 film. Director Rupert Julian played extensively upon the mood contrast between the glittering galleries of the opera house and the brooding gloom of the backstage and its secret sub- sub- sub-basements.

The ormolu congeries of the Orpheum provides a perfect setting for such a contrast, especially when juxtaposed against the grainy, flickering imagery of the century-old celluloid. In an inspired stroke, Downing draws his libretto mainly from the text frames of the original silent film, which turn out -- who knew? -- to scan lyrically when read or sung aloud.

Most of the score is in period-appropriate expressionist mode, à la Scriabin, say, or early Bartok. There are also quotations from Gounod's Faust, which is much referenced in the story line. But Downing -- himself a jazzman who plays his own bass to anchor the onstage ensemble -- also makes full compositional use of trembly ragtime flourishes from Jeremy Berkman's trombone or Chris Gestrin's piano.

There are even overtones of the composer's extra-curricular interest in Balkan and Turkish modes. And Gestrin gets a full-register pipe organ console onstage, the better to soundtrack Lon Chaney's onscreen organ rhapsodies.

It's Chaney, some 86 years dead now, who remains the over-arching expressionist master holding the whole production together. He was a genius not only of silent film pantomime (he was born to deaf-mute parents), but also -- above all -- of theatrical makeup. His self-designed facial reconstruction as the Phantom (with nostrils wired open and eyelids daubed wide) is as much an icon of expressionist art as Edvard Munch's Scream.

Most of the onstage screaming, though, is left to the Bach Choir members. They also get to intersperse their singing with occasional flutters of entr'acte gossip and curtain call clapping, as dictated by the film's Opera House scenes.

We in the actual audience had to reserve our real-time applause for the end of the uninterrupted performance. Then it burst out as a prolonged standing ovation.