Keep a handle on your hydration and leave the fire to the musicians. 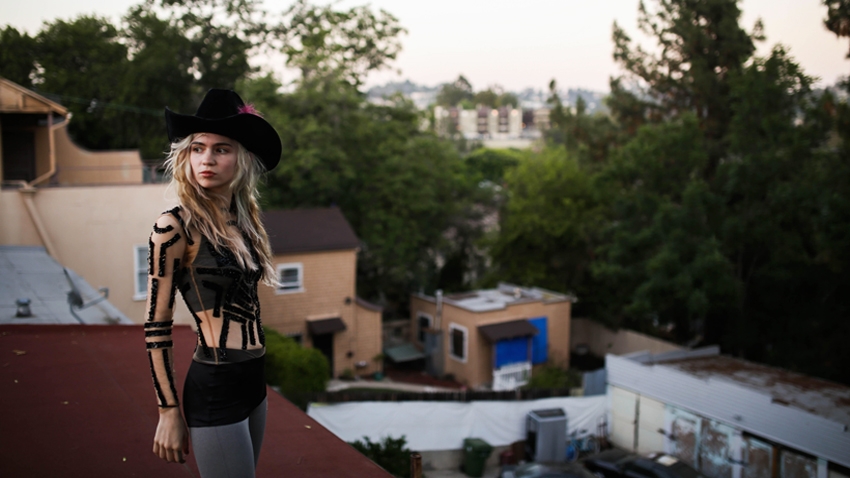 Canadian electronic music sensation Grimes posted the photo below to her Instagram page at the end of May (#latergram), marking North America’s transition into the heat of summer, a season where we spend most of our spare time outdoors, alleviating our cares with beach blankets, ice creams and outdoor concerts.

The natural consequence of more outdoor activity is increased thirst. Corporations are well aware of this and will happily provide you with water, neatly packaged according to your aesthetic bottle preference and/or price-point. (What’s Evian backwards, again?)

But as Grimes points out, water is a right, which fortunately pours directly from our taps. 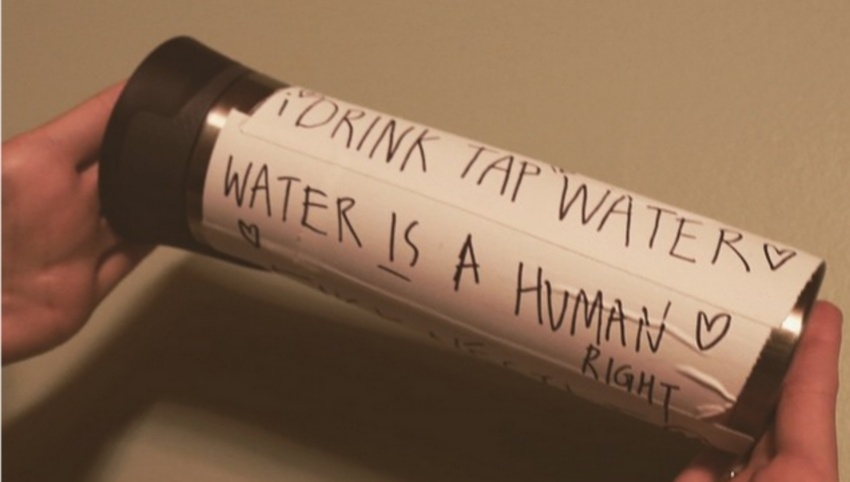 In places where the water quality is questionable, you might be left with no option but to buy it bottled. However, British Columbia’s water is the most drinkable on earth, so buying it—especially when it’s been unscrupulously pumped from B.C.'s own aquifers—is beyond absurd.

In a thorough article, BC Medical Journal states: “Consuming designer bottled water may be trendy, but it is harmful to the environment, poses a potential health hazard, and should be actively discouraged.” Bottled water isn’t regulated or tested with the same rigour as tap water, and can even become contaminated during transport.

Both Pemberton and Squamish Music Festival provide multiple refill stations throughout their grounds, and actively encourage you to bring your own bottles (not glass). So BYOWB, folks, to cut down on waste, save some dollars and take “power away from companies like nestle [sic] who are attempting to privatize water. They don’t believe water is a human right.” (We <3 u Grimesy.)

On their websites, both of the B.C. events offer a comprehensive list of festival do’s and don’ts that help reduce their environmental footprint, including bringing water bottles from home. The Pemberton Music Festival encourages guests to “pack out what you pack in” and take trash home with them, and bring reusable mugs and containers (not made of glass).

But these fests have a long way to go to get close to the annual leave-no-trace Burning Man week-long celebration of art, music and self-expression in Nevada’s Black Rock Desert. There they come with camping supplies, art material and lighting equipment, and when the festival is over they leave almost no evidence that it ever took place.

After this weekend’s welcome showers you might be ready for the sunshine again, but B.C.’s host of wildfires continue to rage on in one of the hottest and driest years on record.

While the camping spirit may be strong, both festivals have a strict no-fire policy. Camping spirit naturally increases with intoxication, so please be aware of this and alert personnel of any suspicious sparking or stick-rubbing.

In the wake of recent brush fire arson in North Vancouver, it is crucial that everyone be on the lookout. Nobody wants the worst-case-scenario of facilitating further destruction of B.C.’s forests, and ending the great music in the process.

Though government, Indigenous and fire officials have confirmed that wildfires located more than 70 kilometres from the music festival sites pose no immediate threat to the events, it doesn't mean the risk of igniting a fire is reduced.

So smokers, please keep your butts in check by making sure they end up in the proper holding receptacles.

"Everybody should be extra cautious at all times," said Pemberton Fire Chief Robert Grossman. "It’s the same at football stadiums, hockey arenas, outdoor soccer games that go on — be extra careful on all these fronts.”

Litter left lying around can feed a lit fire, he explained, and encouraged revellers to put their trash in the bin.

And if you really must have fire, watch Run The Jewels spit rhymes on Friday at 3:45 p.m. (Warning: song contains offensive language.)

• Complimentary portable ashtrays will be available on site for smokers, in addition to ash receptacles around the festival site.

• Patrons who smoke should never put cigarette butts out on the ground, and are also encouraged to bring their own non-flammable, closable containers to collect their ashes and butts.

• Campers using small, permitted propane stoves must never leave them unattended when in use, under any circumstances.

• All festival attendees are reminded that if they see something smoking or on fire, to immediately report it to festival staff.

— with files from Elizabeth McSheffrey