Rather than berate his audience for the foolishness of car culture, composer Tobin Stokes wrote a comic opera called Bianchi about the bicycle. Tobin calls it “five minutes of silliness”. 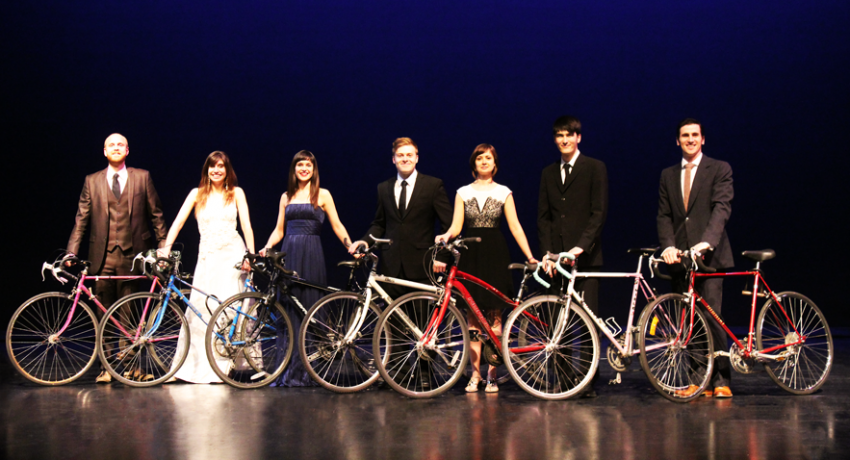 The Village of Bayfield, Ontario has slumbered on the shores of Lake Huron since its founding by Dutch settlers 182 years ago. It boasts several churches, an historic Main Street, and many quaint hotels and B&Bs to pull in tourists escaping big cities. With a permanent population of only 850 souls, it’s not surprising that among the many big city things Bayfield lacks, it doesn’t have an opera company.

Imagine the delight and surprise that summer day last year when a travelling opera company rolled into town—on bicycles! “It was amazing. The whole town came out to greet us”, said Larissa Koniuk, founder, cyclophile, and diva of Bicycle Opera.

Larissa’s an avid cyclist (she’s gone on road trips from Toronto to Halifax) and when she was looking for ways to advance her career and those of her contemporaries (that is, young singers making a start after graduating from music school), she decided to leverage both of her two loves—singing and cycling. Thus, Bicycle Opera, one of Ontario’s newest and most innovative opera companies­ was born. 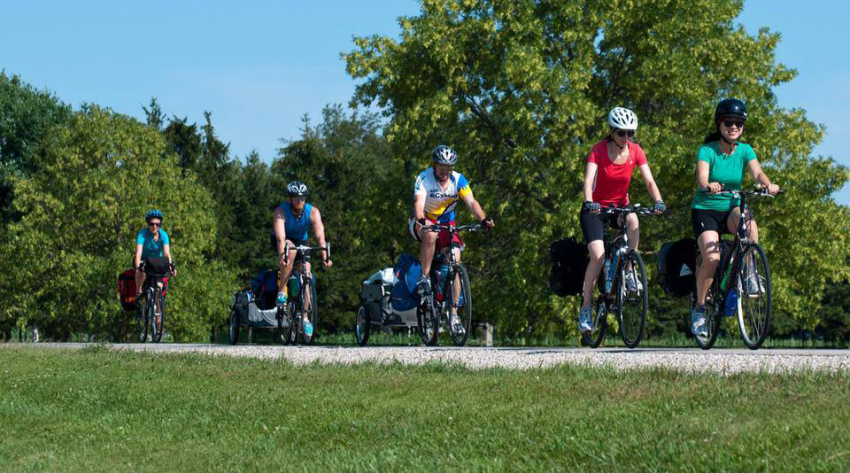 How it works (the singing part)

The Bicycle Opera Project was designed with the object of bringing opera to smaller communities where there is little opportunity to hear it. In particular, they perform new Canadian works that focus on contemporary issues relevant to today. This year, for example, they will perform extracts from Brian Current’s opera, Airline Icarus, which explores the last thoughts of stricken passengers aboard the doomed Korean Airliner that the Soviet’s mortally wounded back in 1983 (it took an agonizing 15 minutes for the plane to crash).

With a troupe of four to six singers, a conductor/pianist, and a couple of instrumentalists (who naturally play portable instruments such as violin or flute), Bicycle Opera performs short operas and scenes from longer operas.

How it works (the cycling part)

But years of training at a music school or performing solo on stage in no way prepares a singer for cycling along shoulders of highways while cars and trucks barrel by. “I have to be honest”, Larissa admitted, “Singers are scared at first”. To overcome start-of-tour jitters Larissa said, “We take the GO Train for the first leg to avoid Toronto’s suburbs”. After that, they can enjoy the relative safety of Ontario’s rural routes. 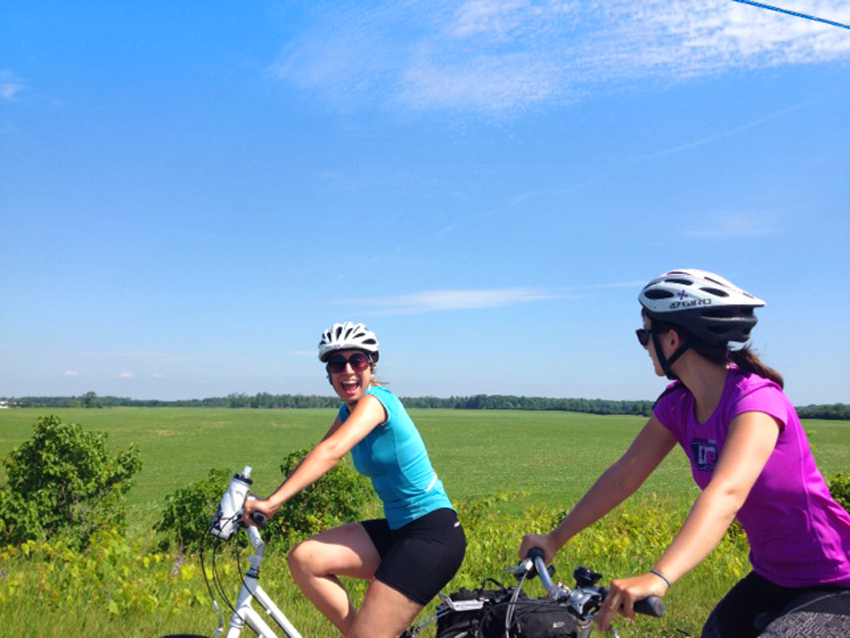 2014 - On the road near Kingston. Photo courtesy Bicycle Opera.

Before the tour, all troupe members are given a crash course in bicycle maintenance as well as comprehensive information on cycle touring. While everyone is trained as competent road cyclists, the reality of day-to-day cycling is less arduous than anticipated. They’d learned from painful experience never to perform on a cycling day, as Larissa said, “We take lots of breaks and enjoy the journey. We definitely maintain the pie and ice cream touring style.”