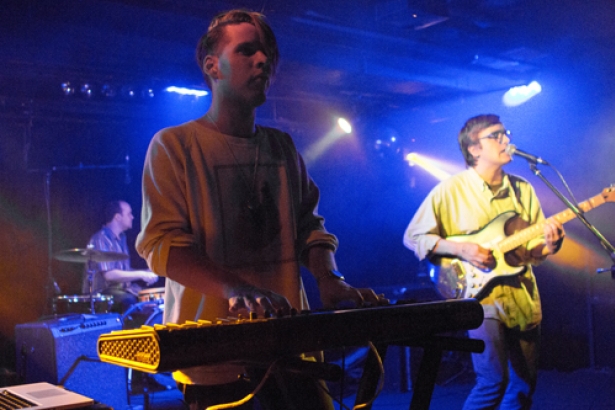 The twenty something, low key hipster, East Van crowd slowly trickled in to the red lights and shadows of the Biltmore Cabaret on a mild Tuesday night in Vancouver, chatting excitedly in anticipation of the mélange of musical styles soon to be emanating from the stage.

Malcom Jack, a local Vancouver musician, opened the show with a 25 minute set consisting of 'a few mellow tunes' strummed on his left handed electric guitar, his voice nasally, but in an angelically uplifting way. His songs are hauntingly soulful, exuding a wisdom beyond his years.

After a brief layover, Jack Name took the stage. Although Name is described as a solo act, on this night he was joined by a female counterpart contributing to the mix of synthesized beats, electric guitar, and vocals who stood facing each other, crowd by their side. The other worldly sounds and disconnected musicians leave one feeling as though they are travelling through the mind of the artist. He engaged the crowd with a total of 5 words, thanking us before disappearing behind the curtain.

The headliner, Dent May, appeared from out of the smoke filled light beams to an expectant crowd that finally flocked to the dance floor. May, on guitar and vocals, fronted a four piece band including bass, drums, and keys, played an upbeat set of his self-proclaimed "unpop' music filled with pop melodies. 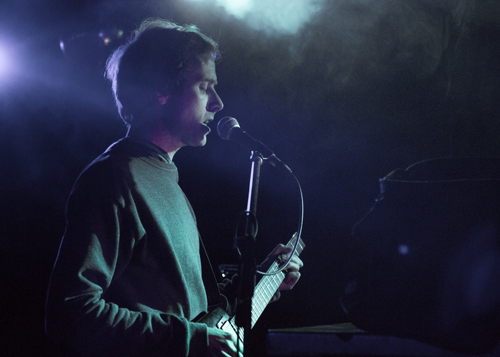 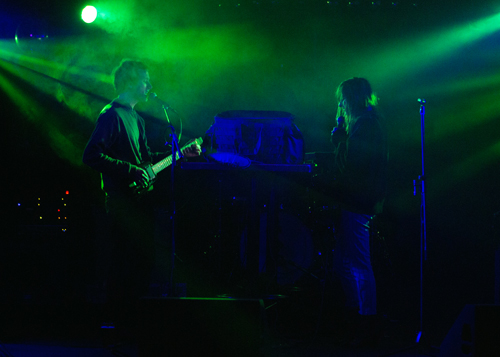