Band of Horses shines at the Vogue Theatre 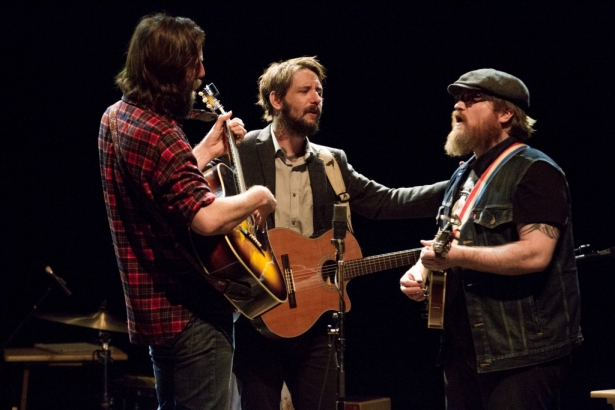 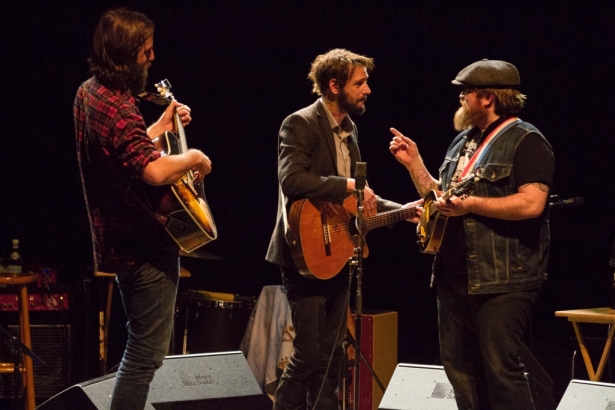 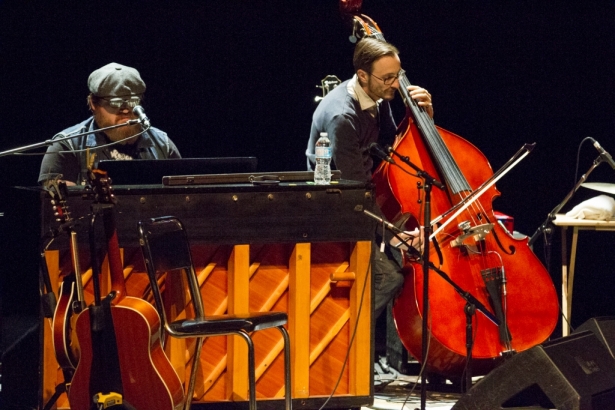 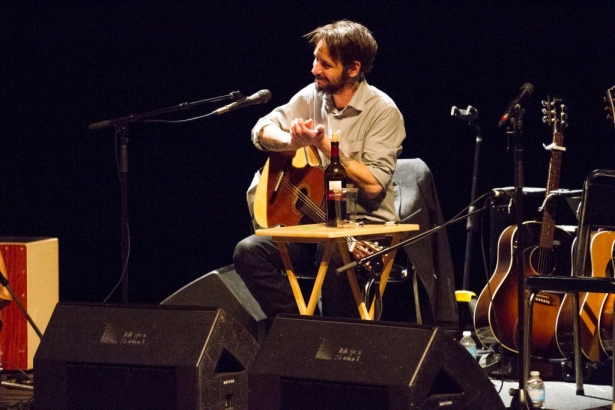 Words and Images by Kyle Rosetta

Ben Bridwell stood front and centre on stage, acoustic guitar in hand, ready to commence the fifth show of the Band of Horses North American acoustic tour at the Vogue Theatre Monday night.

He greeted the sold out crowd and as he attempted his first note a strange squeak emanated from his mouth. He stopped, embarrassed, but like the true performer he is, immediately engaged the crowd with the exciting news that at age 35 he had finally hit puberty. His parents would be so proud he announced as he laughed and hit the proper note.

Thus began an intimate evening featuring good friends having a good time, hanging out, playing music. Described by one concert goer as a beautiful, the engaged crowd hooted and hollered and clapped along with songs. At one point a woman yelled, “You guys are awesome!” and at another a man from the land of OZ declared his passionate desire to make love to the band. Such is the comfortable atmosphere of an acoustic show in Vancouver -- a warm and welcoming evening with friends.