Final medical results aren't in, but he thinks a withdrawal-related seizure claimed her. 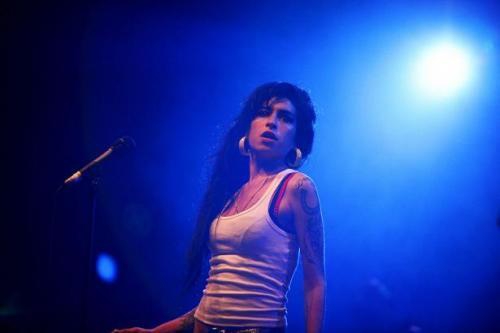 The autopsy results aren't in yet, but Amy Winehouse's dad thinks he knows what claimed the British blues singer.

NEW YORK -- Amy Winehouse's father says he believes she died after suffering a seizure related to alcohol detoxification and "there was nobody there to rescue her.''

The soul diva, who had fought drug and alcohol problems for years, was found dead in bed at her London home on July 23. Her family says toxicology reports indicated there was alcohol in her bloodstream but it was unclear whether this had contributed to her death at age 27.

Mitch Winehouse said Friday during a taping of Anderson Cooper's new syndicated talk show that traces of the prescription drug Librium, which is used to fight anxiety and withdrawal symptoms of alcoholism, were found in her body.

"Everything Amy did, she did to excess,'' he said on the show, which is to air as Cooper's debut Monday. "She drank to excess and did detox to excess.''

He said he regretted that his daughter -- whose most famous song, "Rehab,'' has her answering "no, no, no'' when told to go to rehab -- was trying to kick her alcoholism without a doctor's help. He said "the periods of abstinence were becoming longer, and the periods of drinking were becoming shorter. It was heading in the right direction.''

The singer, whose other hits include "Tears Dry on Their Own,'' had suffered seizures during this period and would lose consciousness. Her father admitted he was speculating that this happened on the morning she died and said he should find out more conclusively how she died when a full inquest into her death begins next month.

Years earlier, when Amy Winehouse was on harder drugs including heroin and cocaine, her father said, he would not have been surprised if she had died.

Mitch Winehouse, who is starting his own singing career, was in New York when his daughter's security guard called him in July. Hearing the distraught tone of the security guard's voice, the father said his first words were, "Is she dead?''

Amy Winehouse's breakthrough "Back to Black'' album was recently certified as the bestselling disc in Britain so far during the 21st century. The updated take on old-time soul also was responsible for five Grammy Awards.

"When she wasn't drinking,'' her father said, "she was absolutely on top of the world.''

He occasionally dabbed tears from his eyes as Cooper's show ran video clips of her. He said he was comforted by the outpouring of support from her fans. Her mother, Janis Winehouse, said she's had people approach her to thank her for having the singer.

Mitch Winehouse said he blamed the singer's ex-husband, a music industry hanger-on, for introducing her to hard drugs but did not blame him for her death. He said she had not taken drugs since December 2008.

Amy Winehouse's boyfriend at the time of her death, Reg Traviss, said they had spent a quiet evening looking at pictures and watching DVDs two days before she died. They were looking forward to attending a friend's wedding in a few days and were planning a trip to St. Lucia around her Sept. 14 birthday.

He said he struggled to find the right moments to talk to his girlfriend about her drinking without seeming as though he was nagging.

"She was a really clever girl,'' Traviss said. "She knew what she was doing. I would sometimes choose my moments when there was something that was needed to be said.''

Winehouse's family has set up a foundation to raise money to help people beat alcohol and drug addiction. Her father met with British political leaders to seek backing for setting up a drug rehab centre in her name.

The foundation officially starts operation next week, and her father indicated that was why he was coming forth to do interviews about her.

Cooper's program donated $50,000 to the foundation, although spokeswoman Laura Mandel said the donation was made after the interview was set up and the booking wasn't contingent upon giving the foundation money.

Should the music industry have tried to save Amy Winehouse?