Musician says he's not selling out. He's just getting by in an industry that's in free-fall. 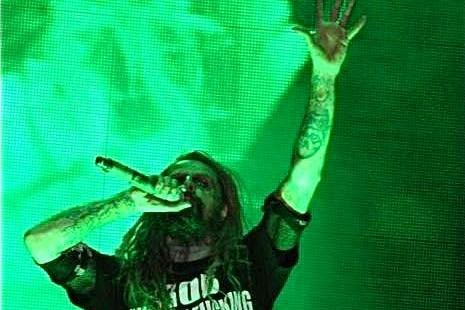 Two decades fronting for rockers White Zombie and a new career as a solo artist might have been enough for most people. Well, heavy-metal people, anyway.

So might a successful turn or two directing television and horror films.

And he says he isn't selling out in the process.

Here's the story from Canadian Press:

TORONTO -- Rob Zombie's latest project is characteristically dark and has exactly the kind of vibe you'd expect from the hard-rocking musician and filmmaker.

A creepy soundtrack accompanies a fast-moving string of unsettling images. A masked man is seen ominously dragging a large, heavy sack through a smoky field adorned with creepy scarecrows.

But it's not Zombie's latest film project; it's a commercial.

The 30-second spot, which he shot in Vancouver, is pushing Woolite laundry detergent and the scary character is eventually revealed to be a merciless clothing torturer.

Of course, some critics have accused the Grammy-nominated Zombie of "selling out,'' but, on Facebook at least, most of his fans applauded him for directing the unique ad.

"I hadn't even thought about (a fan backlash), it hadn't crossed my mind,'' said the musician, who fronted White Zombie in the '80s and '90s before going solo.

"Whenever anyone talks about selling out it's the most absurd statement anyone could make. I've never done anything I didn't want to do, to me selling out is changing your music, your image, everything based on some sort of corporate manipulation to become rich and famous. I've never done that.

"When someone says I've sold out I say, 'What do you do for a living?' and maybe they'll say, 'Oh, I work at Walmart.' So they're corporate whores for the largest corporation in the world but have the nerve to (call me a) 'sell-out?'''

Zombie said he turned down several requests to do the commercial before the timing finally worked out and considered it an opportunity to get some more film experience. His directing credits include the "Halloween'' remake in 2007, its sequel "Halloween II'' and "House of 1000 Corpses.''

"I like doing different things, I did an episode of 'CSI: Miami' because I wanted to see what it was like to do a TV show, and now a commercial; you want to get these things under your belt,'' he said.

"The funny thing is a lot of people are like, 'Oh it's so weird that you're doing this' -- but every single director does it, it's just that they don't usually mention it. I could've easily done that commercial and never said a word and no one would ever know but I thought it was funny so I told people about it.''

Zombie visits Toronto and Montreal later this month to play the Heavy T.O. and Heavy MTL metal festivals and then co-headlines a number of shows with Slayer in Vancouver, Victoria, Winnipeg, Saskatoon, Calgary and Edmonton.

"With the death of (the music business) -- basically record sales are crap, all the video channels long ago stopped playing anything heavy, heavy rock or metal stuff -- really I think the live experience is really in a way all that's left,'' Zombie said of the current metal scene.

"So the importance of (the live show) has changed. It really is the main thing that sustains the whole scene.''