"Man, what year is this? Oh man, I'm totally surprised! Arcade Fire, what a great performance that was. What a great group. Justin Bieber, what can you say?" said the 65-year old Neil Young upon receiving his award for Artist of the Year. 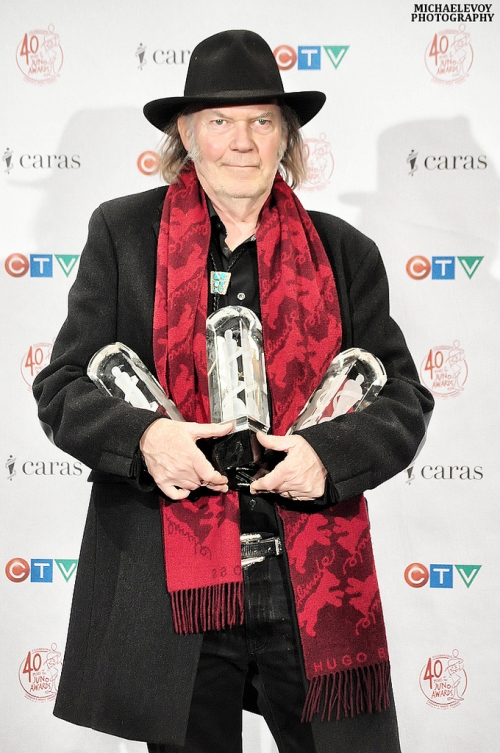 He also received the Allan Waters Humanitarian Award and won Adult Alternative Album of the Year. In the Q&A room, Young quipped, “Of course I'm in the same category as Justin Bieber... just in a different time zone!" 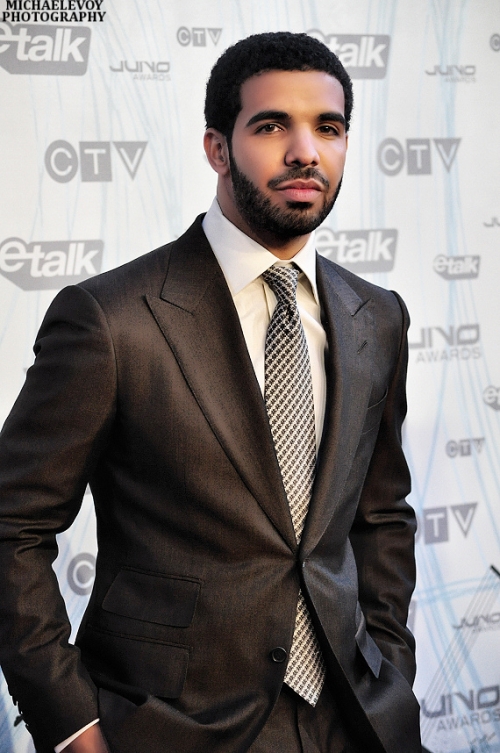 Drake who did a great job hosting did not take home any awards last night. photo credit: Michael Evoy

Justin Bieber, who is currently on tour in Europe, won Pop Album of the Year and JUNO Fan Choice of the Year, beating Drake. Early this morning he tweeted, “WHAT?!?! 2 JUNOS!!! #bestmorning” and later, “and to my big bro @drakkardnoir [Drake] I share these awards with you because you deserve them too. #greatfriend and a #greatartist” 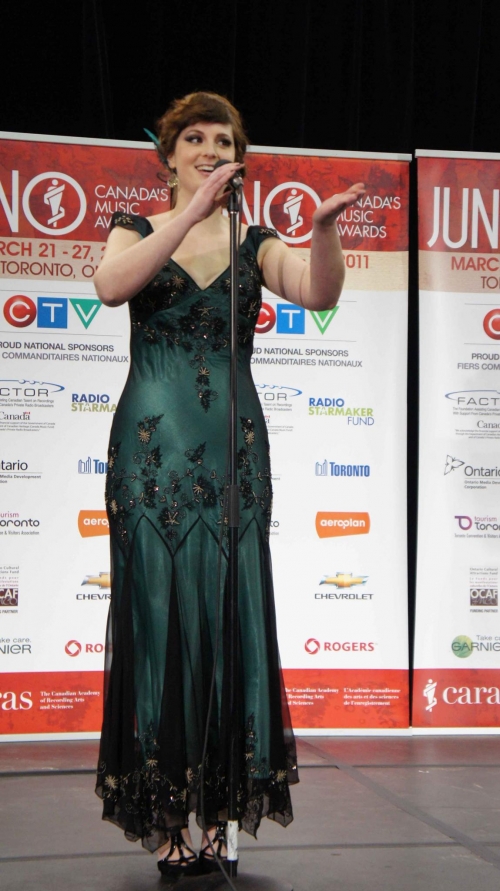 The lovely animator-turned-musician, Meaghan Smith, won New Artist of the Year. Smith, who didn’t expect the win, told media, “I’m an animator. I’ve never studied music in my life. I don’t know what to say.” 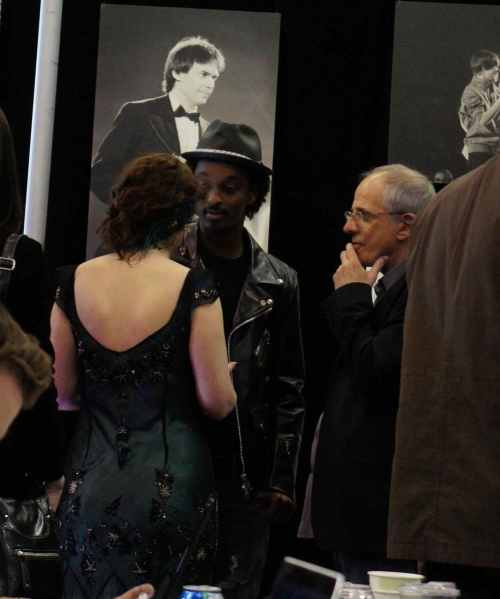 Meaghan Smith, K'naan, and Bob Ezrin in the media room. Are they talking potential collaboration? I hope so.

K’naan and Bob Ezrin received the award for Single of the Year on behalf of Young Artists for Haiti. He told media about the collaboration project while he was in Mozambique, and how being there influenced his songwriting.

K'naan with Bob Ezrin on behalf of Young Artists for Haiti.

“I'm very fortunate that people have found their way to the music I've made and the songs that I've written," said K’naan. 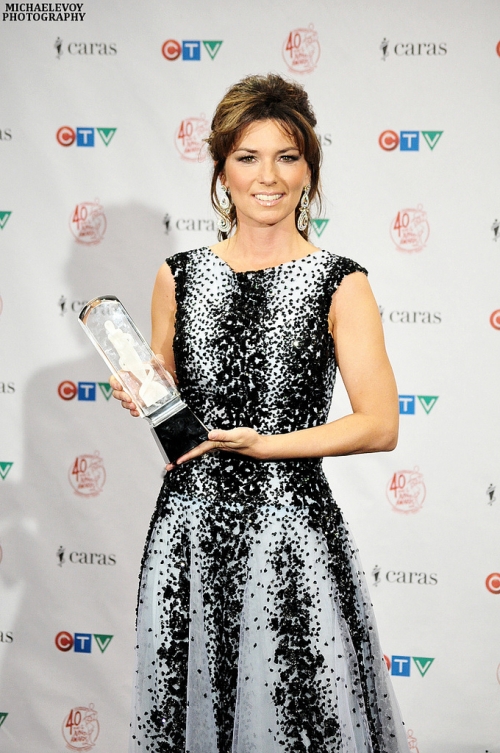 Shania Twain: "I don't feel iconic. I feel like a small town girl from Timmins. That will never change.” photo credit: Michael Evoy

Shania Twain was inducted into the Canadian Music Hall of Fame and began tearing up on stage saying, “Oh, I’m turning into such a sap.”

Her acceptance speech caused a social media frenzy after she declared, “I love our lakes, I love our bush, and, most of all, I love our people.”

Later in the Q&A room, when asked about her “bush” comment she said, “What do you call it a forest? C'mon, I’m from Northern Ontario! It’s called the bush in Ontario! Somebody back me up here!”

Twain will be releasing an autobiography and starring in her own TV show Why Not? With Shania Twain on the Oprah Winfrey Network.

If you missed out on last night’s show, you can catch the 40th JUNO Awards encore presentation on E! this Wednesday, March 30 at 8:00 pm and Saturday, April 2 at 6:00 pm.