Stefan Jackiw's role model is Yo Yo Ma 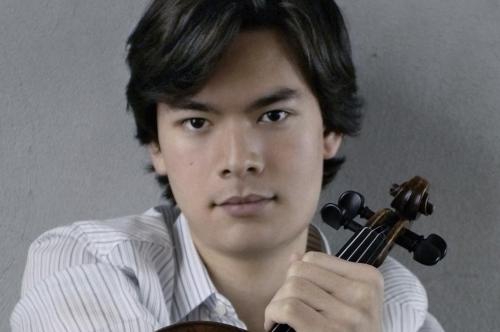 In classical music protocol, it is deemed a violation to be that one person in a concert hall who is caught unwrapping a lozenge. Utter silence is the norm. However, American classical violinist Stefan Jackiw is paving the way across North American stages, and his meticulous technique, coupled with his graceful movements, has the audience wanting to do more than just sit quietly and applaud.

Jackiw is a young, gifted classical music sensation. Prodigiously praised, it takes an infinite score to describe the musician that Jackiw is. Far better to riff like a free-style rap artist and work out a fluid, breathless trail of hot adjectives for him.

He conjures up a century’s worth of classical music calculation and performs Mendelssohn’s 1838 Violin Concerto and Barber’s 1939 Violin Concerto, demonstrating how an apprentice learns from masters. He ably absorbs each composer's sentiment and gorgeously extrapolates their motif to construct an inherent musical insight. To him, it is “a delicate balance.”

His boyish charm, well-versed playing and commentaries set a softer appeal for his confident poise and furtive grin. 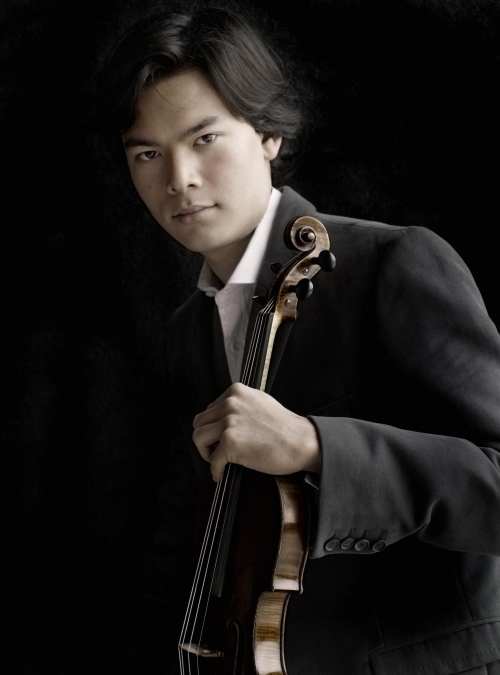 A phone interview with the VO revealed that he will come to Vancouver for a concert with the Vancouver Recital Society in November but he was relaxed enough to spend some time with us now.

Aside from determination and consistency Jackiw takes on challenging, technical pieces by constantly mapping out the notes in his mind.

"It is easy for one to go into auto-pilot mode[Jackiw does not], after spending hours a day practicing. You’re not really thinking, but you’re going through the motions and it’s actually inefficient, because one must constantly problem-solve."

"First, I must figure out what I know well and what parts are not under my belt. Is it in my left hand or right hand? Is it in the coordination between the two? Then I will divide exercises for myself determining whatever weaknesses I may have.”

Whether being a musician is intrinsic and fated or not, theory plays a role. “Theory and intuition really have to go hand in hand. If one is a good musician then one’s intuition follows logic and structure to the piece. You can’t ignore what the composer wrote, but you need to infuse it with your own thoughts of the music.”

“Technique is not an end in itself. Rather, it has to be a tool for expression and to know what you’re trying to convey on a small scale from phrase to phrase, or to a piece of music. It is important to know your purpose for why you’re playing that piece. Building your technique to serve that purpose is in addition to your willingness to stick with it [the piece], even when it seems frustrating, boring or repetitive.”

Like anything else, setting the mood and engaging the audience is pivotal for a classical performer. Although Stefan has been influenced by Heifetz, Kreisler, Grumiaux and Milstein, his role model is Yo-Yo Ma.

“What makes Ma stand out is his ability to transcend his instrument. No longer is it about playing the instrument, but it becomes of communicating to the viewers. You don’t realize the musicians are playing their instrument because their command of it is complete. It is utterly communicative.”

Stefan gives us pointers on how simply sight-reading a piece of music can hamper any classical phenomenon.

“When I’m performing I immerse myself in whatever piece it is and embody whatever emotion I can convey at the moment. I think that is what communicates to a listener the strongest. In the concerts that I attend, I’m most moved by and convinced by musicians who have a clear idea of what they want to convey rather than simply reading the music.”

As for the future of classical music, Stefan feels that it remains bright because there are many living composers who have taken a proactive role in building new audiences, making it an integral part of society.

Jackiw’s final insight to us is a reminder that classical music isn’t only for the selected few. Music is something that can speak to anyone.

“One thing that classical musicians need to focus on however, is to prevent its perception about it as a rarified art form where only a few educated people in classical music can appreciate.”

Jackiw debuted with the Toronto Symphony in May. He performs in Bellingham on Sunday, July 18 with the Bellingham Festival Orchestra conducted by Michael Palmer, playing Mendelssohn: Violin Concerto in E minor, Op. 64 and will perform for various concerts in Seattle until the end of July.

For a schedule of his concerts visit his website: www.stefanjackiw.com