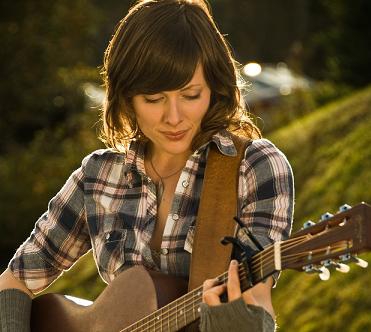 Eight of Canada’s best and brightest up-and-coming musicians are set to take the stage in two nights teeming with talent.

This cornucopia of emerging ability will be on display at New Songs, New Voices, which runs February 16 and 17 in Vancouver’s historic Roundhouse Community Centre as part of the Vancouver 2010 Cultural Olympiad.

Christina Martin, a singer/songwriter from Nova Scotia who won the 2009 East Coast Music award for best pop recording, says the back-to-back concerts will provide a great showcase for some of the best new music and artists the country has to offer. She says the event will provide a venue for Canada’s burgeoning young musicians to showcase their work while exposing audiences to some new music.

Raised in a music-loving family in Halifax, Nova Scotia, Martin was heavily influenced by old-time rock and roll. After moving to Austin, Texas nine years ago, she discovered a love for making music.

“I was surrounded by music there. And then I just started doing it, I started writing a lot and doing open mics. It found me. Then being around all the musicians, I just figured I’d give it a shot,” she says.

“I love what I do, it scares me sometimes, but it’s good to share what you create with others.”

Martin says her upcoming set will be pretty mellow. She’s set to play with Dale Murray from Ontario folk band Cuff the Duke, and will share the stage with fellow New Songs, New Voices performer Jimmy Rankin for one song.

“I met Jimmy Rankin when touring and travelling,” she says. “He’ll probably sing a song with us and I’ll sing one with him during his performance.”

Other “new voices” of the two nights will include Saskatchewan’s Jason Plumb, Manitoba’s Romi Mayes, Dan Mangan from British Columbia, Gordie Tentrees from the Yukon and Alberta’s John Wort Hannam.

“New Songs, New Voices” is February 16 (SOLD OUT) and 17 at the Roundhouse Community Arts and Recreation Centre, 181 Roundhouse Mews, Vancouver at 8:00 pm. Tickets are $12.