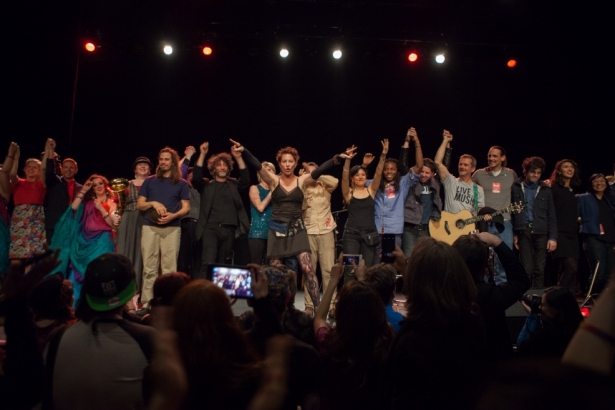 When astronaut Col. Chris Hadfield began singing David Bowie’s seminal chorus to Space Oddity, an overwhelming sense of belonging and an acute awareness of one’s humanity were made palpable by familiar melodies. It was a moment of sheer clarity. #NinjaVan is unlike any event Vancouver has ever experienced. Loosely crafted together in three days over Twitter, Amanda Palmer manifested a Christmas-in-March miracle for the Vancouver Food Bank. 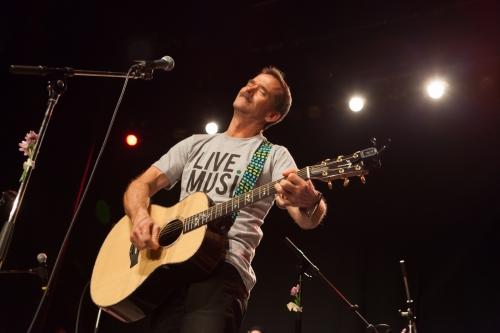 “We were shocked,” said Kay Thody, Vancouver Food Bank’s communications director. “We found out within 48 hours of the event itself taking place. We were excited, and from there, it took a life of its own.”

Minutes before the Vogue Theatre opened its doors, the line up for #NinjaVan already occupied two city blocks for the better part of six hours. Inside, Palmer laid out the evening’s game plan with performers and speakers on stage—a group of generous strangers who came together in support of a worthy cause. 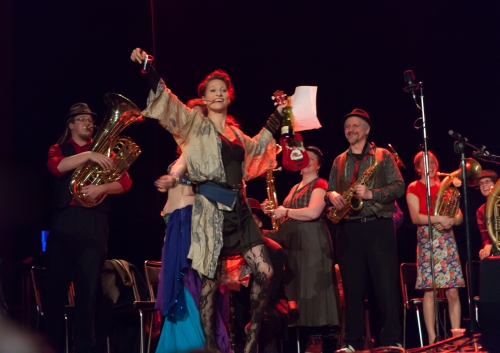 Chairs were neatly placed on stage for local Balkan brass band Orkestar Šlivovica.  “It’s too perfect! It shouldn’t look like that,” said Palmer upon observing the orderly arrangement. Meanwhile, fellow musician Imogen Heap attempted a sound check amid the calculated chaos on stage. This event was clearly meant to be imperfect, with room for spontaneous outbursts and comedic mishaps.

When the Vancouver Observer asked how she was roped into #NinjaVan, Heap explained “It was all Amanda Palmer’s doing. I heard about it a couple of days ago and I said yes because it sounded like fun. I had a feeling that maybe Vancouver was feeling like TED had just taken over and that maybe it was just for certain types of people... so I liked the idea of doing something for free and being part of the chaos.” 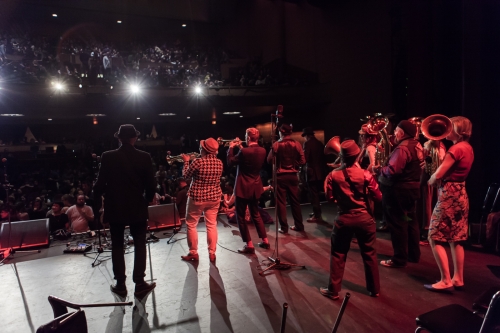 Orkestar Šlivovica provided a hypnotically rich, live soundtrack as the seats began to fill. Two bellydancers enticed audiences to sway and a small group of guests began twirling by the front row seats of stage left. 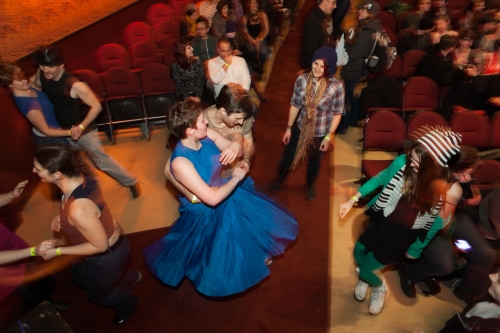 The theatre was positively buzzing by the time house lights dimmed. Palmer stepped into the spotlight, wearing a black vintage negligée and a gossamer robe. She opened the evening with her ukulele, singing In My Mind before inviting her husband, author Neil Gaiman to share the stage. 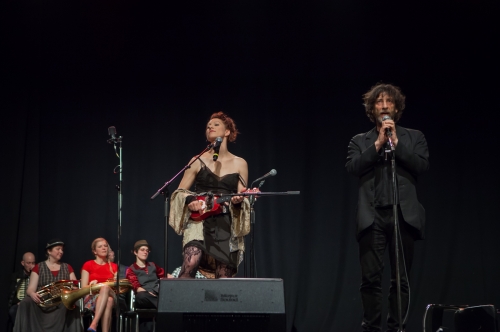 “Amanda and I… sometimes we sing stuff together. There was one song we sang together for the first time in Vancouver and then the second time ever, on this stage. I think I was so terrified the first time we performed, that I don’t remember. So I thought it would be fun to do it once without being terrified,” confessed Gaiman before singing Leon Payne’s Psycho.

Seattle-based musician Jason Webley entertained the audience with Letter to John Shriner a song about wanting a pet giraffe. “F#ck technology! That was pretty much my talk at TED but I just didn’t say it like that,” joked Webley, who was experiencing technical difficulties with his accordion. He later returned to the stage with a song called Why in honour of the TED2014 session he appeared in earlier that day. Much like in his TED talk, Webley got the audience to raise their hands in the air and yell “Why?” with zeal.