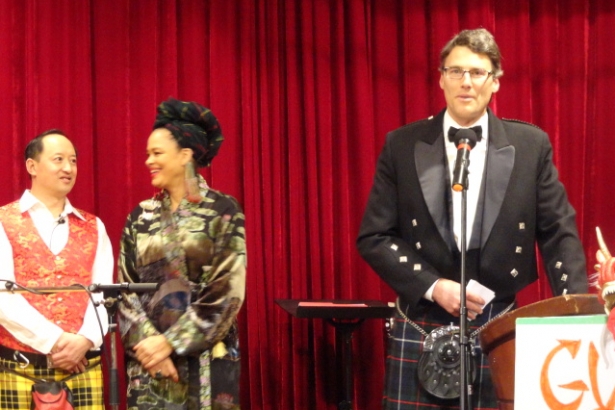 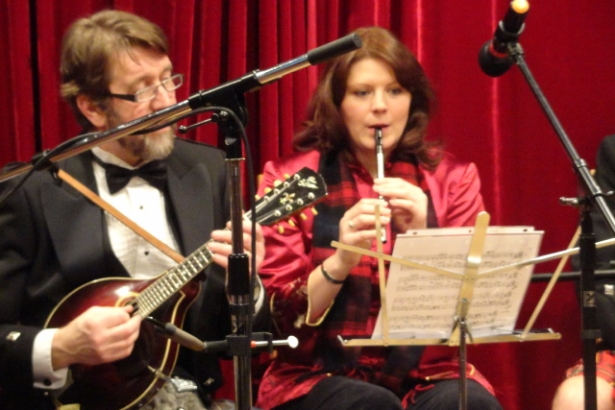 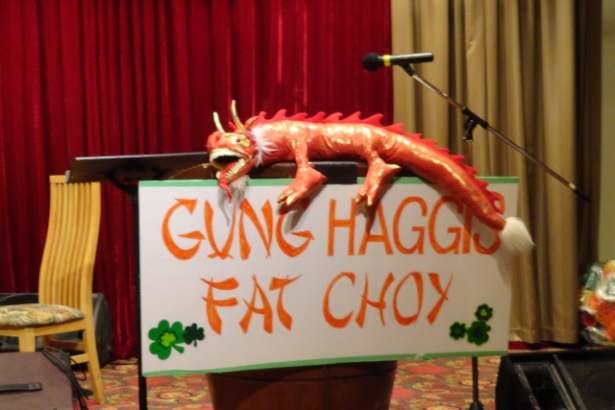 At the annual Gung Haggis Fat Choy, Floata Restaurant in Chinatown became a sea of Scottish kilts and shimmering Cheongsam dresses. The event, now a famed tradition (celebrated also in Seattle, after having originated in Vancouver), blends Chinese New Year with the Scottish Robbie Burns Day. The tradition began in 1993 when Todd Wong, a fifth-generation Chinese Canadian, was asked to help with the Robbie Burns celebration at Simon Fraser University.

The event, which turns out a large and enthusiastic crowd each year, brought together guests for a lively evening of music, food, poetry and dancing. More photos below: 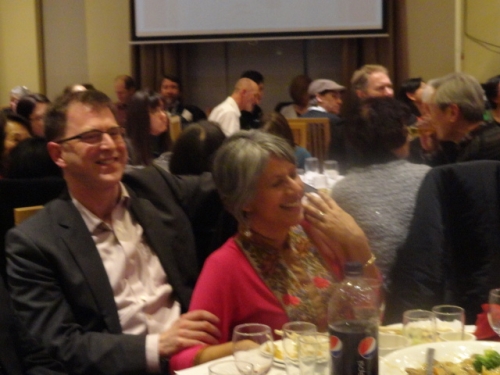 BC NDP leader Adrian Dix with his wife, poet Renée Saklikar. The evening was part of their anniversary celebrations.

"I'm here tonight because my wife is performing," Dix said. "Todd (Wong) does an amazing job and the event --- what it means to Vancouver, what Todd brings together, is an inspiration. And it's actually my anniversary, so we're celebrating here tonight." 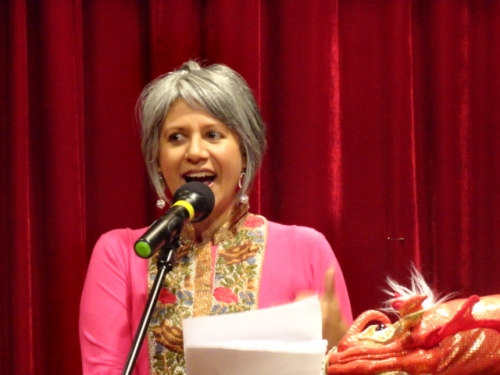 Saklikar reads a poignant poem about BC's racialized past and present. 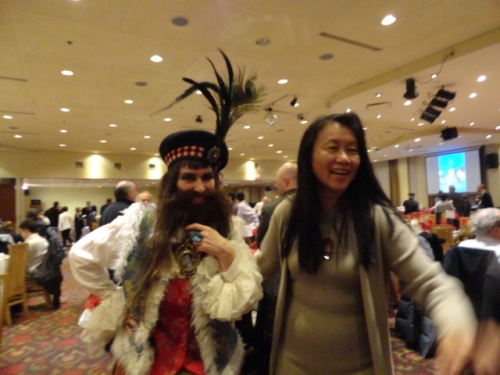 The Bearded Lady makes an appearance in thick blue eyeshadow and a matching ring. She posed for photos all evening. 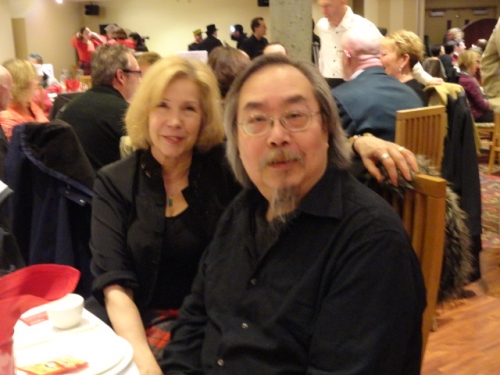 Marlene Enns and Sid Tan: along with Enns' partner and Ricepaper magazine co-founder Jim Wong-Chu, they are two longtime builders of Vancouver's Asian Canadian arts and literary scene who come to the event every year.

Scottish and Quebecois songs from the superbly talented Jocelyn Petit Band brought the crowd to its feet. Petit (video to be uploaded soon), centre, is a young artist of mixed heritage herself, with a Malaysian mother and French-Celtic father from the famed Bretagne region of France. 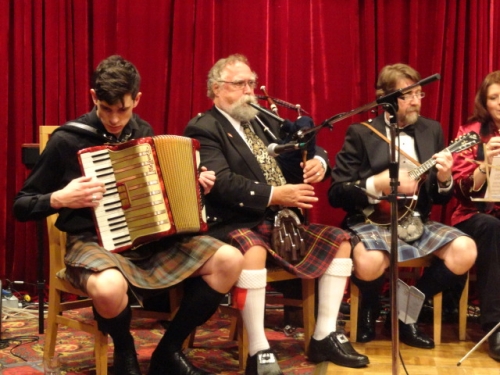 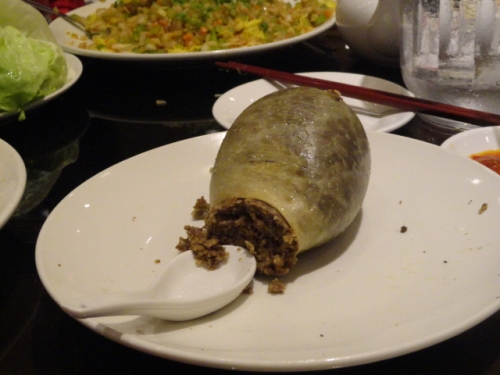 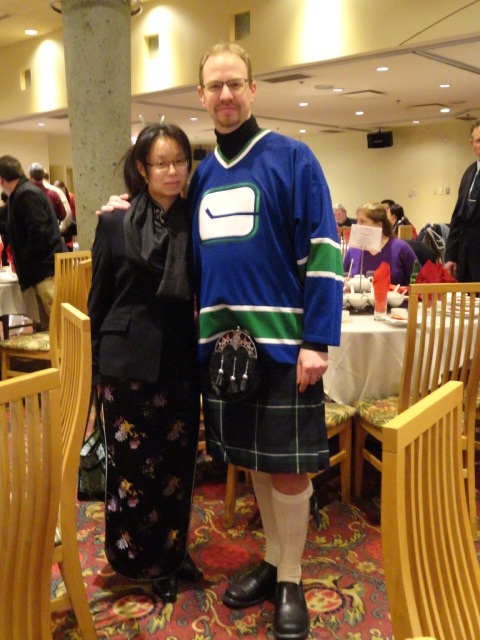 Shirley Soo and Mark Ryan. Ryan explained that it was their first Gung Haggis event: he is Scottish, while she is of Chinese background. 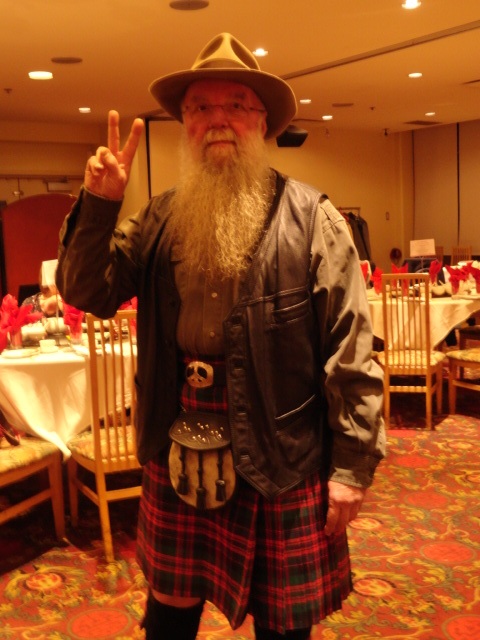 While many guests had a creative mix of kilts and Cheongsam dresses or Chinese-style shirts, a handfu showed up in full Scottish costume, like Tod Jensen. 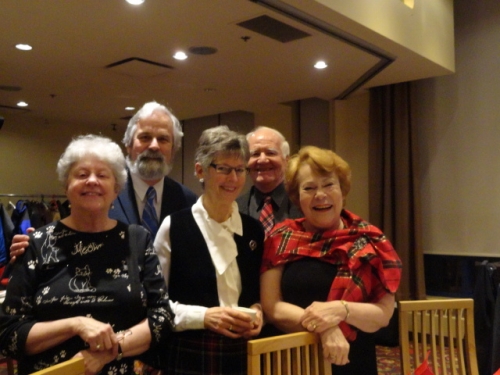 Terra Breads takes lead in business-arts partnerships by sponsoring PuSh Festival's "Do You See What I Mean?"

Not just for foodies: must-go events this weekend in Vancouver

Sundance music documentaries that will rock your world

M-O-N-E-Y: Why government investment in culture pays off

Fashion maven Diana Vreeland has the most interesting film this week, not Parker or Hansel and Gretel