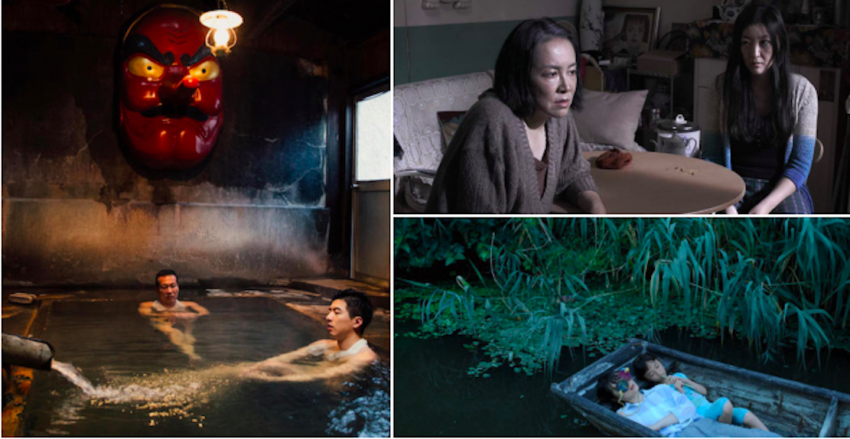 For aficionados of Chinese movies, the annual Vancouver International Film Festival brings welcome relief from the tedious fisticuffs of Cineplex kungfu flicks. Documentaries have mainly headlined the Chinese menu in past VIFFs. But this year, we’re treated to a trio of fictional offerings.

It’s an approach largely pioneered by legendary Taiwanese cineaste Hou Hsiao-hsien, who has used it to direct a score of his own acknowledged masterpieces since 1980 and produce a dozen more by other auteurs. Foremost among Hou’s protégés has been Taiwanese director Hsiao Ya-chuan, whose latest opus, Father to Son (范保德), graces the VIFF bill at International Village next week.

The film is a tad more ornate than Hou at his minimalist best, but on the whole lives up to the Master’s legacy. The scene is set in Chiayi, a whistle stop on Taiwan’s east-coast rail line, where everyone’s known everyone else all their lives – at least those who haven’t made their getaway to the urban Big Time of Taipei or abroad. Those left behind are held in place by ties of avowed or secret love – some buried sweetness that snares them like bugs in a Venus flytrap.

The story’s central axis revolves around a taciturn local handyman/inventor (JQ Huang, 黃仲崑) and his son. Huang’s character learns, on his 60th birthday, that he’s fatally ill. Rejecting medical help, he instead hazards a tongue-tied reunion with an old flame and a joyless debauch with a roué neighbour. Finally, accompanied by his son, he treks to Japan to search (in vain) for his own long-lost father who abandoned him half a century ago.

Subplots entangle this main storyline, a skein so dense (what with all the flashbacks) that we soon give up trying to keep track of it all. Not that it matters much, anyway. More than narrative detail, the film relies on Hsiao’s measured directorial touch and the understated gravitas of Huang’s performance. Rather than a dramatic climax, we’re left in the end with a pervasive sense of cyclical karmic connection linking all the characters’ bittersweet solitudes.

Bittersweet karmically linked solitudes – with accent on the bitter – also absorb mainland indie film-maker Yang Mingming. She both directs and co-stars in Girls Always Happy, her debut feature film, which had its Canadian premiere at VIFF. Together with her co-star, actress/producer Nai An, Yang serves up a “dramedy” about the co-dependent love-hate relationship of a mother-daughter ménage à deux in one of Beijing’s dwindling hutong pockets, picturesquely slummy warrens of single-story courtyard houses.

Yang, 30, herself grew up in a hutong and, like her persona in the film (and so many Gen X intellectuals in China), she bravely fends her own way IRL as a freelance auteur. Not to be outdone by her literary daughter, Nai, the mother, writes acerbic poetry despite her limited education, truncated (like that of most Chinese baby boomers) by the Cultural Revolution (1966-77).