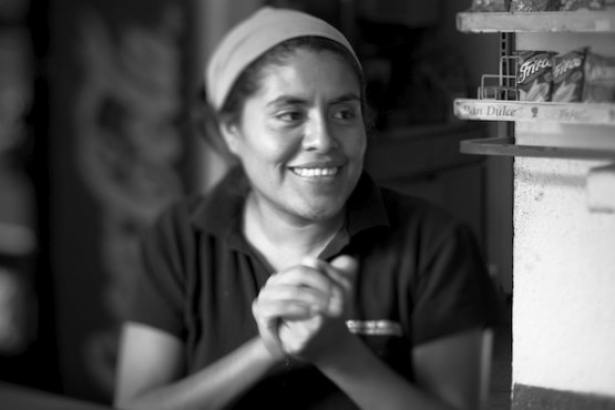 The Vancouver Latin American Film Festival (VLAFF) has come a long way, from  a three–day festival with 10 films shown at one venue to becoming one of the  major forces promoting Latin American arts and culture in Vancouver. Its 11th edition  brings a captivating line-up of 60 feature and short films in 11 languages  from 21 countries to the city.

The screenings take place at the SFU Woodward Building, SFU Harbour Centre and the Pacific Cinemateque  from August 30 through September 8th.

Here some of the films in the line up this year:

A still from the "Girl of the South". Source: VLAFF

The Girl From  the South (La chica del sur). Argentine director Jose Luis  García was in Korea in 1989 documenting with a VHS camera the World Festival of Youth and Student in Pyongyan, North Korea. There, he was inspired by the presence of Lim Su-Kyung known as “the flower of unification”, a young activist from Seoul who spoke about the peaceful reunification of the two Koreas.  She also dared to announce  that  she would cross North Korea and South Korea's military border by foot, an act that could lead  to imprisonment or even death.  Twenty-years later, García returns to South Korea to find out what has become of this fearless heroine.

Eufrosina’s Revolution (La revolucion de los alcatraces) Director: Luciana Kaplan, Mexico. When Eufrosina Cruz Mendoza, an indigenous Mexican woman, was young she campaigned to fight  teen pregnancy and domestic poverty. In 2007, she  ran for mayor of her city Santa Maria Quiegolani in Oaxaca, but her victory was rejected because she was a woman.  Driven by  her desire to not remain ignored, Eufrosina became an activist promoting gender equality within indigenous communities and morphed into an icon for many Oaxacan women. Later, she would become one of the first indigenous women in Mexico to become a member of the Parliament. (Filmmaker in attendance).

From Tuesday to Tuesday by Gustavo Fernández Triviño (Argentina) A bodybuilder who works in a factory is constantly bullied by his boss and coworkers for his muscular physique. He dreams of quitting his job and opening his own gym. One day he witnesses a crime and contemplates what to do with the information.

Building Royale by director Ivan Wild (Colombia, France, Venezuela) Building Royale had its hey day as a luxurious condo in the 1980's --but no more. It's an ordinary Sunday, the building's manager handles the needs of her tenants following the advice of a tarot reader, an embalmed dead man lays in home's living room,  a plague of cockroaches is about to explode. And to make things worse, a health inspector makes an unexpected visit, driving the maintenance man into a panic, who tries to keep up appearances at all costs. Producer in attendance.

VLAFF will be commemorating the 40th of the military coup d’état that stripped Chile’s democracy on September 11, 1973, with the special screening of the highly acclaimed film NO. Pablo Larraín’s Academy Award-nominated thriller,  based on the unpublished play El Plebiscito by Antonio Skármeta, follows a Chilean advertising wizard (Gael García Bernal), who created and successfully carried out the   “No” campaign for the 1988 plebiscite in Chile,  to decide whether or not to  keep dictator Augusto Pinochet in office for another eight years. 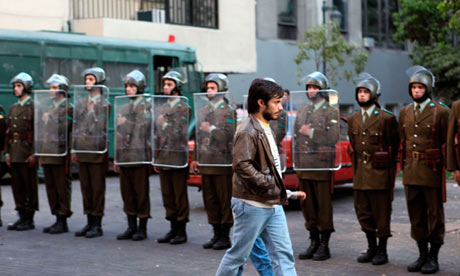