From Steve Jobs to the godfathers of beat poetry: 3 biopics to watch at Sundance 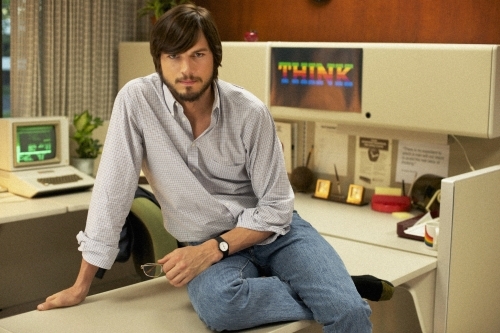 The Sundance Film Festival is in full gear in Park City this week with a phenomenal line-up of films. Here are three buzz worthy biopics premiering at the festival this year, starting with jOBS:

Ashton Kutcher plays Steve Jobs, the beloved visionary and late co-founder of Apple, in "jOBS." The film, which is director Joshua Michael Stern’s third feature film, unfurls the story of Jobs from his beginnings as an unknown college dropout to the birth of Apple and his rise as an iconic technological and cultural figure. Kutcher stars alongside Dermot Mulroney, Josh Gad, Lukas Haas, J. K. Simmons, and Matthew Modine.

The film unveils the little known story about the murder investigation that brought the the godfathers of beat poetry together as young men. This is the feature directorial debut of John Krokidas (Shame No More; Slo-Mo), starring Daniel Radcliffe, Dane DeHaan, Ben Foster, Michael C. Hall, Jack Huston, and Elizabeth Olsen.

Overwhelmed by the success of his seminal book, On the Road, Jack Kerouac struggles with depression and alcoholism. He retreats to Big Sur, the coastal California town that inspired his eponymous novel published in 1962. Directed by Michael Polish, the film perches its story during this tumultuous moment in Kerouac’s life and his desire for redemption. Jean-Marc Barr plays Kerouac, alongside Kate Bosworth, Josh Lucas, Radha Mitchell, Anthony Edwards, and Henry Thomas.