A rising tide that swamps all boats 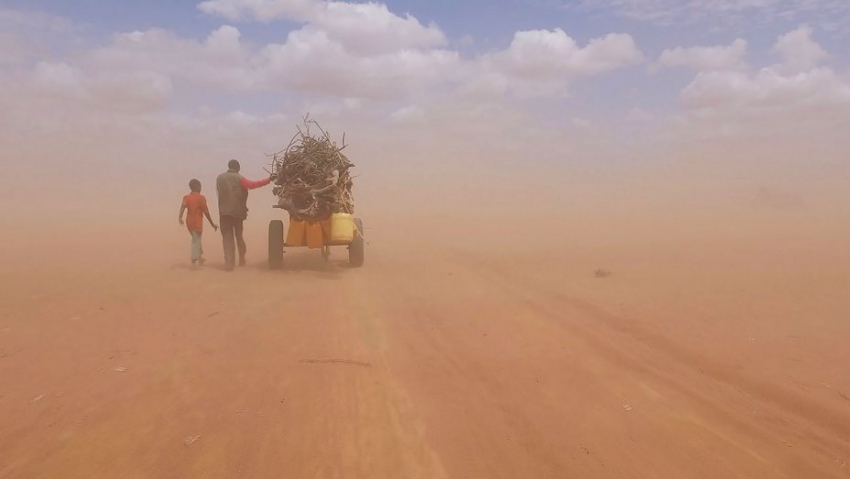 But when the Lord says 'ready,' you gots to move. Photo: Ai Weiwei

But if you Google人流, you have to drill way down to find any mention of Ai or migrants. Instead you get page after page of ads and handy household tips on how to induce your own miscarriage as a means of DIY population control.

The Google ranking is likely to change later this year, once the movie – now premiering at VIFF and festivals worldwide – finds its way onto theatrical screens and earns due recognition as the definitive cinematic take on the international “refugee crisis.”

But he’s too much of an artist to get shrill about it. Instead of cutting to the polemical chase, he circles around the crisis in a 140-minute montage of vignettes. He sweeps us from the beaches of Lesbos to the wadis of Jordan to the doabs of Bangladesh to the “jungle” of Calais to the smoldering rubble of Mosul to the teeming alleys of Gaza to the scrubland of the TexMex border.

Along the way, he offers bird’s eye views – drone shots of favelas; sprawling tent cities; long, slow aerial pans of migrant hegiras and militarized no-man’s lands; armadas of flotsam life rafts; besieged crowds scattering like smashed ant hills. Then there are the worm’s eye views – sodden sleepers in puddled trenches, sand-blind trekkers braving a sirocco, starvelings on a soup-line; the boredom of endless waiting, the panic of sudden pogroms, the hells left behind, the limbos ahead.

Aid workers and “international civil servants” spout statistics, brief us on background particulars and plead for relief. News headlines scroll across the screen, plus occasional quotations unfurl from religious or poetic texts, or high-minded (and oft-flouted) multi-lateral declarations of principle.

Now and then, Ai himself shambles onto the scene, a shaggy bear of a man lending an empathetic ear to heartrending first-person accounts. Sometimes his refugee subjects speak without words in formal, static, full frontal cameos, their travails etched into their silently eloquent faces as they pose against a backlit tent fly or a chain-link barricade.

There’s a paradoxical beauty and dignity to these portraits in pain. And beauty, too, in the spontaneous layouts of the encampments, the trudging migrant caravans, the refugees’ make-do garb and shelters, the overstretched relief efforts. Swaddled in their Mylar warming blankets (courtesy of MSF), a busload of freshly rescued and soon-to-be deported African boat people shines with the sparkling allure of a box of foil-wrapped bonbons.

One feels a sneaking guilt in even noticing Ai’s aesthetic choices in Human Flow. Yet, as Oscar Wilde reminds us in The Picture of Dorian Gray, “Behind every exquisite thing that existed, there was something tragic. Worlds had to be in travail, that the meanest flower might blow...”

Sterile aesthetics, though, are not the Weiwei way. For his decades of human rights advocacy, Ai has earned international acclaim and a lengthy arrest record in his native China.