Without Yvonne Rainer, the world of contemporary dance would not be what it is today. 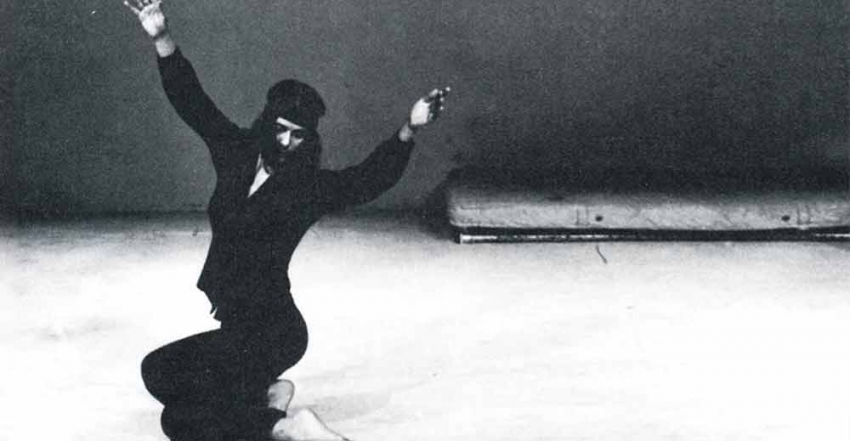 An archival image from "Feelings are Facts: The Life of Yvonne Rainer", at the Vancouver Queer Film Festival last Monday.

Without Yvonne Rainer, the world of contemporary dance would not be what it is today.

When you see pedestrian movement, gesture scores, improvisation-based work, or non-matrixed performance where the everyday assumes importance by spotlighting it as a performance modality, you see the choreography of Rainer.

Director Jack Walsh, present at the screening of the Vancouver Queer Film Festival’s one-night showing of Feelings are Facts: The Life of Yvonne Rainer last Monday, has created an engaging, fascinating look at a maverick contemporary-art leader.

Still working at age 80, Rainer came to dance late, with a difficult body for dance: little turnout and flexibility, with a long torso and short legs.

Upon arriving in New York City in the mid-fifties, Rainer began hanging out with the poets and artists of the day. Taking modern dance class first at the Martha Graham School and later with innovators James Waring and Merce Cunningham, she was inspired by their influence in philosophy of art.

At 27, she approached the Judson Church, and along with Steve Paxton, Fred Herko, David Gordon, Alex and Deborah Hay, Elaine Summers, William Davis, and Ruth Emerson, created an artistic practice that would move the post-modern art world forward.

Walsh tells her story in a fluid edit that moves from interviews of Rainer speaking of her life to fellow artists including those like Valda Setterfield, still alive, and seminal artists of the mid-century. Footage from the era is thrilling. Sadly the days of video-recording everything were not as relevant to the here-and-now generation.

It is her coming out at the age of 56 and life with love Martha Gever that has the film included in the Vancouver Queer Film Festival. Her path to feminism through the seventies and eighties are important chronicles of the era.

Never one to feed on ego, though certainly ambitious, for Rainer it is enough to still have foundations giving her money to create work and continue her art form. It was never about the appeal of mass media or popular culture but rather expressing her inner world to the public.

Her statement at the end of the film: “I love existing in front of spectators, “ could mean one person or 100 but with this film, hopefully, it reaches many more.