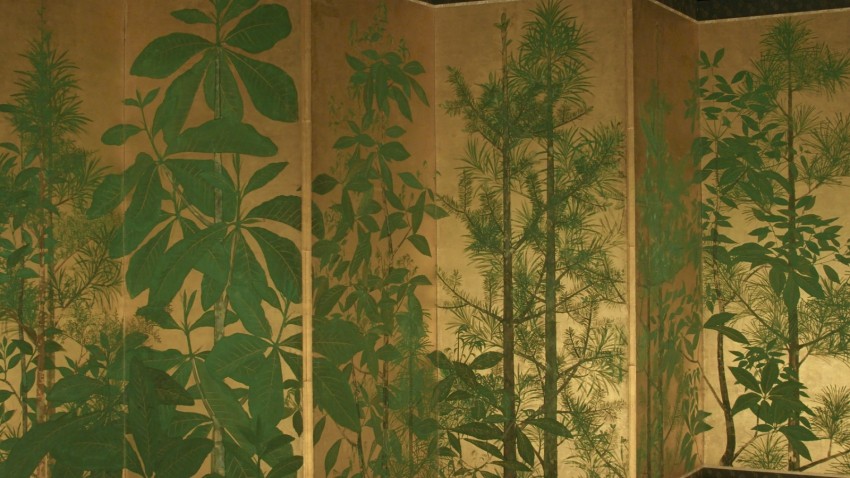 Edo saw the forest for the trees. Images: VIFF

This year’s VIFF treats visual art lovers to  a pair of eye-popping  art films about art and artists – Edo Avant Garde and  Ursula von Rydingsvard, Into Her Own. To call them “documentaries” hardly does justice to the impressive feats of the two directors, Linda Hoagland of Edo and Daniel Traub of Ursula,

They manage to hold our interest for the duration of feature-length movies without overriding focus on characterization or narrative storylines. Rather, the “stars” of both films are the artworks per se – massive and bold, lovingly parsed by genius cinematographers (Japanese Academy Award winner Kasamatsu Norimichi for Edo and Traub himself for Ursula) in lingering tracking shots, zooms and heady overviews.

The two films feature artwork widely separated in time and place and style. Edo focuses on painted masterpieces by dozens of Japanese artists (many anonymous) from 250-400 years ago, while Ursula homes in solely on its titular sculptress, whose 77-year career encapsulates much of the turmoil, travails, technology and, latterly, celebrity culture of our own Western times.

Still, there’s a lot in common between von Rydingsvard’s opus and that of the Edo masters. Sheer size, for one thing: Edo folding screens run up to 24 feet long and six feet high, while Ursula’s latest sculptures loomr over multi-story buildings. Yet, unlike touch-me-not wall-hanging gallery art, the featured works in both films invite the viewer to enter into and inhabit them.

In Japan’s “floor-sitting culture,” the Edo paintings were meant to be viewed at ground level from a tatami cushion. And their hinged sections allow you to move them from room to room, reconfiguring space and perspective as suits your aesthetic pleasure. Likewise, even the most towering of Ursula’s sculptures abound in crannies that lure you to step in and finger the meticulously textured surfaces.

Then, too, both the paintings and the sculptures are defiantly non-representational – obviously so, in the pure shapes of Ursula’s enormous installations. But even the Edo paintings, although clearly “about” some recognizable subject and often minutely observed from life, don’t bog down in naturalistic literalism. Rather, they cultivate a studied ambivalence about the perspective, point-of-view, time and place of the depicted vignettes.

Lots of blank open spaces emphasize the purely rhythmic dimensions of the Edo artwork (further underscored in the film by composers are Satoshi Takeishi and Shoko Nagai’s understated traditional Japanese instrumental score). As pointed out by one of the many art historians quoted on the narrative track, the Edo painters were striving for elegance, not plodding accuracy.

And elegance was at a premium during the Edo period (1603-1868), a long interlude of peace, autarky, isolationism, economic growth and stable population in the wake of a century-long civil war. In the anarchic run-up to Edo, art had been the exclusive preserve of warlords, holed behind the dingy lancet windows of their fortified castles. They favoured huge, rigidly formalistic, heavily gilded screens not only to flaunt their wealth to each other, but also to maximize what little light could trickle into their donjons.

But in the Edo heyday arose a peacetime elite of underemployed, aestheticized samurai and new class of moneyed merchant commoners could afford as much gold (and gold leaf) as many daimyos of old. They lavished it upon a new class of entrepreneurial artisans. The works were displayed in the open, airy settings of garden villas, often featuring installation-style social occasions of real-time combined painting, calligraphy and poetic composition. 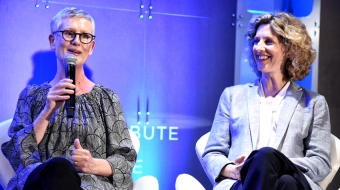