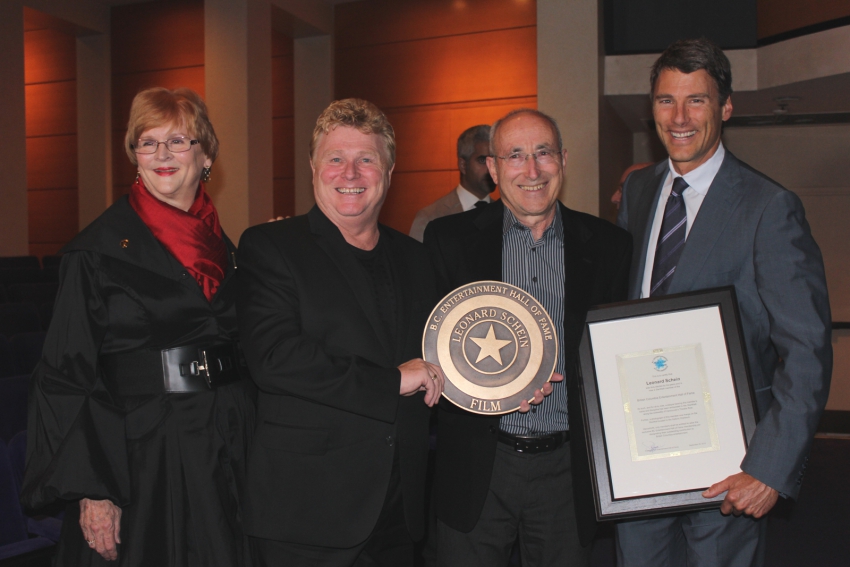 Last night, the Vancouver International Film Festival celebrated its opening gala with the induction of Leonard Schein into the Entertainment Hall of Fame at the Centre for the Arts. The induction took place during the screening of Wildby Canadian filmmaker Jean-Marc Valleé. 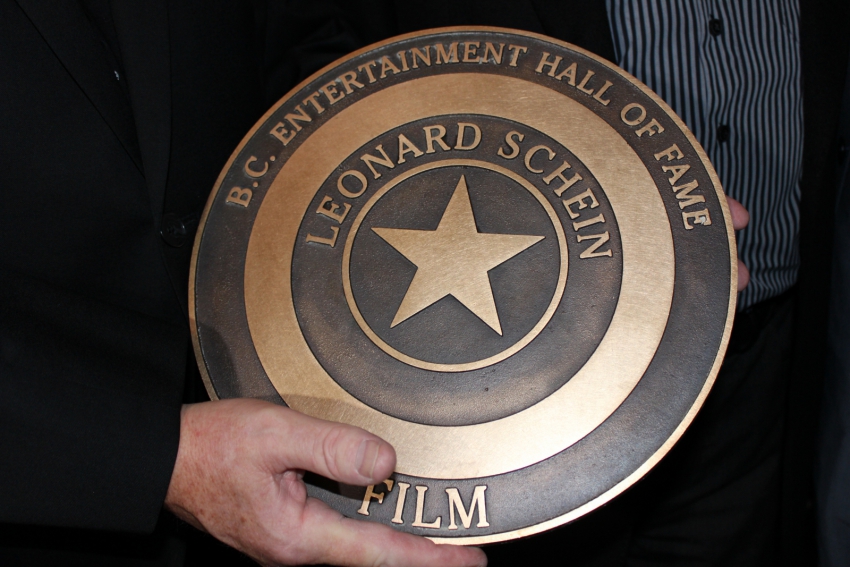 It takes four years -- from application time -- to select the recipients of the coveted award, explained Ball. 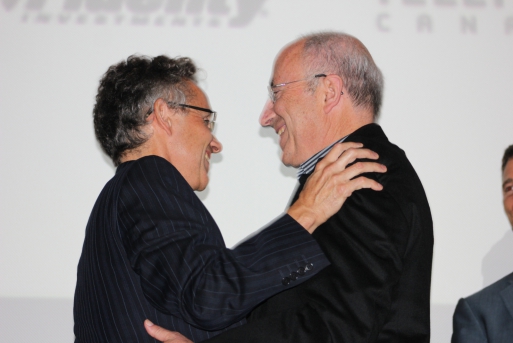 Schein with Alan Franey, VIFF director of Programming and former VIFF director. Franey worked along with Schein since the festival's early days. Photo by Pamela Grcic. 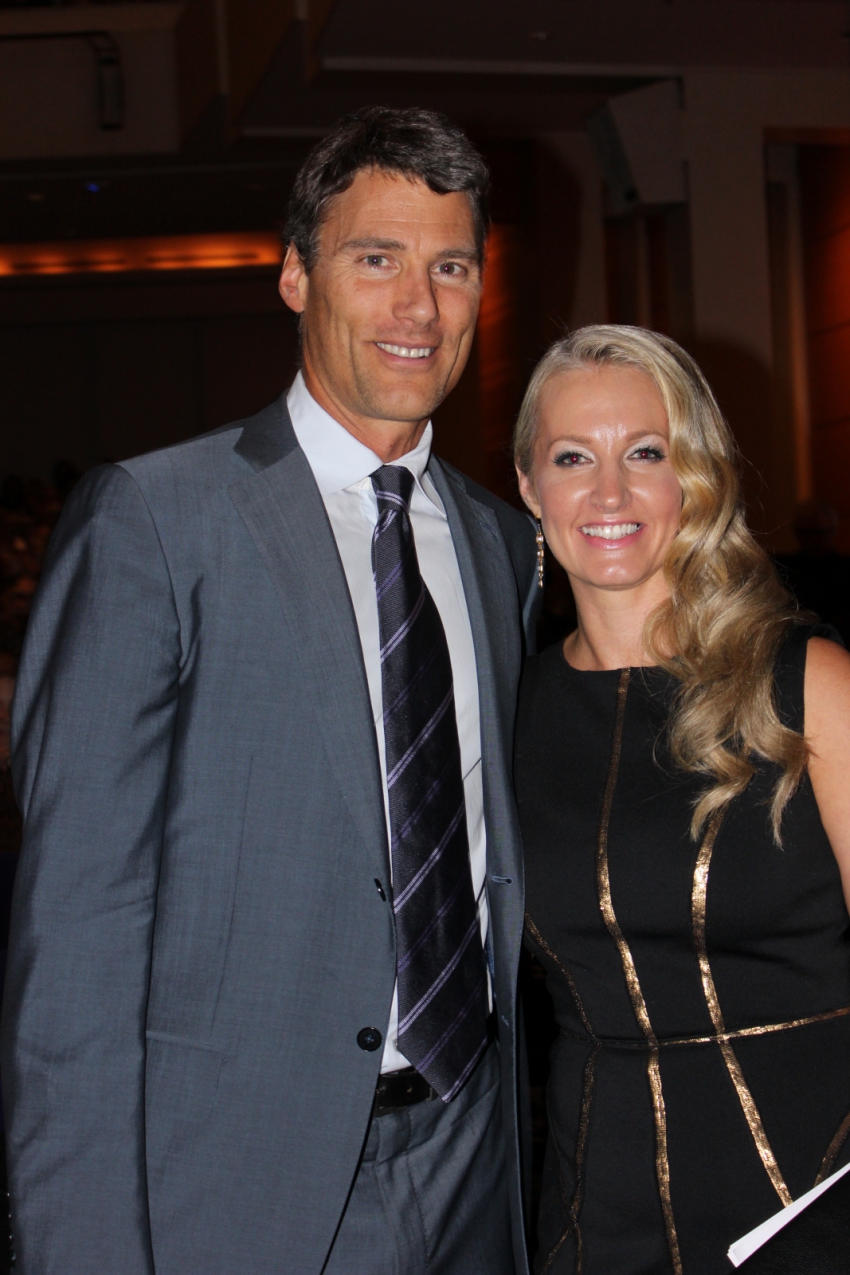 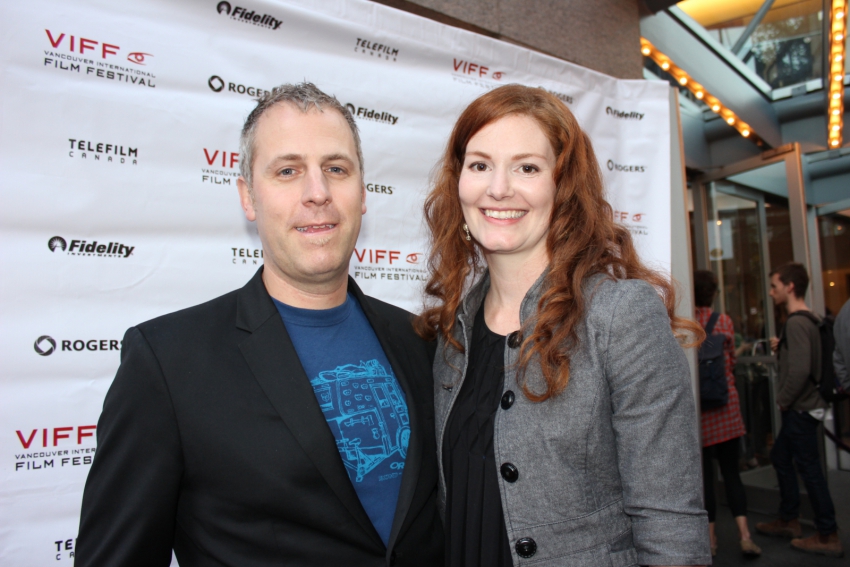 The winning film was Just Eat It: A Food Waste Story, an eye opening documentary on the excess of production and waste of food by director Grant Baldwin and his wife, producer Jen Rustemeyer.