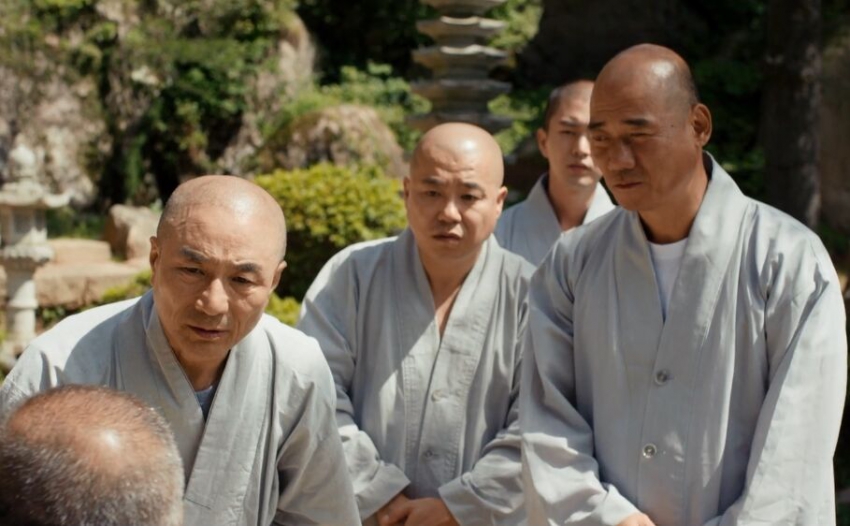 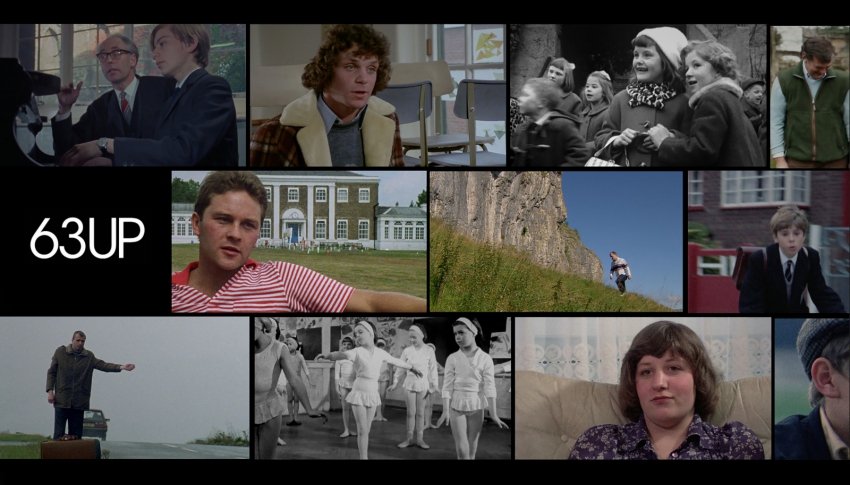 “Give me a child until he is seven and I will show you the man.” So said Aristotle some 2,400 years ago, and the maxim still holds true across centuries and continents, as demonstrated by two stunning entries in this year’s Vancouver International Film Festival (VIFF).

Much-lauded polymath British cineaste Michael Apted explicitly adopts the quote as the starting premise of his signature documentary Up series. The films check in every seven years on a recurring cast of dozen-odd Brits from widely varying class backgrounds as they navigate the real-life passages of their disparate careers. Apted’s latest, 63 Up, is the ninth – and, actuarially, quite likely the last – iteration of the series.

Up-and-coming Korean director Moon Jeong-Yun implicitly expounds Aristotle’s insight against a very different cultural and aesthetic background. His new film, Samsara, which world premieres this week at VIFF, centers on the evolving rapport between a stern hermit monk (Son Kyounh-Won) and an abused wraith (Cho Hyun-Seo) whom he salvages from a foundling home and molds into his Zen disciple.

Over the half-century course of Korea’s “economic miracle,” their Zen order morphs into a very big business, with lucrative subsidiaries in property development, media, mortuary services and pilgrimage tourism. Oblivious to all this in the isolation of his mountain fastness, the old recluse retains nominal authority over the Zen sangha as a sort of brand icon.

Meanwhile, though, the little orphan has evolved into an ambitious monastic executive (Kim Myung-Gon) angling for the order’s top CEO slot. And the hermit’s three junior disciples have each flourished in their own way, as a real estate wheeler-dealer (Hong Hee-yong), a charismatic celebrity self-help author (Jung Jun-Young) and a sybaritic playboy monk (Kim Joon-bae), respectively.

Plucked out of the samsara (roughly, karmic entanglements) of their earthly lives by an urgent summons back to the mountain hermitage, the four disciples find their old Master (Lee Young-Seok) now plunged deep into senility. Each disciple in his own way scrambles to “manage” the incontinence, incoherence and unpredictability of the old man while concealing the brand icon's decline from the outside world – a set-up for sometimes slapstick, sometimes bitingly satiric and often touching vignettes.

But it’s only the senior disciple, the wraith-turned-CEO, who, through a series of flashbacks of his decades of discipleship with the old hermit, comes to understand the Master’s present dotage as a practical Buddhist Emptiness Teaching of the highest order. Kim Myung-Gon – a veteran screen star and traditional storyteller who served a turn as South Korea’s culture minister – conveys this deepening awareness with tactful sensitivity, while another actor, Park Min-Woo, depicts the same character’s evolution as a younger monk in the flashbacks: the ascetic ordeals, the crises of doubt, the self-imposed exile from the hermitage, the love and fear of the Master.

It takes three actors to play the senior disciple and two to play the hermit over the course of their 50-year relationship. (For that matter, it takes eight disparate temple locations, 30 outdoor settings and four years of shooting to assemble the hermitage and environs so exquisitely conveyed in cinematographer Park Kyeong-Gyun‘s lush imagery). Yet the composite characters and scenarios meld seamlessly into a parable of how childhood happenstance can prefigure a life arc to enlightened maturity. And then maybe guide us back to the childlike Zen clarity of a “beginner’s mind.”

The life arcs in Apted’s 63 Up, with nine septennial flexion points behind them, seem bent on a like curvature. The trajectories hadn’t always been so clear in previous installments of the documentary series. Several of the participants, particularly the women, took issue with the Aristotelian premise that one’s adulthood faithfully recapitulates one’s childhood self.

Maybe so for the toffs among them – e.g. the preppie turned Oxonian turned QC solicitor. But how to account for the rambunctious Cockney tyke turned racecourse tout turned cabbie turned Spanish property magnate turned Brexiteer? Or the Yorkshire farm boy turned emigré nuclear physicist in the throes of divorce? Or the bright little ballerina turned into a harried single mother? Or the eloquently dreamy kid turned into a homeless, druggie hobo. Or the perky mixed-race foundling reduced to a packing plant wrangler with a brood of alienated offspring from failed marriages. And so on for up to 14 cases in each successive film.

Most of the “Up” kids came to find the series burdensome. They’d dread having to give such a public and up-front accounting of their lives every seven years. With an audience of millions, a kind of Heisenberg uncertainty principle kicked in: the fact of documentation could itself shape the biographic content. We, the worldwide public, came to root – or fear – for our favorites.

A few of the participants opted out of the project (some of them rejoining after a lapse). Since 56 Up, Apted’s last edition, one of the subjects, a saintly librarian, has died and is touchingly eulogized in the new film. Another one, the physicist, is terminally ill, sharing on-screen his thoughts and feelings about his immanent death.

But pretty much all of them wax somewhat philosophical in the latest film. Their age allows for a more detached overview of their lives, closer to our own objective audience perspective, reducing some of their angst and mitigating the Heisenberg effects. And many of the stories arc back to unexpectedly positive resolutions: the hobo turned community activist, the QC turned philanthropist, the Brexiteer turned Remainer, the foundling turned to an honored pater familias and so on.

In each of the 63 Up portraits, Apted splices in archived material from previous iterations – a backlog that now makes for exceptionally rich characterizations which leave you avid to learn what happens next. We can only hope that seven years from now, when his surviving subjects hit 70, Apted, at age 87 by then, can still deliver us another fix.