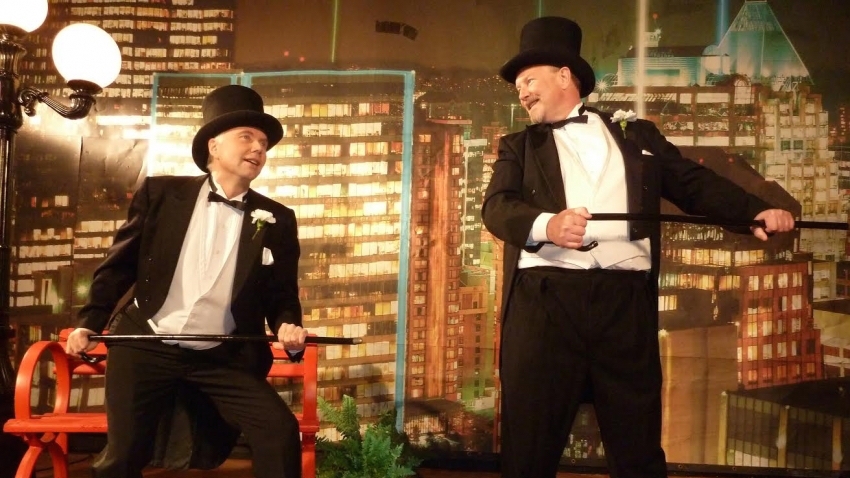 About two years ago, Ross Munro and his wife María were juggling their work-schedules, their shooting-schedule and their crew’s schedules in order to complete the final scenes of A Legacy of Whining, the director’s second feature film.

These days, the Munros are facing a similar frantic routine, but the situation is a completely different one. Now, they are running from one interview to the other, while answering emails and phone calls regarding the world premiere of the movie, which will take place on April 5, 2016 at Vancity Theatre.

The overall feeling is also different. Previously it was a matter of discipline and hard work; now, it’s all about savouring the fruits of those efforts. Munro is amazed at how, as independent filmmakers in an expensive city, they were still able to reach their goal.

“What surprised me the most was that we were able to pull off everything we wanted to achieve throughout filmmaking as we had so many roles, sets, locations, costumes- a lot of it by the skin of our teeth but we all survived the process and created a pretty cool film!” he says. 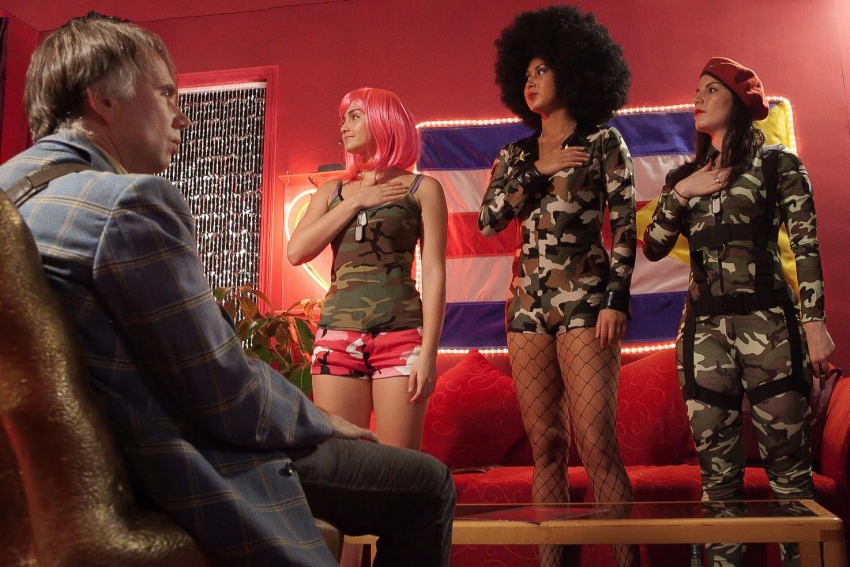 Production photo courtesy of 'A Legacy of Whining.'

The filmmaker and his wife wore, indeed, a lot of hats.

Not only was he the director, he also stars in the film as one of the main characters and, on top of that, he wrote the script. María, on the other hand, was the producer, art director and costume designer. Their partner at Next One Productions, Ron Heaps, was the cinematographer.

But the trio also relied a lot on volunteer work. “It’s a great time to be creative person in this world!” Ross says, after explaining that they were able to find other people as passionate about filmmaking as they are.

“We were able to convince those amazing people that our project was something worthwhile and that we were offering them an opportunity to be surrounded by other amazing creative and committed individuals.”

By sending emails to specific communities’ mailing lists, by relying on former classmates, and by enlisting the friends of a friend, they gathered a crowd of allies.

And even though the process of shooting ended more than 12 months ago, the director says that the close ties remain untouched.

“All the people who worked within the community of our film are still very committed towards the film as the majority still stay in contact and we all support each other in whatever ways necessary.”

People. A devoted group of people was what allowed these creative minds to overcome the challenge of “trying to have enough money and time to shoot everything the way you envision it,” Ross says.

Because the reality is that “you are constantly having to change up things as you try to follow the lightning-fast pace and do-it-yourself spirit of indie film production.” 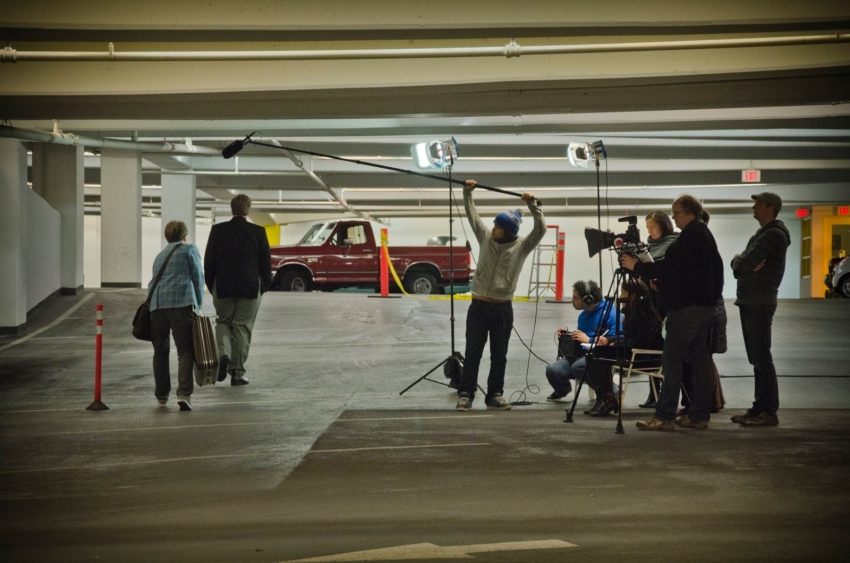 Shooting in a parking lot in Gastown. Photo photo courtesy of 'A Legacy of Whining.'
So, what’s the final product like?
A Legacy of Whining is a comedy that pays homage to “the great buddy movies” that Munro grew up watching in the 1970’s. It follows two high school friends, Mitch (Munro) and Dunc (Robert David Duncan), who get together after 30 years without seeing each other.
As they embark on a nocturnal fever dream of a journey, the ghosts of both past and present collide, as old emotions and resentments bubble to the surface.
According to Munro, “A Legacy of Whining not only throws gasoline on the familiar cinematic trope of male mid-life crisis but also watches gleefully as it sits back and throws a lighted match onto the proceedings.”

The film intends to attract its natural audience, which would be people over 45 years old because, according to the director, there aren’t a lot of movies out there that address the everyday concerns and issues involving middle-aged to older fellows.

“They would hopefully be able to relate to what the characters are going through,” he says.

But Munro would also like younger audiences to see the film. “All young people should be required to see A Legacy of Whining so they can learn how not to grow up like my characters,” he laughs.

Still, in all seriousness, he is convinced that teenagers and young adults would also enjoy the comedy because “you don’t have to be old to be going through a crisis of self doubt.”

Full disclosure: The writer was one of the volunteers for this movie.