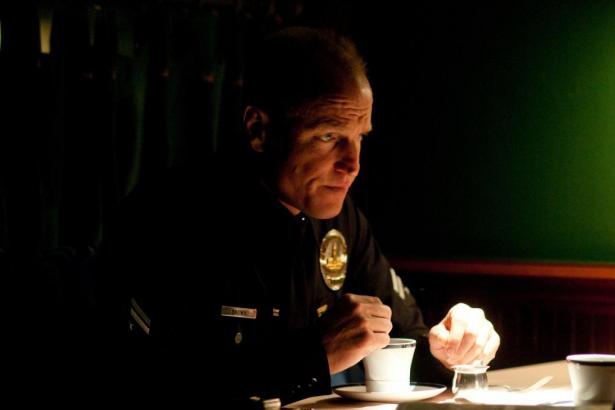 Rampart is gritty from the start. Harrelson stars as Dave Brown – a Vietnam veteran turned renegade cop. Brown is one of those guys who, to put it mildly, happens to be one of life's chain smoking, sunglasses wearing, non-eating, all drinking, sex addicted flames of fury. And it's a hell of a ride he takes to the bottom.

Truth be told, Brown is already on a downward spiral when he is caught on camera beating a suspect in a neighbourhood park. But from then on, things take a turn for the seriously weird and the devastatingly heavy.

Rampart shares several common themes with films written by Paul Schrader (Taxi Driver, American Gigolo, Raging Bull, Bringing out the Dead). In other words, one man's descent into hell and his life within it. Interestingly enough, Harrelson starred in Schrader's The Walker in 2007 so there's a fair amount of common ground between the two parties.

Rampart is explosive, destructive, and positively thunderous. Police films seem like a tough gig to write – which is why many are variations on the same theme. Rampart isn't entirely new or different to the genre, but in this case it is more of a character study than a police procedural movie. It's a tough watch, but it zips along and by the end of it, one man's detonation becomes gripping enough to make you want to view it all over again.

Rugged, brutal, shocking and malevolent, Rampart is an excellent piece of work from start to finish.

Extras include behind the scenes feature and an audio commentary by director Oren Moverman.

Rampart is released on DVD and Blu-Ray on May 15.