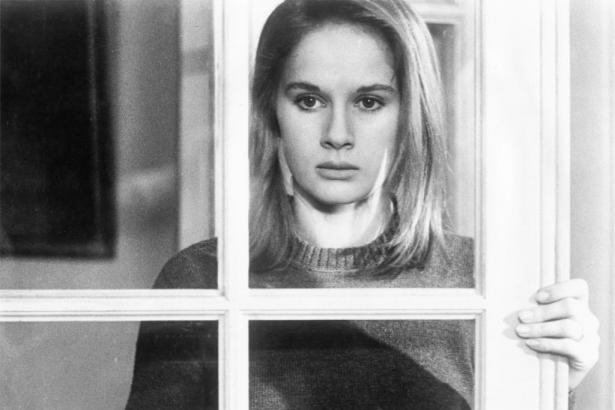 In the entirety of film history, one is hard-pressed to find many filmmakers as singularly revolutionary and uncompromising as Robert Bresson. Beginning April 4 and running through the month, Pacific Cinémathèque is treating filmgoers to a rare treat with their Robert Bresson retrospective; a chance to screen the director’s entire oeuvre on the big screen.

The director, a spiritual, if not aesthetic, father to many in the French New Wave, was famously praised by Jean-Luc Godard with the proclamation, “Bresson is French cinema, as Dostoyevsky is the Russian novel and Mozart is German music.”

In a scant 13 films over a lifetime, Bresson produced a body of work that sought to define nothing less than a new language for filmmaking. Considered as a whole, these films—beginning with Les Anges du péché in 1943 and culminating with the masterful L’Argent in 1983—offer precious insight into Bresson the auteur, an artist who diligently refined his aesthetic with each film, dismissing all he considered inessential in film form and performance until ultimately the medium is nearly unrecognizable.

Bresson, by his own standard, did not seek to produce “cinema,” a term he used to classify conventional filmmaking. He saw “cinema” as little more than filming the theatre, an appropriation and cheapening of another art form’s power. In progressively eschewing the accepted style of professional actors, moving cameras and music-saturated soundtracks, Bresson aimed to liberate his filmmaking from the stage, an evolution he believed would lead the medium to its true and inherent voice.

Bresson dubbed his type of filmmaking “cinematography,” not to be confused with the more widespread use of the term, which denotes exclusively camera work. Unprofessional, affect-less models (as distinct from actors), an emphasis on and foregrounding of selected natural noises in the soundtrack, a seldom-moving camera trained on a character's hands or legs—these tenants of “cinematography” are all seen today as “Bressonian” film qualities.

Taken as a whole, these techniques contribute enormously to a metaphysical quality frequently ascribed to Bresson’s work. They are also the tools by which the director produced entirely egalitarian films. There is seldom any one aspect of a mid-to-late career Bresson film that aims to completely draw your attention; rather it is always the film as a whole with which the audience engages. Actors in the traditional sense attempt to draw the audience into their performance, making themselves the center of attention. The Bressonian “model” does the exact opposite.

While Bresson was perpetually refining a performative and aesthetic process in his work, each of his films a step closer to a new language, the narrative themes had been in place largely since the onset of his career. Pride, vanity, faith, the nobility of suffering, moral decay in a changing society: these are but a few of the reoccurring concerns filtered through Bresson’s austere and cynical worldview.

Although much of his work was adapted (in addition to Bernanos, he adapted Dostoyevsky, Tolstoy and Diderot, among others), Bresson seemed drawn to work which addressed these themes, rather than the other way around.

See more
Film Review: Directed By Alfred Hitchcock at Pacific Cinémathèque
Georges Méliès at Pacific Cinemathèque: A Trip to the Moon and The Extraordinary Voyage

Mirror Mirror, Wrath of the Titans and eight other new films reviewed