You All are Captains: a film on filmmaking with Moroccan children 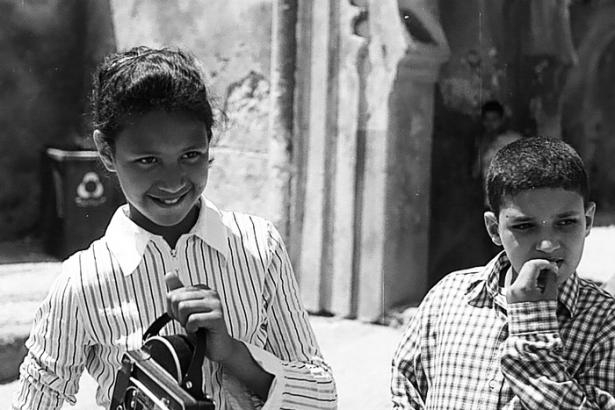 You All Are Captains (Todos vós sodes capitáns) is a documentary-hybrid film about the experiences of a European director who teaches filmmaking to a group of socially-excluded youngsters in Tangier, Morocco.

The film, shot in black-and-white, is the first feature length for French-born Spaniard director, Oliver Laxe. In 2010, it won the prestigious FIPRESCI prize at Cannes's Directors’ Forthnight section and participated in the Vancouver International Film Festival. Now it's playing at the Pacific Cinematheque for its first run.

Laxe, who moved to Morocco six years ago after finishing his studies in film, organized a filmmaking workshop for disadvantaged children living in an orphanage. In You All Are Captains, he portrays himself as a "neo-colonialist" filmmaker - a first-world European with stereotypical views of the underdeveloped world.

The opening scenes show a classroom of children making noise until a teacher announces to them that a new instructor will be helping them make a film.

Oliver then appears and begins explaining the technical aspects of optical reflection on a blackboard, but several close-ups reveal much boredom and disinterest on the children's faces.

The children then take to the streets of Tangier armed with a couple of 16 mm cameras, previously used to film King Hassan II’s funeral. They film their surroundings - the city, tourists, themselves. They capture a German tourist couple who comment that they should have asked for their permission first.

Even though the children know “you need a story” for good filmmaking, they seem lost in trying to understand the process, and turn to their evasive and self-absorbed instructor for guidance.

Oliver wants the children to tell the story about their “situation” and cross the border to film the “burned," illegal Moroccan immigrants.

The children complain to the orphanage’s director about Oliver's modus operandi and the uncertainty around the so-called film, which has become more about Oliver than the children.

Oliver is thus removed from the project.

He turns to his friend, Shakib Ben Omar, to continue with the workshop. After turning him down several times, Shakib gives in and joins the children on their excursion to the countryside to continue the filming.

While exploring the bucolic and breathtaking scenery of Morocco, captured with black-and-white long shots on cinematographer Ines Thomsen’s 35 mm camera, the kids are asked what they want to film, and they say, the sea, nature, people, and trees.

"You all are captains," Shakib muses, empowering the children. With Oliver gone, the children seemingly have found their path.

In the film's last minutes, Morocco turns to colour and shines in all its splendour, while depicting images from the children. Their ideas had crystallized.

Although in the end, there could be only one captain.

You All Are Captains plays until March 9th.