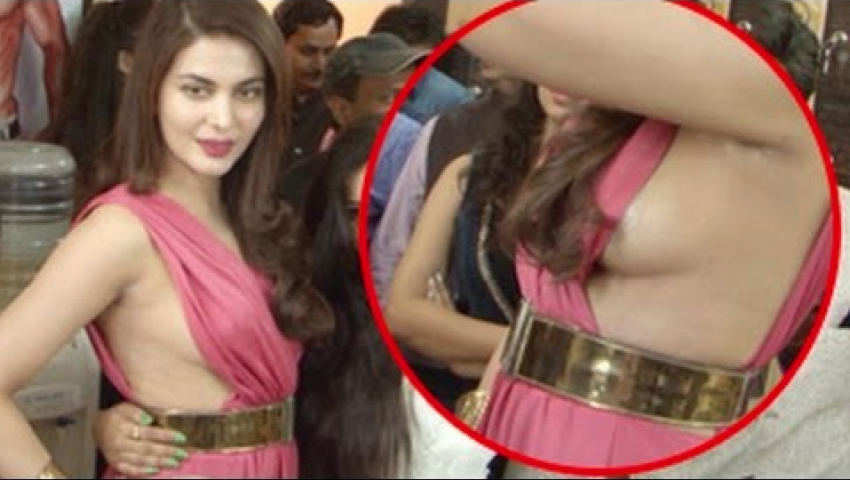 Embarrassing wardrobe malfunctions can haunt an actress for a lifetime.

It's  surprising to find the glamorous Katrina Kaif’s name in the list. She has managed to find place in this category not just once but twice this year. Generally seen sporting trendy clothing by leading designers, Katrina Kaif shocked her audiences by a slip of her dress strap at a music award function (top image). She was to perform her popular number ‘Sheila ki Jawani’, but on stage, her dress strap kept slipping off. Kaif, being a true professional, handled the situation well and managed to avoid a major embarrassment. 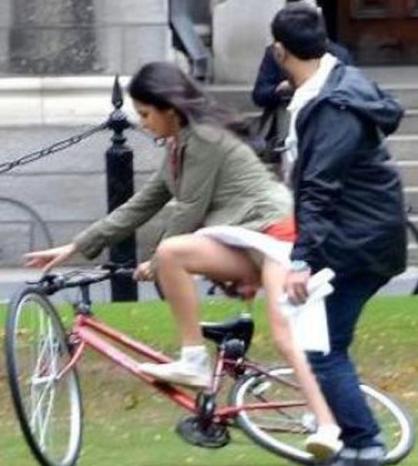 But Kaif doesn't seem to have heard of the proverb “Once bitten, twice shy”. During her shoot for her recent movie ‘Ek tha tiger’ with co-star and ex-flame Salman Khan, she chose to ride around on a bicycle with a short white dress at Trinity College in Dublin. She slipped off and fell from the bike: her short dress, not designed for such moments, slipped up and showed off her white underwear. Ex-beau Salman Khan came to her rescue and shielded her from photographers present, but his efforts were in vain.

It's better to be careful Kat, you never know what can happen! 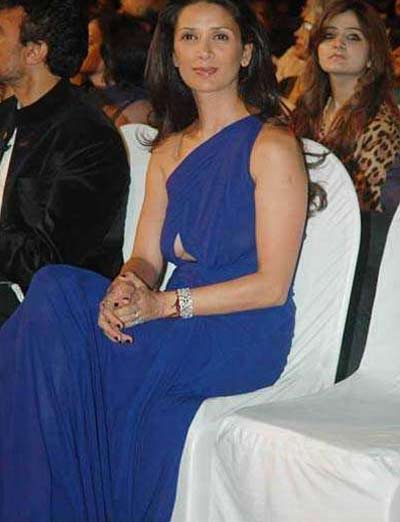 Former supermodel and Arjun Rampal’s wife Mehr Jessia Rampal was caught with an embarrassing moment at the 2011 Stardust Awards ceremony. Rampal is known to carry herself in an elegant manner, so this kind of show was totally unexpected from her. At an award function she looked stunning in a blue one shoulder gown, but as she took her seat in the front row, she ended up showing more than expected to the paparazzi.

Whether the slip was an accident, or an intentional message to her fans ‘that she’s still got it' remains a mystery. 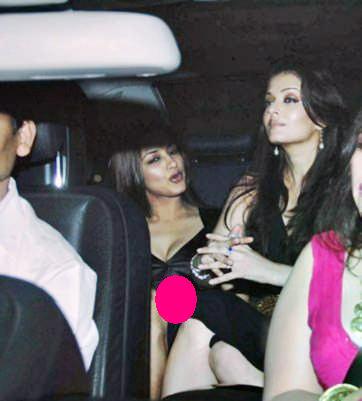 It was a season of leading Bollywood actresses attending events without their panties on. Smashing hot Sonali Bendre seems to have topped the list. At a party hosted by director-producer Karan Johar, Bendre was traveling with Aishwarya Rai Bachchan and her sister-in-law Shrishti Behl (Sonali Bendre is married to director Goldie Behl). At the media told her that she didn't have any underwear on, she reportedly replied, "It was good that you guys saw it."

This wasn't the first time Bendre was victim of the paparrazi. Sometime back at Hrithik Roshan’s party she was seen showing her lingerie. Her top had come off during one of her live performances.

Later, she came denying this, but keeping in mind her history of wardrobe malfunctions it was hard to believe.