She'll be his date for the big ball, thanks to his Internet request. 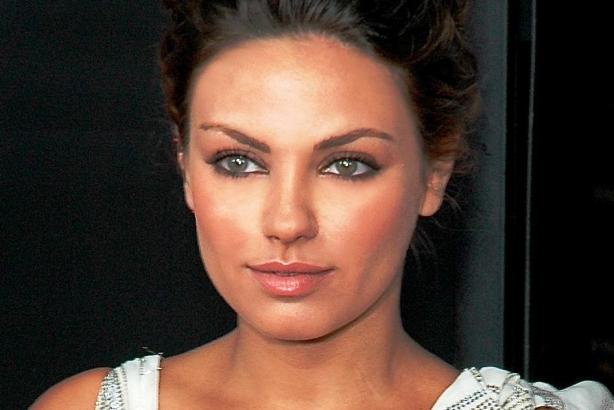 Somtimes, you just have to ask.

One Marine found that out the easy way. He posted a plea for actress Mila Kunis to be his date for a military ball, and his wish was granted.

LOS ANGELES -- Thanks to the power of the Internet, a Marine's YouTube request to go on a date with Mila Kunis got through to the actress, who said yes.

In a recent Fox News interview, the 27-year-old "Black Swan'' star was asked whether she knew about Sgt. Scott Moore's video asking her to accompany him to the Marine Corps Ball in Greenville, N.C., in November. The annual event marks the founding of the Marines in 1775.

"Hey Mila. It's Sergeant Moore, but you can call me Scott,'' he said from a base in Afghanistan. "I just wanted to take a moment out of my day to invite you to the Marine Corps Ball on November 18th in Greenville, North Carolina, with yours truly. So take a second, think about it and get back to me.''

Kunis reacted with surprise and asked for details about the event during the Fox News interview. After her "Friends With Benefits'' co-star, Justin Timberlake, goaded her to fulfil her patriotic duties, Kunis said she would go.

Further details on whether Kunis has taken additional steps to confirm she would attend the ball remained unclear.

Calls and email messages seeking comments from Kunis' publicist and Moore were not returned Monday.

The corps' anniversary ball is one of the most important events on a Marine's calendar, according to spokeswoman Capt. Kendra Hardesty. Balls are held at bases and less formal celebrations by units in the field to mark the Nov. 10, 1775, founding of the branch.

Balls at garrisons are formal affairs following a ceremony established in 1952. At each ball, the Marine Corps commandant's birthday message is read, along with a 1921 order issued by Maj. Gen. John A. Lejeune summarizing the tradition and mission of the corps. After that, a cake-cutting ceremony is held in which the first piece is presented to the guest of honour, and then to the oldest Marine present, who in turn passes it to the youngest Marine present, Hardesty said.

"Although I don't know an exact number, I'm confident in saying that if a unit is not deployed, they likely are hosting a birthday ball or are attending the ball of a higher command,'' Hardesty said.

Kunis won't be the first celebrity to attend a Marine birthday ball. Other Hollywood stars who've attended over the years include action film actor Chuck Norris and R. Lee Ermey, a retired Marine whose most famous role was an intense drill instructor in the film "Full Metal Jacket.''