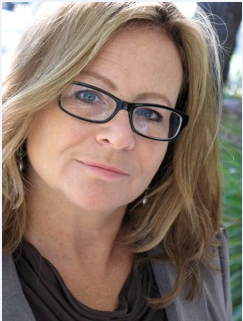 During her career, Menke was nominated for two Academy Awards, two Eddie Awards, two Bafta Awards and numerous others. She edited over twenty features and mentored new editors at the Sundance Institute.

“Sally was a great cook, passionate about people, food, talk, kids and films. Her rich life tapestry went directly into her work along with great subtlety and humor,” her longtime friend and editor Suzy Elmiger (Short Cuts, Big Night) said.

At the helm with Quentin Tarentino, Sally Menke was instrumental in the creation of all of his films, including Reservoir Dogs and Inglourious Basterds. But it was Pulp Fiction that smash cut into the traditional world of story-telling, altering the landscape worldwide.

“Pulp Fiction's three tales are structured to intersect and overlap at key points, even though they are not presented in chronological order,” wrote online critic, James Berardinelli.

Roger Ebert commented that the dialogue was of such high quality “…it deserves comparison with other masters of spare, hard-boiled prose, from Raymond Chandler to Elmore Leonard.”

“While he certainly deserves credit for being a modern and influential trailblazer, Tarantino has really been passed the torch from Truffaut and Godard; not all of his fans realize the debt his films have to the French New Wave,” Mark Sleeper wrote for Image Magazine.

The French recognized this by awarding Pulp Fiction the Palme d’Or at the Cannes Film Festival in 1994.

Many forget that behind the scenes is the lynchpin of a great film – the editor. After the screening of The Invisible Art, a documentary by Allan Holzman about this years’ Oscar nominated editors, Chris Innis (The Hurt Locker), remarked that strong editor/director teams, “Work together to make something better than either of them can make together.”  Yana Gorskaya (Spellbound) whimsically advised that, “Editors make a lot of food because directors can get really thin.”

Tarentino reminded Menke how much she meant to him by sending “Hi, Sally’s” from cast and crew during shooting.

Sally Menke passed away on September 28th when the temperature rose unexpectedly to 114 while she was hiking in Griffith Park, Los Angeles.  Her black lab, Zoe, kept vigil until they were found by a rescue team the following day.

Editor Paul Petschek (Desperately Seeking Susan, Most) remarked that he felt “her loss personally, not only from the immensity of her work, but because she treated me like a friend.”

In acknowledgement of her encouragement and enormous generosity to the next generation of editors, the Menke family and The Sundance Institute have established the “Sally Menke Editing Fellowship” which will commence in 2011 and will provide a year-long fellowship to an emerging editor. It offers the opportunity to attend the June Directors' Lab and the mentoring support of an accomplished editor.

Anyone wishing support the fellowship can click here for more information. 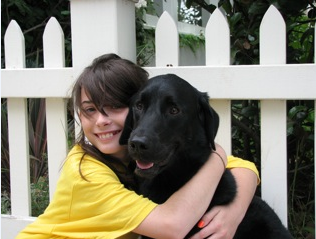