MY VIFF PICKS FOR Day 7 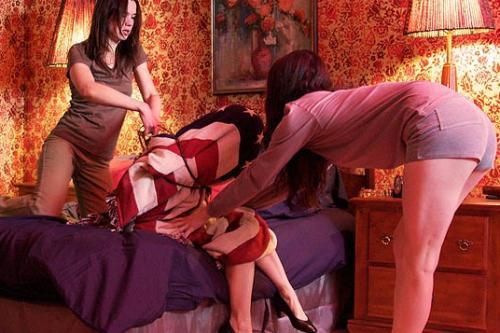 Leslie, My Name Is

Good and bad women. That’s a major theme in today’s picks at the Vancouver International Film Festival. Or maybe it’s life itself that’s good or bad. The whole spectrum is there.

These are my best suggestions for now and the next few days, although this time I’ve allowed two borderline films into the list.

And check back now and then. The list changes every day as titles that finish their run drop off and others debut.

PRECIOUS: Finally we get to see the film that Toronto fans voted the best, that has Oprah as a producer and continues to get huge praise from all quarters. It deserves it all but mind what you’re getting here. This is a gritty, bleak, uncomfortably real story about an abused teenager trying to rise above the wasted ghetto life she lives in. She’s obese, illiterate and probably never heard of self-esteem. A special school may be able to help her if she can adjust to it and also break away from her angry and lazy mother. Newcomer Gabourey Sidibe, and Mo'Nique as mother, Paula Patton as a patient teacher and Mariah Carey as a social worker all do terrific acting. (Also Day 7)


THE YOUNG VICTORIA: Medium reviews? For this? It deserves better. It’s a satisfying film on just about every level. We get a rare, human view of Britain’s longest-serving monarch as she comes to power. After an obscure first act about court intrigue, it becomes a tale of personal growth and then a love story. Emily Blunt is radiant as the young queen and Rupert Friend is quietly solid as her beloved Albert, the German prince. The film has a warm, smooth flow that’s jolted now and then by some uncharacteristically clumsy end-of-scene edits. Directed in England by Quebec’s Jean-Marc Vallee.


THE GIRL: Through most of this film from Sweden, you’re on the edge of your seat fearing that something awful is bound to be coming. A girl, just under 10-years-old, has been left alone at home. Her parents are off to Africa and her babysitter aunt is on a date that seems to last all summer. Watching the youngster fend for herself, deal with shopping and swimming classes, hiding her predicament from nosy visitors and most of all overcoming a persistent phobia makes for a quite endearing little movie. Credit yet another very good child actress. (Also Day  8)


LESLIE, MY NAME IS EVIL: I’m not really recommending this or the next film, but they fit into the diverse gallery of women in these movies. It’s the Charles Manson case again, centering this time on one of his crazy trio of acolytes and co-accused  at his trial. Leslie fought with her mother and killed for Manson. It’s told with considerable flash in this film by Reginald Harkema.  He’s from Vancouver but made the film in Toronto. I just couldn’t see much point to telling this story again.

EXCITED: Gabrielle Rose as a domineering mother is very funny and the best part of Bruce Sweeney’s new sex comedy. Besides Vancouver, of course, looking soggy but nice.


CEDAR BOYS: Turning to the boys for a change, here’s an effective thriller from Australia about young immigrants turning criminal. Three Lebanese youths in Sydney grab a drug dealer’s hidden stash of ecstasy pills and make a typical mistake.  They start selling them to finance the cars and things they want to buy, including an expensive appeal for a jailed brother. A pack of gangsters is soon on their trail. There are several surprising twists, though, in this tense and tough film. (Also Days 11 and 14)


1428: Only days after last year’s devastating earthquake in China, the people who made this film were there. They captured moving scenes of survival as well as looting and stage-managed official visits. And mostly everyday life. While a lot of villagers complain about the government’s efforts to help with relief and rebuilding, the film pointedly avoids a stand of its own. It prefers to highlight human resilience, occasionally with humor. If there was no earthquake, one man says, Premier Wen Jiabao would never have come to visit.

Moroccan Labyrinth
MOROCCAN LABYRINTH: Even after all these years, there’s a new angle on the Spanish Civil War. It’s roots were in Morocco. This film from Spain makes a persuasive case by unveiling some secret history. With its colonies taken by the US, Spain boosted its hold on North Africa and eventually aroused a Muslim uprising. That war led to unrest at home and later civil war, with Moroccans imported to fight on Franco’s side. Some of those men are still alive and recall it all, including the unfair deal they got afterwards. Fascinating talk and film clips for history buffs.

HomeGrown
HOMEGROWN: A lot of people these days have taken up growing a few vegetables in their backyard or on their balcony. They’d be really inspired by the family in this film. On one lot, in the shadow of a freeway in Pasadena, California, they grow over 6,000 pounds a year, feed themselves, sell to restaurants and teach others. Jules Dervaes and his three grown children call it urban homesteading, take us on a tour and in a light chatty tone explain what they’ve learned about people and the land. (Also Day 8).

We Live in Public