"He Stunk to High Heaven...I Loved Him Instantly"

Kellie Ann Benz
May 24th, 2009
Share on Facebook Share on Twitter
He stunk to high heaven. He was old, it was evident in his eyes. He had patches of fur missing. He glanced at me through the steel cage of the SPCA prison he was in. I bored him. Unlike the other yippy hopefuls, this one didn’t care. Couldn’t care, couldn’t be bothered to try. I loved him instantly.

I asked if I could take ‘this one’ for a walk. They looked at me with a combination of expectation and dread. ‘Sure’ one of them said instantly reaching for her keys. They gave me a leash, and instructions and then they opened the cage. He trotted out, all ninety pounds of him and started walking to the park, bored already.

He’d been through the routine, he knew the drill. Across the street we walked, in silence. A forced connection. Did we have anything in common?

He didn’t care. He liked that he got to pee on a tree for a change. Walking wasn’t really his forte, what with his clouded old eyes, his ninety pounds of pure blubber and just the way that a British bulldog is built. Walking is simply not a pleasure.

So we stopped, by a tree – the one that he hadn’t peed on. In an effort to connect, I sat down beside him, coming down to his level. He one eyed me. For a second, a brief second, I felt we connected. I smiled and he leaned his body against mine. Oh my goodness, he likes me. We’re connecting he and I.

Then he climbed into my lap, oh my God, he loves me! Then he wrapped his surprisingly strong front paws around my waist and begun to hump me with the force of a teenager.

I was being pummeled by his determined hips and was trapped by his upper body strength. I had to twist my way out of his grip, which left me skirt over head upside down and climbing on all fours backwards away from him, as he finished on the tree trunk.

He scanned the area with his one good eye and found me beside the tree, coming at me again and I yelled a firm "no." To which he seemed to shrug, lay down, and fall asleep. Snoring within seconds.

This was a first date.

He seemed so bored. I appreciated his perversion and felt for his boredom. If I don’t show this beast some compassion, will anyone? Once I knew for sure that he listened to the no, I took him home and named him Chester.

About twenty baths cleaned him up and his hair mostly grew back in. He snored like a drunk and farted like a sailor. I wondered at times if I adopted my grandfather. They say that animals' characteristics are a reflection of the owner.

I reminded everyone that he was a rescue dog, he didn’t get the humping from me. No one believed me.

Every new person he met, he tried to mount. A determination I sort of respected in him. He was the funniest animal I’d ever met. He barked in his dreams. He loved cherry tomatoes and ham.

He lived with me until his death, which came four years later at the age of eleven, old for a bulldog. He never completely stopped stinking and he was near blind at the end. But he was a puddle of love and the best choice I ever made. 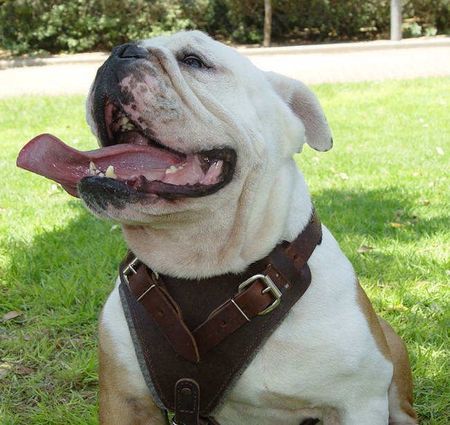