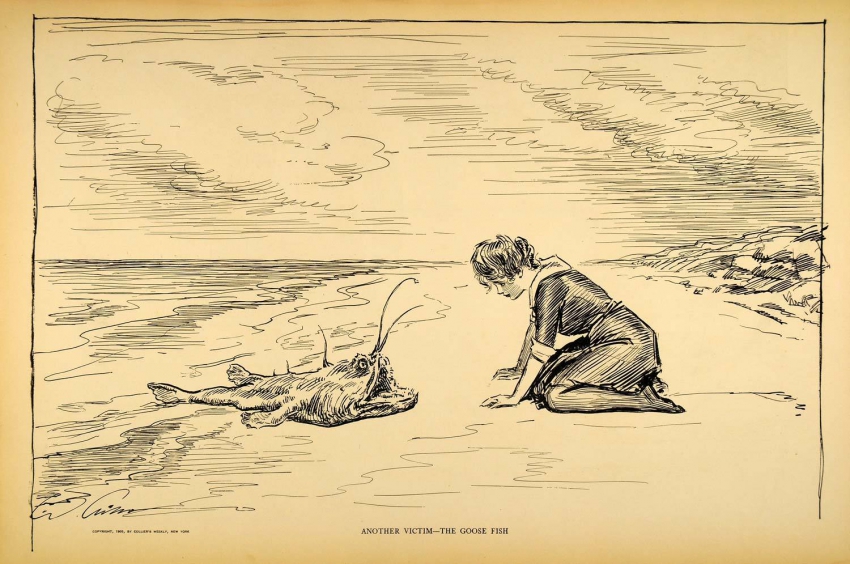 Some facts are too vast, some issues too consequential and some values too dear for our poor human minds to just swallow them whole.

Beauty, for instance. You know it when you see it, but can it be measured? I had a genius econ prof once who suggested a standardized beauty metric – the MilliHelen: that quantum of beauty sufficient to launch exactly one ship.

Or what about anthropogenic ecocide? Sure, we know we’re choking our oceans with plastic that finds its way into every organism in the aquatic food chain. Our seas are aswirl with some five trillion pieces of plastic and we’re adding the stuff at the rate of 220 million tons a year, according to Chloé Dubois, co-founder of the Ocean Legacy Foundation, an NGO dedicated to marine plastic cleanup and environmental education.

Yet even these stats are too mind-boggling to intuitively grasp. So Ocean Legacy has partnered with the Victoria International Marina and the Natural Talent Alliance, Alberta’s “woke” modeling agency, to package the concept of oceanic plastic pollution at a more human scale.

They’ve come up with an eye-catching “Future Oceans” extravaganza just in time for Canada Day. It’s a catwalk runway fashion show at the Marina to flaunt the three winning entries in a worldwide design competition. Glitz and glam will abound, but with an educational twist: all three headline creations will be concocted out of plastic flotsam that Ocean Legacy has culled in its cleanup expeditions.

You can attend the fashion show yourself (and what better venue to view the Provincial Capitol’s July 1st fireworks?). Or, if you can’t make it to Victoria, you can at least donate online to help crowd-fund the event. They’re already 86% of the way to their half-million dollar goal, so if just another 3,000 people stump up as little as $5 apiece – barely the cost of a latte – then Future Oceans will be home free.

We’ve already chipped in our latte’s worth, since our Canada Day trail leads away from the event, heading East into Okanagan rather than West to the Island. But, fortuitously, we managed to cross paths with one of the Future Oceans designers. We got to preview her creation just as she was packing up for her long (10+ hour!) trek to the Marina.

Perched between a vineyard and a stone fruit orchard in the Okanagan foothills above Oliver, B.C., Dianne Gibson’s studio seems a world away from the sea. Unlike the other two contest winners – one from Calgary and one from Japan – Gibson was unable to make it down to Ocean Legacy’s Delta warehouse of reclaimed sea-going junk to personally pick out her own components.

So, instead, she had to rely on the NGO staff to scoop up a representative sampling for her. When we caught up with her, the material was still strewn all over the floor and walls of her basement workshop – fishnet, bundling straps, milk jugs, plastic oil drums, some semi-rigid screening, scraps of tarp, crumpled Styrofoam rosettes, & cie. & cie.

Draped over a dressmakers dummy was the armature of her Future Oceans pièce de résistance: a multi-tiered hoop skirt framed in concentric circlets of stainless steel, all topped with a breath-catchingly snug bodice of stiff, see-through gauze. This sort of infrastructure, back at its height of popularity, was already made of ocean-sourced materials, namely whalebone, Gibson notes. “See how much more sustainable we are,” she boasts, by refashioning it out of maritime plastic flotsam.

Still, “I’m a corsetière, not a couturier,” she wants you to know. She leaves the techno gee-whizzery and filmy gorgeousity to the other two designers in the show. “Me, I’m into kink.” When she’s not doing eco-conscious charity benefits, most of her corset clientele consists of drag queens, dominatrices and steam punks.

And yet, alongside her interest in strenuous underthings, she also runs a line of prêt à porter casual wear that she pieces together out of natural fibre offcuts from a local dressmaker. These “civilian” clothes she markets under the label Gibson GirlTM, in a play upon her own surname and a reference to the turn-of-the-20th century American artist/illustrator Charles Dana Gibson, who created a composite image of femininity that emerged as a kind of Belle Époque Barbie.

Combining aspects of the “fragile beauty” and “the voluptuous woman,” the prototypical Gibson Girl was “calm, independent, confident, and sought personal fulfillment,” according to Wikipedia. “That’s my Girl,” the Oliver corsetiere nods approvingly. And so, for her Future Oceans entry, she has sought to infuse her corsetry kinks with some of that Gibson GirlTM  raffinement.

After she’s transferred all the infrastructure from the dummy to a live model, Gibson will drape the hoops in plastic fishnet (“I had to clean out some oyster shells) and tack on a flounce, or bustle, that’s adorned with a red-and-white Canada Day Maple Leaf mosaic of Styrofoam roses.

At the neckline, she’ll add flanged gills cut from a castaway juice jug. She might even include a “coral” choker fashioned out of a Penzoil drum. Modesty requires a pair of pasties strategically slipped inside the see-through bodice; for these she’ll use crocheted doilies (“a sweet touch I learned from my Grandma”).

And to top it all off, she’ll have her model (nom de catwalk: “Crystal Dawn”) seal up her mouth with some recycled maritime duct tape. It all adds up to a kind of strutting art installation that Gibson has dubbed “The Silence of the Fish.”

Highly edifying. But is it beautiful? Looks promising to me, boding many mega MilliHelens.

And it’s guaranteed to launch at least one ship – the luxury yacht Asante in the Victoria International Marina, which will serve as Future Oceans’ backstage/Green Room. If you seek out Gibson there, she’ll regale you with a selection of Okanagan’s Fairview Cellars wine that she’s specially bringing along for visiting fans.

VALT is about living in an Alternative Fashion, and it is so much more than simply showing unique clothes, because Vancouver is alternative, said Ferneyhough.
Sindhu DharmarajahOct 30th, 2014 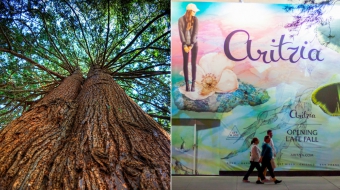