David Bowie and Goh Poh Seng: the rock star and the poet 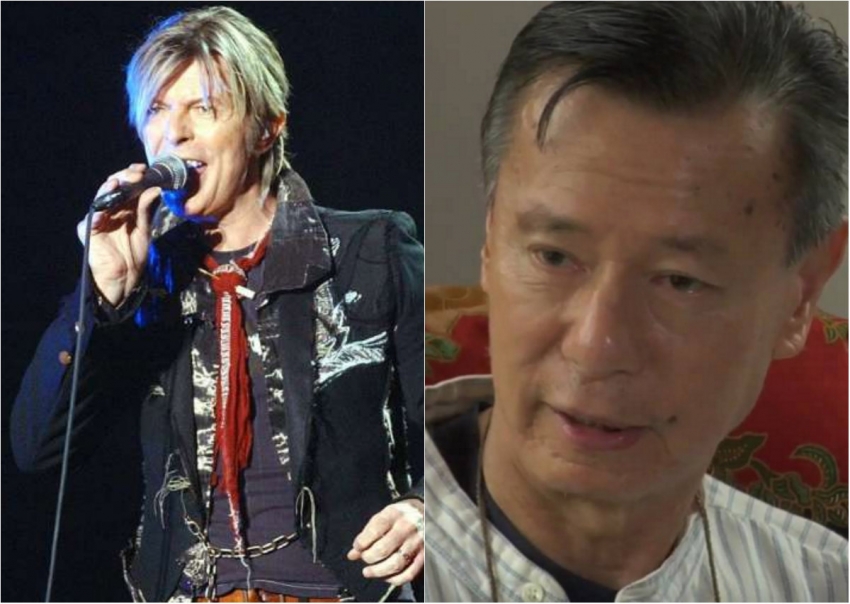 "In 1983, my father, Goh Poh Seng: doctor, poet, novelist, playwright, nightclub owner, businessman and entrepreneur was the sponsor and promoter of David Bowie’s Serious Moonlight Tour in Singapore. My father, widely acknowledged in hindsight as a pioneer of the arts and a man ahead of his time, almost went bankrupt financing the first big rock & roll concert in Singapore. I spent my summer holidays with my best friends acting as tour guides escorting Bowie’s bandmates showing them the sights of Singapore. Initially, my father contemplated bringing Duran Duran but decided on the rock musical legend Bowie instead. My father invited Bowie and his musicians to our home to listen to a live performance by classical Chinese musicians.

Bowie's band came but the man himself declined, saying that he did not “fraternize with concert promoters.” My father sent David Bowie a message through his personal assistant, telling him to tell Mr. Bowie that “he is only a rock star. I, however, am a poet.” Bowie came to meet my father hat in hand to apologize for his rudeness. My father told Bowie that two of his songs had been banned from radio play. “This rock and roll business is more than just drugs, sex and rock and roll and making money, it is about freedom of speech.”

"Fired up, Bowie started his concert with the two banned songs, galvanized by his band. He spent more time in Singapore than any other country on his tour. In his Serious Moonlight Tour book, he could have written about the whole tour or any country but dedicated the entire foreword to his recollections of his time in Singapore. Here is an excerpt from the book:"

“The Singapore authorities are not friendly toward rock & roll. Two of my songs, “China Girl” and “Modern Love,” were banned from radio play. “Restricted,” as they say. Our wonderful and fearless promoter, Dr. Goh Poh Seng, risked his livelihood, bank balance, and even his freedom to get me and my band into his country. When the authorities heard I was going to do an impromptu guest appearance at his youth club tow days before our major gig, they busted it, banned the resident band for indecent performance, and threatened Poh Seng with imprisonment if a guest of the club – (me) – should get up on stage and sing.

He also faced incredible local resistance in getting the staging and lights together. When he asked for three yards of cable, local suppliers – knowing it was for rock & roll – would only sell him a 100-yard drum. No one would lease him timber for the stage, so he ended up buying an architect-designed permanent structure at ten times the cost…and so it went, over and over. The lights were flown in from all over Malaysia. Many arrived broken, and those intact not much more powerful than a bedroom lamp. But, good god, he tried.”