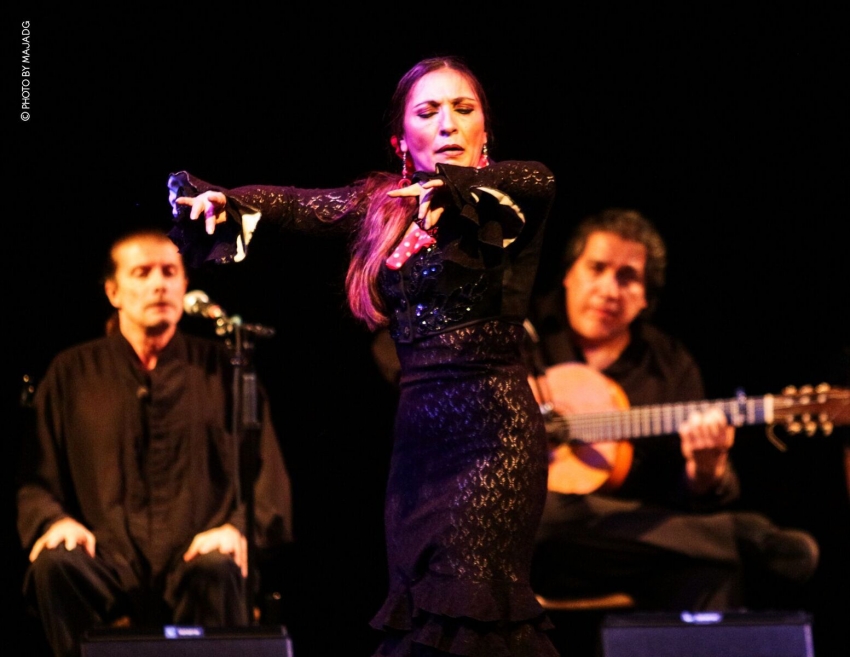 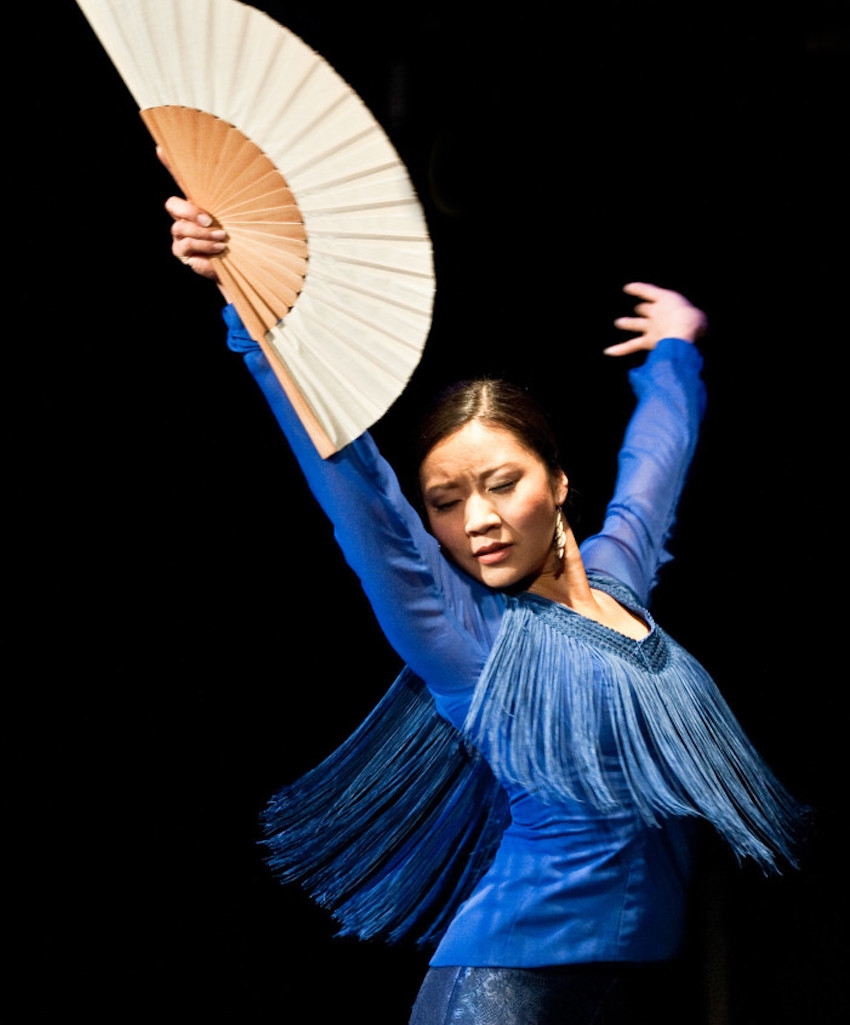 Upfront confession: this year’s Festival was my first-ever taste of live, “authentic” flamenco. Up to now, my contact with the Andalusian art form had been through derivative versions like Bizet’s “Carmen” or domesticated snippets like Jose Greco’s turn on the Ed Sullivan show. So this “review” will necessarily be more impressionistic than authoritative.

My first – and most powerful – impression was of a tradition so hoary and eclectic that its roots can only be guessed at anymore. The musical modes reach back to the tonoi of ancient Greece; the rhythmic complexity, with tonal hand claps and percussive footwork, recall Sufi qawwalli and North Indian kathak – plausible antecedents, given the cosmopolitan Morisco legacy of flamenco’s Andalusian heartland and the Indo-Aryan links of its Gitano gypsy exponents.

By now, of course, flamenco’s popularity has spread worldwide; there are more flamenco academies today in Japan, in fact, than there are anymore in Spain.

Vancouver itself boasts half a dozen such establishments, too. One of them, Flamenco Rosario, sponsors the annual Flamenco Festival here. The Rosario academy led the bill this past Saturday with a medley of short pieces, including a surprise visit by its star alumna, Nanako Aramaki.

Vancouver-born Aramaki trained in ballet, jazz and hip-hop before falling under the spell of flamenco. By her own account, she made an earnest attempt at life as a “serious” Vancouver career woman before tossing it all up to dedicate herself wholly to gypsy dancing in Seville, Berlin and London (where she’s now based). Through luck, dedication and talent, she’s managed to make a full-time living at it.

Now in her artistic prime, her charisma was infectious in her unscheduled guest turn Saturday before her hometown crowd. Accompanied by guitarist Victor Kolstee, singer Jafelin Helten and percussionist Davide Sampaolo, she clearly enjoyed every moment of her performance, practically wincing from the sheer kinetic pleasure of her dance.

In the second half of the program, though, the winces turned into outright grimaces – of pleasure or pain? – as the banner act of the evening, Mexico’s Mercedes Amaya Company, took the stage.

Hailing from a long Gitano lineage of gypsy flamenco “royalty,” the company’s eponymous star, Mercedes (“La Winy”), is now well into her 50’s, an age at which baileras (flamenco dancers) are traditionally regarded as first attaining the emotional maturity to embody the art form’s ineffable duende, or soul.

In Saturday’s performance, this duende presented itself as a literal spook – an almost supernatural presence that animated the dancers in a kind of spirit-possessed trance.

They seemed not so much choreographed as galvanized. As the lights came up, Amaya and her male co-star, Nacho Blanco, sat slumped on stools until approached by cantador (singer) Jose “Cachito” Diaz. Then the two dancers snapped erect and flung about the stage as though jerked on invisible strings.

Unversed in the grammar of flamenco, the supercharged energy struck me as frenetically unpredictable. For all their breathtaking technical mastery – the wild tattoo of Nacho’s heels, the whirl of Mercedes’ pirouettes – the baileros seemed not quite in control, as though catching themselves by surprise.

Guitarist Santiago Enciso – Amaya’s husband and co-founder of the company – interspersed the dances with brooding solo riffs or intense duets with Cachito. As an accompanist, he kept pace with the dancers until the action grew so frenzied that he could only clutch his the neck of his instrument and drum on its sounding box or strum it rhythmically rather than melodically.

La Winy circled the stage with a vehement urgency, grand and tragic, as though railing against the pileup of her own years and the cumulative peregrinations of her harried gypsy race. Brow clenched, mouth set in a grim rictus, she withheld her smile until she’d right and truly stomped out whatever demons were chasing her.

And then, at her curtain call, she threw the audience a wink and blew us all a kiss – a shivery sight to behold.