But transpose these ingredients to today’s online world, Beamish is convinced, and the story takes on a deeper and darker salience – an urgent interrogation of how (or whether) to go on living without a grounding of mundane, baseline factuality. 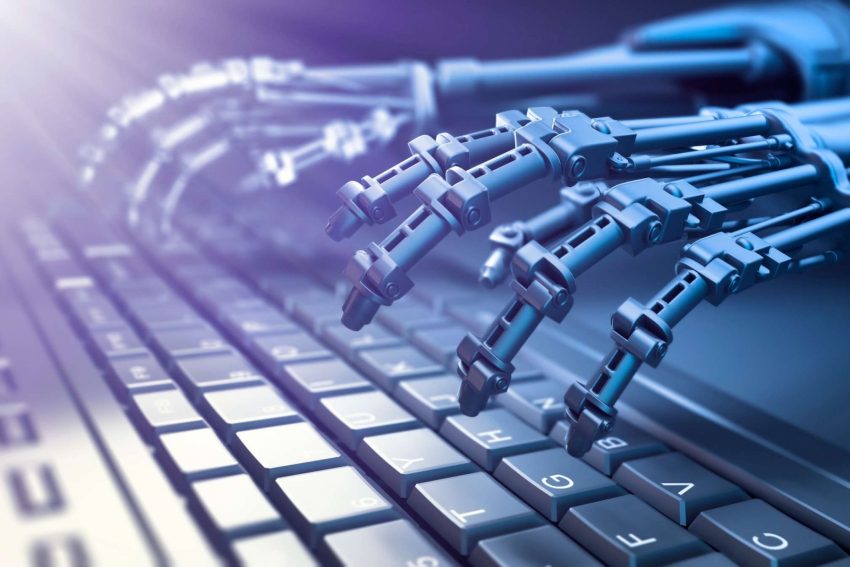 In our present “post-truth” era, such questions increasingly absorb Beamish these days. After @giselle and the ongoing pan-Canada tours of his all-male sextet piece Saudade and his solo performance Lone Wolf, the next major work he means to tackle will be something about implanted memories, as exemplified in such controversial instances as the Rekjavik Six convictions or the Loftus Lost-in-the-Mall experiment.

“Post-truth” is the only world known to @giselle’s protagonists. The lovers never even meet face-to-face, but rather through the medium of an all-encompassing cyberspace agora called The Village, a dystopian near-future fusion of all of today’s most pervasive (or invasive) social networks. Throughout Act I, we in the audience get to see them only via cellphone screens, as viewed by each of them in their isolated cubicles.

And then, in Act II – the spooky part of the story, after Giselle has pined herself to death – the locale gets even more meta: an “experiential lounge” called The Forest where the characters, quick and dead alike, go to process their Post-Traumatic Stress with the aid of (perhaps psychedelic) cocktails. The imaginary lounge, Beamish admits, is vaguely reminiscent of some of the hybrid bistro/rave/art installation spaces currently favoured by New York “creatives.”

This all sounded frankly a bit rich for my septuagenarian blood as I briefed myself to interview Hurlin and Beamish on the eve of @giselle’s long-awaited tech rehearsal. Neither a digital native nor a New York hipster, I was none too secure in my grasp of either idiom, let alone how they might comport with the formal rigour of classic ballet. Then, too, I’ve never been a fan of Giselle’s tunefully hummable, if somewhat trite, leitmotif-laden score (by an otherwise forgettable 19th century journeyman composer, Adolphe Adam).

“Forgettable?!” Beamish seems genuinely shocked when I confess this prejudice at our meeting in SFU Woodward’s brightly sunlit fourth floor dance practice studio. “But the score is brilliant!” As far as he’s concerned, Adam’s music has all the irresistible drive of a cult-movie horror flick score.

It’s been decades since I’ve queued up for such  a cult classic – probably not since I was as young as Beamish or Hurlin are now. But, as the two of them hum through snippets of the score while ironing out last-minute choreographic kinks, I catch myself gradually coming around to their view, swept along in their enthusiasm and personal allure. He, with his lupine intensity of gaze, and she, with her cervine alertness and vulnerability, irresistibly call to mind Dickey’s Heaven of Animals.

I’ve never before been privileged to view a world-class ballerina in rehearsal, so close-up and by the light of day. There’s a lot more going on, I now realize, than one ordinarily perceives from my customary ballet perch in the budget seats of a darkened auditorium.

Wild feats of technical athleticism, to be sure. But at the same time a constant flow of barely perceptible details of gesticulation, facial expression and sheer, idiosyncratic muscle tone, all together adding up to the distinctive individuality of a brilliant soloist dancing in character.