Vancouver-based scholar and artist Alana Gerecke is among 14 doctoral candidates awarded with an $180,000 scholarship from the Trudeau Foundation this year.

The Pierre Elliot Trudeau Foundation is a living memorial to the former prime minister, created by his friends, family and colleagues. The much-coveted award is granted to social science and humanities students working to make meaningful contributions to critical social issues.

More than just a generous financial package, recipients of the Trudeau scholarship have the opportunity to work with a mentor who has made extraordinary achievements in their field. Previous mentors include former B.C. premier Mike Harcourt and Louise Arbour, former UN High Commissioner for Human Rights.

As an English doctoral student at Simon Fraser University, Garecke's interdisciplinary research examines what's at stake when contemporary dance moves out of a sanctioned performance or theatre space and into the streets. Garecke is primarily interested in studying public spaces along the North American West Coast, but with Trudeau funds, she aims to further her research inland as well.

"Dance in public, urban spaces is a growing trend in North America, and one that can not only contribute in compelling and creative ways to ongoing debates about access to both art and public spaces, but one that can also physically reorganize how we move in and through our cities," she said.

"I take on questions about the role of art in fostering a sense of belonging, connections between different sectors of a given city's population, civic engagement, awareness of the sometimes invisible regulations of our public spaces, and (hopefully) lively debate about how we inhabit our cities."

Gerecke's enthusiasm for dance can be found in both her scholarly and artistic pursuits. In 2004, she co-founded Behind Open Doors Arts Collective, an interdisciplinary performance group that developed professional and community-based performance projects in public spaces around the city.

"My experiences exploring Vancouver's public spaces with the collective have informed my perspective on my research, and my commitment to artistic explorations of public space motivate my academic work," Garecke said.

After completing her undergraduate degree in 2006, she began a career as a professional contemporary dancer with EDAM dance, and currently remains involved as a company member.

Gerecke has presented her research internationally, and her most recent publication can be found in the forthcoming edited collection Political Bodies/ Social Movements: Canadian Dance in the 1970’s.

Brent Lokan, also studying at Simon Fraser University, was awarded the Trudeau scholarship for his research on resilience and sustainability of socio-ecological systems in Borneo.

UBC doctoral candidate Lara Rosenoff also earned the award with her research on social reconstruction and repair after human rights abuses with a community of former refugees in Northern Uganda. 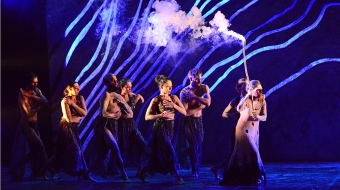 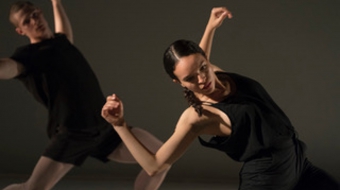