The 30th annual BC Book Prize gala gave out seven literary awards, as well as a lifetime achievement award to children's author Kit Pearson. The Lieutenant Governor of British Columbia, the Honourable Judith Guichon was present. 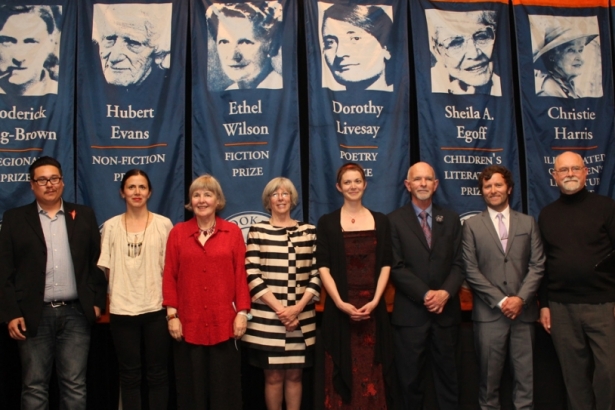 The 30th annual BC Book Prizes Gala was held on Saturday, May 3 at the Renaissance Harbourside Hotel in downtown Vancouver. The annual ceremony awards eight prizes for literary excellence in the province. Comedian and writer Charlie Demers reprised his role as host, after successfully emceeing the 2012 ceremony. 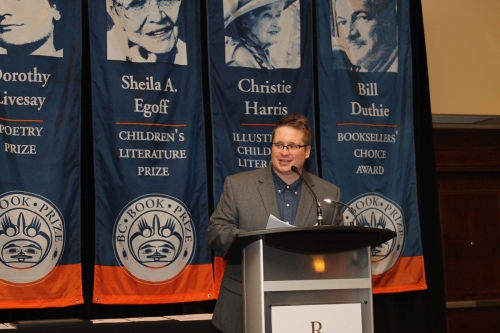 Ashley Little won for two separate books—the Ethel Wilson Fiction Prize for novel Anatomy of a Girl Gang, and the Sheila A. Egoff Children’s Literature prize, for The New Normal. Little acknowledged “the street kids and the lost girls” of the Downtown Eastside during her acceptance speech, explaining that she was inspired by the people of the neighbourhood to write Anatomy of a Girl Gang.

David Stouck, retired SFU English professor, also won two different categories for his biography Arthur Erickson: An Architect’s Life. He accepted the Hubert Evans Non-Fiction Prize and the Roderick Haig-Brown Regional Prize, which honours a non-fiction book of local significance. Arthur Erickson: An Architect’s Life has been raking in the award nods, including the RBC Taylor Prize and the Basil Stuart-Stubbs Prize. 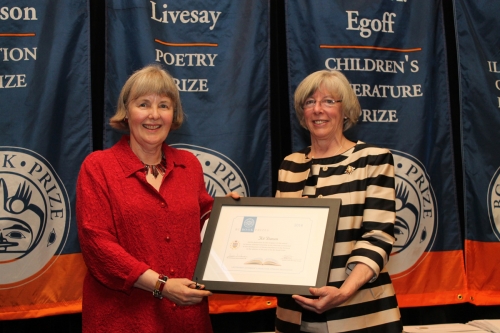 Also honoured at the gala was children’s author Kit Pearson, who accepted the Lieutenant Governor’s Award for Literary Excellence. The Honourable Judith Guichon, Lieutenant Governor of British Columbia, presented the award to Pearson. The award was created in recognition of a significant body of work, which has had a lasting impact on the literary community. As was noted, the lifetime achievement award was never intended to mark the culmination of a career, and the continued success of many previous winners is a testament to that fact.

Other winners announced Saturday night included Jordan Abel, who won the Dorothy Livesay Poetry Prize for The Place of Scraps; Julie Morstad won the Christie Harris Illustrated Children’s Literature Prize for How To, which she both wrote and illustrated; and CBC broadcaster Grant Lawrence, received his second Bill Duthie Booksellers’ Choice Award for The Lonely End of the Rink: Confessions of a Reluctant Goalie. 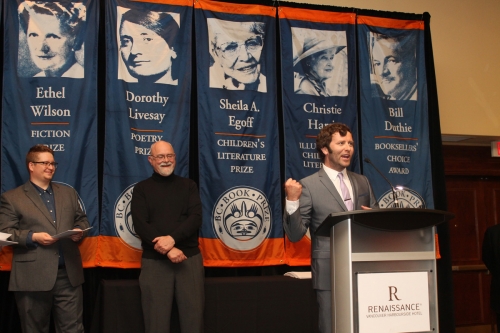 Lawrence thanked the booksellers of the province, who vote on the Bill Duthie Booksellers' Choice Award.

The BC Book Prizes, established in 1985, celebrate the achievements of British Columbia writers and publishers. A total of $14,000 in prize money is handed out to the winners.