Chief Bev Sellars won the 2014 George Ryga Award for Social Awareness for her book They Called Me Number One: Secrets and Survival at an Indian Residential School. 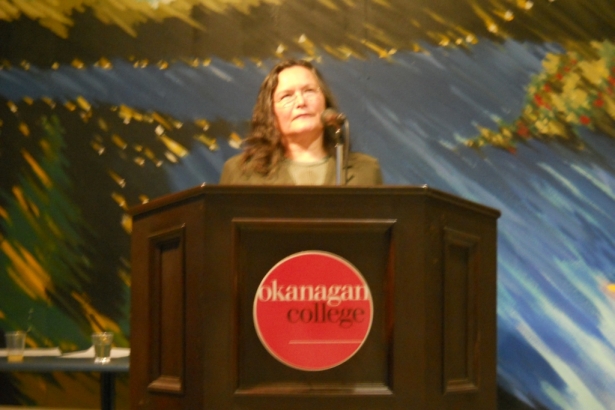 Bev Sellars, chief of the Xat’sull (Soda Creek) First Nation in Williams Lake, authored They Called Me Number One: Secrets and Survival at an Indian Residential School, a powerful memoir about abuse and recovery. Published last May, the book tells the story of Sellar's attendance at St. Joseph’s Mission, a Catholic-run residential school south of Williams Lake. Recently, the book received the 2014 George Ryga Award for Social Awareness.

“This book took me a lifetime of experience to write, not all of it good times because of my residential school experiences,” stated Sellars at Canada’s Truth and Reconciliation Commission in September 2013. The publication of They Called Me Number One unintentionally coincided with the TRC where Sellars entered her book as part of the public archive. 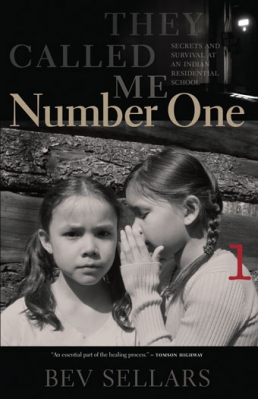 They Called Me Number One (Talonbooks, 2013) recounts the systemic abuse the children suffered, from hunger, forced labour, physical beatings, and “also of the demand for conformity in a culturally alien institution where children were conﬁned and denigrated for failure to be White and Roman Catholic.” Soon after they arrived at residential school the children were assigned a number, which the nuns, priests, and staff used instead of their names. Sellars was number 1 on the girls’ side, and her grandmother and mother have never forgotten their numbers.

Under school principal Hubert O’Conner, Sellars attended the school for five years, beginning at the age of seven in 1962. Sellars was the third generation to be forced to attend the residential school. Her grandmother, born in 1896, spent nine years at the school, and her mother spent ten years there, from 1931 at age six. St. Joseph’s Mission was active until 1981, and once closed, many survivors returned to smash windows, tear apart walls, and physically destroy anything they could. Bishop O’Conner was charged in 1996 with sex-related offenses in the 1960s on two young aboriginal women.

“Through my book I also wanted to provide a voice for those who did not make it. Like my brother Bobby. Or for those who are still alive but yet to find their voice. I hope my book will encourage them to tell all the stories that need to be told.”

“Mine is one story and the sad reality is that my story is one of the better ones. I have survived and done very well in my later life. But many, and even those in my own family, have not.”

The George Ryga Award for Social Awareness is annually presented by Okanagan College and judged by readers from the English Department and Ryga Society volunteers.

Note: An earlier version of this article incorrectly identified the presenter of the award as BC BookWorld, a supporter of the prize.