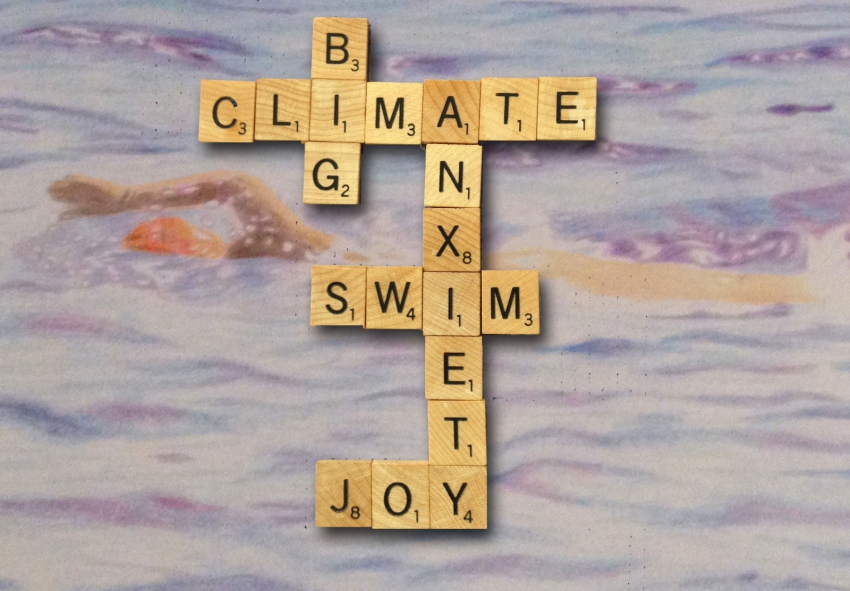 I wanted to check my email the instant I arrived on Cortes Island, for a message from the publisher to whom I had sent my book manuscript for The Big Swim. It was Victoria Day weekend and I was on Cortes to put in the garden in preparation for moving back to island after five years in the city. A cold wind sent me searching for my toasty Volunteer Fire Department jacket. I left the hatchback of the Prius open to give the cool weather news to all the little tomatoes, winter squash and pepper transplants that I’d grown on the hot concrete deck of our Vancouver rental. Then I retrieved my computer, pulled a chair up to the window and clicked on “Get Mail.”

There it was, the email from New Society Publishers.

I paused and then opened it.

Whew, your book sure has generated lots of lively discussion around here! :) We took that as a very good sign, and have decided we’d be pleased to move ahead with you on this.

The following moment seemed like glass. Everything looked different, more richly colored and almost transparent, like it might slip away if I moved too fast or felt too much. I sat still. The email remained on the screen. The glassiness melted. It was real. New Society Publishers wanted to publish my book. Butterflies in my heart dried their wings and took off in wavering flight.

As they grew stronger and more jubilant, I just had to thank someone. I poured a glass of scotch and tromped to the base of a Douglas fir tree, a sacred place where the bone of an ancient First Nations woman lays buried. I took several deep breathes and then poured some scotch there. Thank you, I whispered.

Then I went back inside to forward New Society’s email to my husband. Then back outside to play Zaz as loud as I could on my iPad and do a stomping dance around the deck with my chest puffed out. The raven with whom I have a little thing going flew low over the house to check out my commotion. I like to think our thing isn’t entirely based on the sausage I once gave her but I ran inside to get a hunk of cheese just in case. Thank you! I shouted as I set it on the stone where I had made the sausage offering. Out of breath from dancing and stomping, I knelt in gratitude with my forehead on the ground next to the glass of scotch and panted. The cellphone rang.

“Congratulations!” It was Barry, my husband. “All that hard work paid off. I’m so glad!”

“Thank you so much for everything you did,” I said, still in thanking mode.

What did that mean? Was over-thanking be akin to the womanly art of over-apologizing? I’d explore that thought later.

“Thank you so much for staying out of my way. Not everyone can do that in such a supportive manner.”

I paused. “The email said there was a lively discussion. What do you think it was about?”

“Maybe it was about privilege.”

I had already imagined a scene in which the publishers sat around a table and talked about whether to publish a book by someone privileged enough to have enough time to write it. Curiously, it didn’t seem at all unlikely. So I had my answer ready.

“I know I’m privileged to get to write a book let alone have it published. But what if I had the opportunity and didn’t use it for climate change? That seems worse.”

“I meant that maybe the book is controversial because it takes on people of privilege,” Barry said. “It points out that wealthy people are responsible for most of the climate damage. Nobody else does that.”

The book does mention that the wealthiest 8% of people in the world, those who make over $40,000, are responsible for 50% of the climate damage and that damage hits hardest on the world’s poor. I pictured a room of book publishers discussing whether readers are ready acknowledge this  inequity. And deciding they are. The butterflies resumed frolicking. I moved on from thanking and into gushing.

“I’ve wanted to publish a book since I was seven.”

“If I ever complain about anything again, just say, ‘At least you got a book contract.’"

Over the next few days I transplanted all my tomato, pepper and squash starts in an area where I had laid seaweed, cardboard and straw the fall before. It felt good to get dirty, tired, hot and thirsty under a brilliant sky surrounded by alder trees with leaves that grew a tiny bit bigger in each green moment. By the time I finished, the garden plants looked well tucked in, like they could survive on their own until July, which they would have to do.

The night I got back to Vancouver, Barry and I played Scrabble. He made a classic Barry move, tucking an “X” into a little corner where it garnered 50 points and totally clogged up the board. I moaned and laid my head down on the table in despair of ever catching up.

“At least you have a book contract,” he said hopefully.

I popped back up with a grin.