Independent bookstore celebration on May 2 joined by authors nationwide

What began as a B.C.-based initiative has grown to include national interest, publisher and bookseller support. 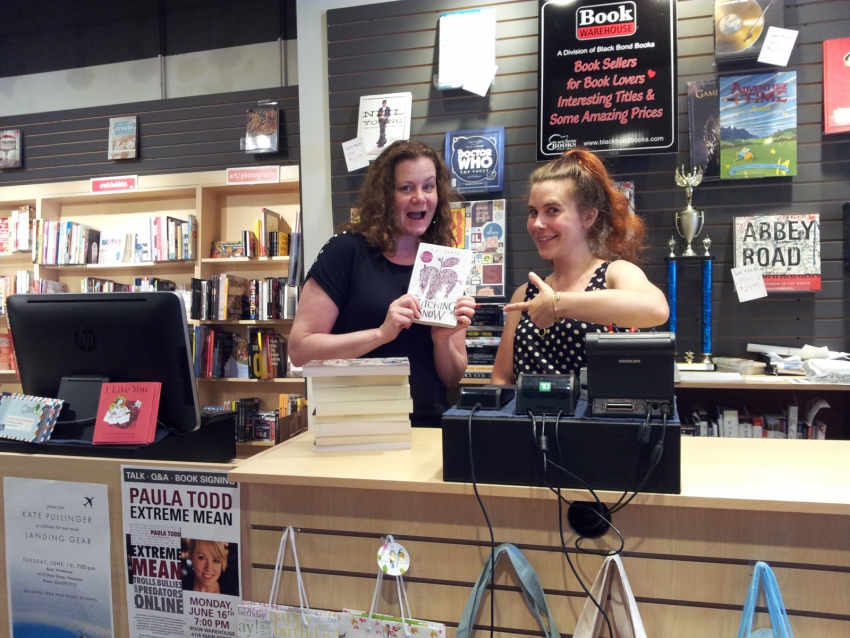 Mary-Ann Yazedjian and Talia at Book Warehouse on Main Street are excited about new arrivals. Photo courtesy of the Western Book Reps Association.

What started as a grassroots idea for a province-based event has blossomed into a nationwide celebration of independent bookstores. The inaugural Canadian Authors for Indies day—happening Saturday, May 2, 2015—came about quite serendipitously, and has taken off like a shot.

Deb McVittie of 32 Book & Gallery in North Vancouver was at a conference in Seattle when she heard about the Indies First Campaign. Sherman Alexie started the US event after he missed a reading and wanted to atone for it. He offered to volunteer at the store for a day, and the idea proved to be a big success. McVittie was chatting with friend and author Janie Chang over a cup of coffee, and mentioned the US campaign. Chang was intrigued and really “championed the whole thing. She took the idea and ran with it,” says McVittie.

“It drives business to the small, local, independent bookstores, strengthens the relationship, raises awareness in the community of the importance of the bookstores and I thought somebody ought to do this in Canada,” Chang said in an article in The Toronto Star.

Chang initially reached out to local organizations, assessing author and store enthusiasm for an indie bookstore day in BC. It quickly grew beyond BC as other groups heard about it and got involved, such as the BC Booksellers Association, the Vancouver Writers’ Festival, and the Retail Council of Canada.

As of the last count, there were 685 writers participating at 123 independent bookstores across Canada. Support from bestselling authors such as Joseph Boyden and Ann-Marie MacDonald has boosted the event's outreach. However, instead of acting as a middleman, Authors for Indies has put the onus directly on the authors and the bookstores to coordinate visits.

Writers are encouraged to contact the bookstore they’d like to visit—like Arno Kopecky did with People’s Co-op Bookstore on Commercial Drive. Kopecky is an environmental journalist and author. His second book, The Oil Man And The Sea: Navigating the Northern Gateway won the 2014 Edna Staebler Award for Creative Nonfiction and was shortlisted for the 2014 Governor General's Award. 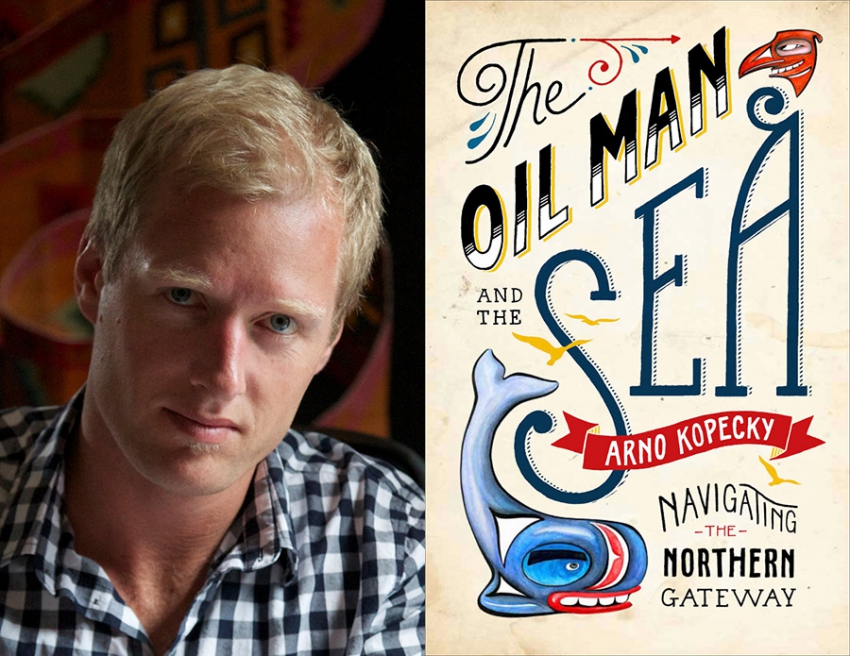 Kopecky is also a frequent customer at People’s Co-op Bookstore and, as it is the closest bookstore to his home, he also stops in occasionally to sign copies of his books.

“I got an email from my publisher that was forwarded from Authors for Indies… So I went in to talk to them.”

Bookstores are also encouraged to contact authors they’d like to host. Authors for Indies lists all participating stores as well as what authors will be at the store. Each store is free to do whatever they wish—readings, special promotions, etc. McVittie says that 32 Books will probably have some casual readings, but it’s more about connecting with people, both customers and authors, to build a community.

“The whole purpose of this is to give booksellers a thank you—to promote independent bookstores,” explains Kopecky. “It’s a day to chat about books; I’m not there to promote my own book. I’m gonna be trying to socialize and engage with people.”

Some bookstores are arranging readings, although the Authors for Indies website doesn’t list these details. Kidsbooks have listed the reading times on their website and have even arranged a food truck to stop by the Vancouver store, while Book Warehouse’s newest location on Main Street made a Facebook event page for the celebration. If all else fails, contact the bookstore directly (listed on the Authors for Indies website) and most stores provide a speedy response.