Getting my book on climate change published: Nerves in patterns on a screen

The spirit behind these articles on getting published is to encourage you to start writing your book, if nothing else will fully satisfy you. For me, a lot of friendship and mentoring went into "The Big Swim," which will be published by New Society Publishers in February, 2015. 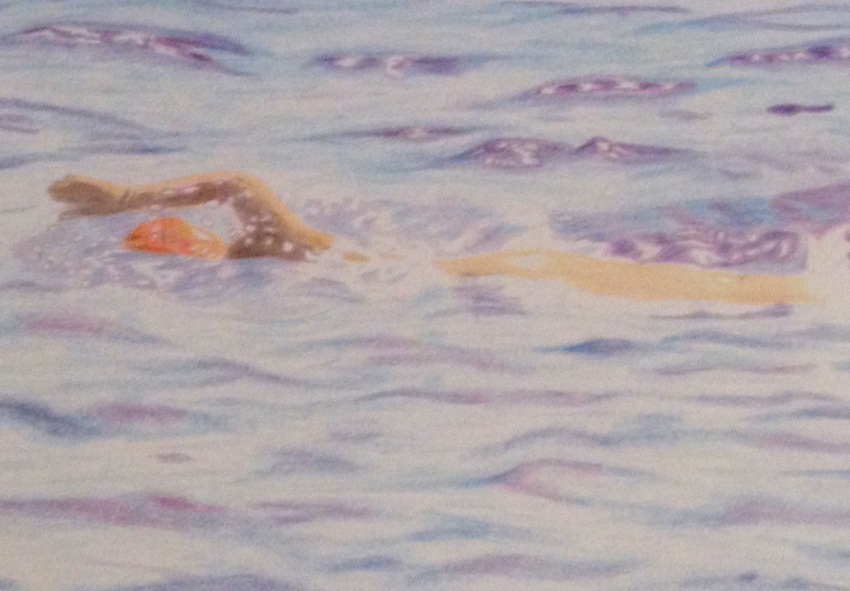 Which would be worse - the publisher accepting the manuscript of my confessional book or it being rejected?

A dark lump of anxiety entered my body. Any day I would hear from a publisher about my book manuscript, The Big Swim. The response would be a judgment on thousands of hours of work during the last four years of steady effort. Or maybe a decade of effort, or maybe my whole life, depending on which starting point I chose. The gamble of having wasted huge amounts of my time had caused me plenty of anxiety, but this time I was even more worried that they would publish my book. The very possibility made me feel overexposed. Strangers will know more of my thoughts than some of my best friends, I thought.

Around me, the ferry from Horseshoe Bay to Nanaimo rumbled. I wanted sleep but instead tossed back and forth in the reclined driver’s seat and worried.

The trajectory of the manuscript reached all the way back to childhood, my seventh birthday to be exact. My brother Brad, four years older than me, gave me a small red diary with one key. On the inside cover he wrote, “For all your secrets. By the way, I kept the second key.”

It wasn’t so long since I’d read my first book, Tip and Mitten, and then every other book the school could provide. I loved those stories about the cat and dog learning to be friends, the blond kids doing this and that. I could read.

Not only that, Brad’s gift suggested that I could write, in a book, as if someone might someday want to read what I had to say. For the next five years, I wrote faithfully in one little book after another: this happened, that happened. I like this girl, not that girl.

In retrospect the most interesting part of those diaries was my obsession with Mike Spraitz’ socks. I fell for him in grade five. He fell for me too. But I was far too shy to talk to him and my manifest misery at his approach on the playground soon taught him to keep away. I channeled my love into writing down observations about his socks. It fascinated me, with my drawer full of matching white knee socks, that he could come to school with mismatched socks, socks with holes that peeped above the heel of his sneakers and even no socks at all. Did he even have a mother? Long after Mike Spraitz moved on to girls who would talk to him, I wrote with pathos in my diary about his socks.

My reading continued unabated and the resolve to write slowly crystalized around authors. These were my people, tackling difficult situations with honesty. Their characters’ obsessions, humor, ethics, and personalities shaped me. In my adolescent netherworld, authors became my best friends. I imagined them holding hands in a long line that stretched back through time: Louisa May Alcott, Laura Ingalls Wilder, L.M. Montgomery, C.S. Lewis, D.H. Lawrence, James Joyce, Tolstoy, Edith Wharton, and so on. More than anything else, I wanted to join hands in that line, to throw my ideas in the ring, to be an author. When I was 16, my mom inadvertently wounded me by suggesting that I write children’s books. I planned to write classics.

Skip ahead about forty journals to when I met Linda Solomon, a pregnant refugee from the attack on the Twin Towers. The shock of it brought her to the safety of Cortes Island, a remote island off the west coast of Canada. There she was in my garden, a sophisticated city woman, doing her polite best to muster interest in the tomatoes and closing her eyes in pleasure at her first taste of local candied salmon. I no longer expected to hold hands with Virginia Woolf and Doris Lessing but I had enough ambition to confess to her, a writer, that l wanted to write a book someday.

“If you don’t start now,” she said, “you will regret it in ten years.” She spoke with absolute certainty.

So I took a few writing workshops at the Hollyhock Learning Centre on Cortes. One of them was Linda’s.

“Where are you swimming?”