Author opens up about social work, meeting the mayor and the literary life 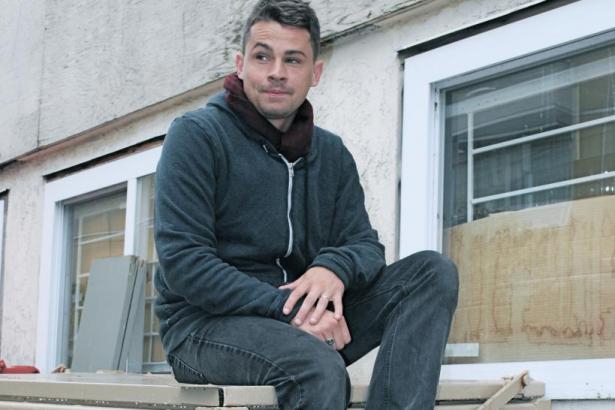 While Michael Christie was writing his award-winning collection of short stories The Beggar’s Garden -- based on his experiences as a social worker, dealing with poverty in the Downtown Eastside -- he would routinely walk into alleys and smell dumpsters.

“I had to figure out a way to describe that smell, you know?” Christie said, in an interview with The Vancouver Observer. “It’s harder than it sounds.”

Christie took home the Vancouver Book Award for The Beggar’s Garden in October, which came with a $2000 prize. Christie said the award ceremony was a surreal experience.

“First of all, it’s weird to hear the mayor say your name,” he said. “The only time I’d ever been to City Hall was for bad reasons like parking tickets, so to be a guest there was strange enough.”

When he first heard the announcement that his book had beat out the three other competitors–Wayde Compton, Lynn Bowen and Lesley McKnight–Christie was too shocked to move. Mayor Gregor Robertson was standing at the front of the chamber, waiting for him to accept the prize. Heads in the crowd turned in his direction.

“I didn’t get up at first. He called my name and I was kind of frozen. I think he might have said it again. At that point I was like, `okay’.”

After the ceremony, Christie got a chance to speak to Mayor Robertson.

“He’s obviously handsome and charismatic-seeming from a distance, you know? I never knew if it was a slickness. But actually, we talked after and he was a super genuine guy, self-effacing and interesting. And he seemed genuinely interested in the book too,” he said.

But as it turned out, Robertson had only read the first three stories.

“That third story, sometimes it can be a deal-breaker,” said Christie. He was referring to “Goodbye Porkpie Hat”, his first-person account of smoking crack and interacting with the ghost of J. Robert Oppenheimer in a vision. It was Christie’s first published story, in subTerrain magazine, and it landed him a Journey Prize nomination a few years ago. It also kick-started his career.

However, some people don’t appreciate it.

“I mean, they see a first-person story about someone smoking crack and that’s it for them,” he said. “I guess it’s off-putting for them, and they’re just done. You know?”

But Christie is drawn to unreliable narrators, and stories that feature the damaged and mentally ill. Two of his other stories, “The Extra” and “King Me”, feature narration from characters who are insane and stunted. This gives Christie a unique opportunity to play with perspective, and to give voice to characters seldom heard in the Can-Lit scene. This is something he relishes.

“I like weird. I like cracked perspectives,” Christie said. “There’s this Chekhov quote I love. He said `Don’t tell me the moon is shining. Show me the glint in broken glass.’ I love that idea of looking at the world through broken perspectives in a way to make it more beautiful.”

Christie drew from his personal experiences in the Downtown Eastside for many of his stories. He worked in an emergency shelter for six years and said his experiences there were transformative.

“It was hard. I’m not suited for social work,” said Christie. “I’m a pretty empathetic person and I have trouble wielding power over people. I have trouble watching them fall apart. And being in a position where you’re supposed to be helping them…it’s pretty much impossible. I burned out pretty bad. I was quite broken-hearted, really.”

But Christie took those conflicted emotions, and channeled them into his writing.

“This book, I don’t want to inflate the significance of it, but there’s a real thread of people helping each other, trying to know people who are damaged, and I mean damaged on all class levels,” he said.

The title story, which is the last piece in the collection, is about a banker who befriends a homeless man. Christie listed off the other stories in his collection one-by-one, showing how each are about characters making unlikely connections with one another. In “The Beggar’s Garden”, the homeless character plants a garden in the narrator’s backyard in gratitude for his help.

“I liked how the beggar’s garden, it was like specific to the story but it also encapsulated Vancouver as a metaphor. It captured the duality, the beauty and the ugliness,” he said.

Christie said he’s still struggling with his transition to full-time author. He’s living in Thunder Bay with his wife and young son and recently took leave from his job at Colour magazine to focus full-time on his new manuscript, an untitled novel about a woman with agoraphobia. Her son is a skateboarder.

“This is going to be the first literary novel about skateboarding,” said Christie with a smile.

But Christie still struggles with the idea of being a writer. He said he originally enrolled in the MFA program at UBC to meet people who actually wrote books for a living.

“I just wanted to see that they’re human beings,” he said. “I’d never thought it was possible that a person could make a book, you know, that people wrote these things.”

And now that he was making the rounds of the awards circuit, which included a stop in Toronto for the Rogers Writers Trust ceremony (he lost to Patrick DeWitt’s The Sisters Brothers), he was starting to acknowledge his new status.

Christie said it’s been exciting to meet other authors, including D.W. Wilson, Jessica Westhead and Alexander McLeod as he makes the rounds of the awards circuit.

“It’s super surreal. I didn’t become a writer to stand in front a bunch of people and talk,” he said. “I can do it and it’s okay but it’s a foreign world to me. I feel like a weird kid who just wandered in.”

But plenty of people would beg to differ.

More from Will Johnson