Ray Hsu on taking the "book" out of "bookstore"

Is UBC Bookstore being transitioned into a UBC Future shop?  The UBC Bookstore is being rebranded "UBC Central," leaving out any reference to books.  A petition initiated by faculty in protest of this change began circulating at UBC. It now has more than 800 signatures from across all disciplines at UBC, mostly from faculty members. Today, Ray Hsu comments.  VO will be talking with more faculty next week about why they initated the petition and what the loss of the word "books" means to them. 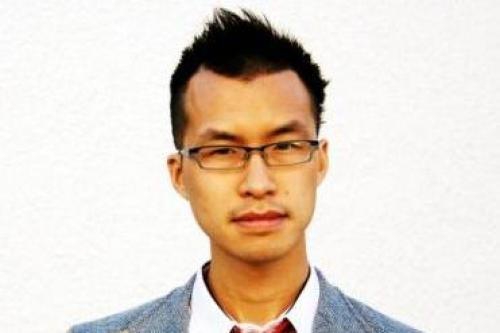 Is UBC Bookstore being transitioned into a UBC Futures shop?   Recently, UBC announced that its bookstore would no longer be referred to as "Bookstore".  Instead, it would be called "UBC Central."  The university explained that  less than half their sales were coming from book sales.  A group of faculty started a petition to oppose removing the word "book" from the store, arguing that bookstores are an integral part of our university community, not because it makes money but because it sells books. The petition, which now has more than 800 signatures, reads as follows:

"UBC claims that the name UBC bookstore does not adequately reflect the products and services that the store provides and that the word 'bookstore' is limiting and restraining to their business and to the changes that they are proposing which will make more 'effective' use of the space. While they say they are committed to selling books, their decision to re-name the store, is part of a UBC 're-branding' initiative that will see the space sell 'fewer traditional books' and focus more on other services such as the UBCcard, IT help desk, and a 'technology recharging system'.  By changing the name to  UBC central, UBC is effectively eliminating the presence of our campus bookstore and is contributing to the  demise of bookstore culture  Vancouver in general...The name change is a mistake.  UBC should be committed to... upholding the tradition of having a bookstore as a fundamental part of campus life."

Ray Hsu teaches Asian-Canadian creative writing at UBC. VO asked creative writing instructor Krissy Darch to discuss the name change with Dr. Hsu, a poet and book lover. What he said was unexpected and interesting. VO will be talking with more faculty next week about why they initated the petition and what the loss of the word "books" means to them.  Here's their discussion:

Krissy Darch: What do you think of the proposed UBC Bookstore name change and the petition against it?

Ray Hsu: I think of it as an opportunity to bring together different stakeholders. The word “bookstore” is a very loaded term in the circles who happen to converge here. Friends of mine who own bookstores who are seeing their businesses tank are invested in this issue too.

But at the university, we’re talking about political science, engineering, science academics who mainly publish journal articles. Books are not the gold standard in many science and engineering disciplines. We’re also talking about humanities scholars, and it’s in the humanities that the single authored book is the gold standard for accomplishment.

As far as why it is that UBC Bookstore feels as if it wants to do this, or administrators feel as though they want to do this, I think I am probably part of it.

When I go into the bookstore, where do I go? I go straight to the computer section. I go straight to Pearle (an employee at the UBC bookstore). I say to her, so what are you geeking out over? What’s new lately? I don’t even go in there to look for anything in particular. I pop in because I have some time between things, or I’m on my way somewhere else. I ask Pearle if there’s anything new and interesting. And then we geek out. We talk about new, interesting things on the tech scene, the computer scene. The stuff that both passes through their hands and the stuff that doesn’t pass through their hands at the bookstore. She keeps on top of these things.

The other times I go in there I’m browsing for books and it’s a leisurely activity. I get bookstore gift cards as an honorarium for doing events. I’m not sure if it’s because people get a discount if they get a UBC gift card as an honorarium. But I actually have a hard time spending them. I have unspent gift cards.

What was the last thing you got in the computer section?

RH: An adapter, a pair of head phones. Something really basic. Before that, more headphones, pens and notebooks. And before that, my computer. I think the logic of the name change has to do with where the money is being spent in there. If computers are the majority of their business.

If they were really to call it something according to the budget numbers, it would probably be called “UBC Computers and Other Things.” But UBC Central is just less “offensive” than that.

As someone positioned within the university, and someone whose books are on sale at the university bookstore, is this a change that makes you angry?

RH: I had never even thought of it. It doesn’t occur to me to be angry about it. I care about my friends who are bookstore owners who are watching their businesses tank. I’m most concerned about them.