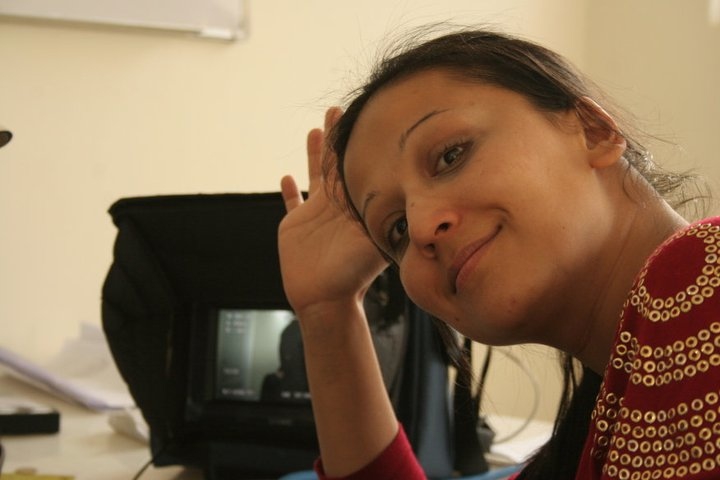 Brishkay Ahmed‘s unusual documentary film The Story of Burqa: Case of a Confused Afghan, sold out its first screening at the Doxa Film Festival in May.  While the film explored how the burqa came to Afghanistan, and why it was so extensively used, it was not her first artistic venture into her native country.  The Kabul-born Canadian is focused on women’s rights, both as an analyst and as an activist.

In 2010 she released Reclaiming Rights, a documentary she filmed alone as she followed young Afghan women seeking divorces from forced marriages, and their (female) lawyers.  It would have been impossible to get access to the women otherwise, she says.  The women were living at a shelter funded by Women for Women in Afghanistan, which has chapters across Canada, including in Vancouver.

While shelters like these have recently been threatened by conservative ministers, they continue to do vital work.  Sahar Gul, the young woman tortured and imprisoned by her in-laws for refusing to work as a prostitute, is an example of the violence against women that has become a mundane feature of life over recent decades.  But the lawyers Ahmed met have now succeeded in getting charges laid against Gul’s tormentors — showing that such crimes are no longer immune from punishment.

The explosion of television in Afghanistan

“The significance of that is huge,” Ahmed said. It may seem to outsiders that the rate of change, particularly for Afghan women is painfully slow, but she takes a different view.  “People want immediate change.   A country which was developing in the 1970s lapsed so quickly into caveman days, and people want an equally rapid reversal”.  According to her, change is better measured by considering how far the country has come in the last ten years.

The explosion of media is one of the most obvious shifts.  “They have 22 channels in Afghanistan now — more than Canada,” Ahmed points out.  This matters because TV and radio provide access to information and the outside world.  “Because so much of the country is illiterate and many of the women are not working, media is an effective way to reach them.  The TV is on.”

Ahmed has taken advantage of this.  She wrote and co-directed a show called Between You and Me which has just been scheduled for a second season on Tolo TV.  The drama features women as judges, journalists, and even police, challenging narrow ideas of women’s roles.  The script is designed to deliver information about women’s rights in an entertaining format, challenging what has been the status quo for women.

Directing the program wasn’t easy for Ahmed. She ran into resistance from co-workers over the way women were portrayed.  Some of the younger people thought there might be rules against such roles for women.  Oddly, these concerns are not always present for older Afghans.  Ahmed explains,“People in their sixties understand; they remember the days of women working.  The twenty to forty generation grew up under the Taliban… They have seen only extremism.”

Extremism and religious fundamentalism seems to be on the rise everywhere since September 11, and with it, an increasing emphasis on the control of women.  The burqa has made appearances in places far from Afghanistan.  When asked about France’s 2011 ban of the burqa and niqab, Ahmed is sanguine.  “I am not angry about what Sarkozy did,” she says.  “He did not step on anything that is in the Quran at all.”  She points out that the garment conceals any evidence of domestic abuse and effectively prevents the woman from being able to take up a job.

“If you can make the women wear a burqa, you can live the life of Kandahar in Canada”, she says.   Ahmed makes a distinction between the burqa and the headscarf.  “A woman wearing a hijab can stand next to a man and be a police officer or take any other job.”  It does not render a woman invisible in public space.

Despite the increase in Taliban attacks in Afghanistan, and the looming exit of international forces in 2014, Ahmed believes things have changed decisively.  “I don’t see the Taliban coming back and gaining full power.  They may reign in some part of the country as a type of guerilla group, but will not have the entire country again.  Afghans and the international community will not allow it.”

Aware of the images most Canadians associate with Afghan women, she knows why there is often an awkward silence when people find out where she was born.  She shrugs it off.

“Canada is one of the few nations that really has committed to rebuilding Afghanistan: schools, education, and just recently a contribution just for women.  It is not bad that they feel sorry for my country — it shows that they care.

"I can just say thank you for caring, and supporting the country and the charities that help in Afghanistan.”