BC Place shines in blue, black and white 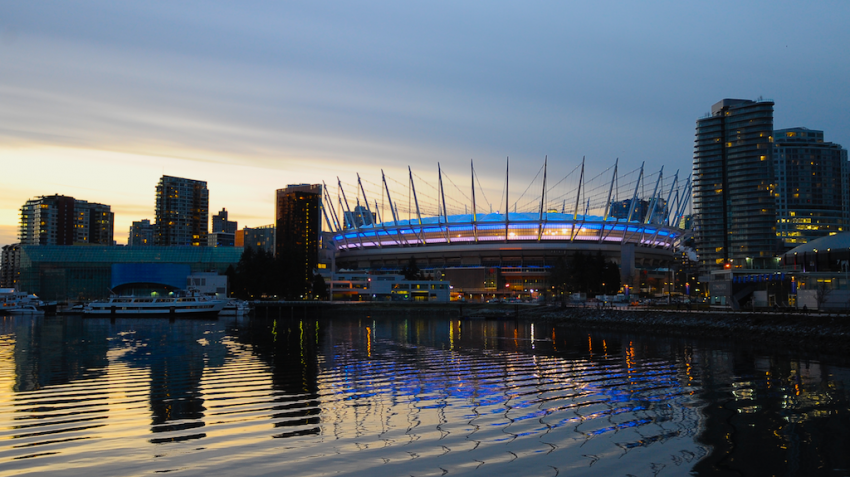 The roof of BC Place was illuminated on Monday night in the blue, black and white of Estonia’s national flag to celebrate the 100th anniversary of Estonia’s declaration of independence.

Thanks to the BC Pavilion Corporation (PavCo), Vancouver was treated to a striking light show honouring Vancouver’s local Estonian community and the important occasion of Estonia’s National Day.

One hundred years later, Estonia commemorated its statehood by holding the Presidency of the Council of the European Union, kicking off a year of national and global initiatives, and staging an unprecedented number of cultural events.

Estonians and friends of Estonia in Vancouver are delighted that iconic BC Place was bathed in lights in Estonia's national flag colours of blue, black and white on February 19th to celebrate this auspicious milestone."

PavCo also commented: “BC Place has the unique opportunity to recognize occasions that are important to the diverse communities that make up British Columbia. The team at BC Place is proud to light the roof in the colours of the flag of Estonia in celebrating the 100th anniversary of Estonian independence.”

Vancouver joins cities such as Rio de Janeiro and Toronto in recognizing this anniversary. On 24 February Christ the Redeemer in Rio de Janerio and Toronto’s Nathan Philips Square will be lit in blue, black and white.

Vancouver’s Estonian society will be celebrating the 100th anniversary of Estonia’s declaration of independence on February 24th with a ceremony and formal ball at the Sheraton Vancouver Airport Hotel. Guests include members of the Consular Corps of British Columbia and the Honourable Bruce Ralston, British Columbia’s Minister of Jobs, Trade and Technology.