A flamboyant polemical monologue and a riddling Zen trio from Down Under. 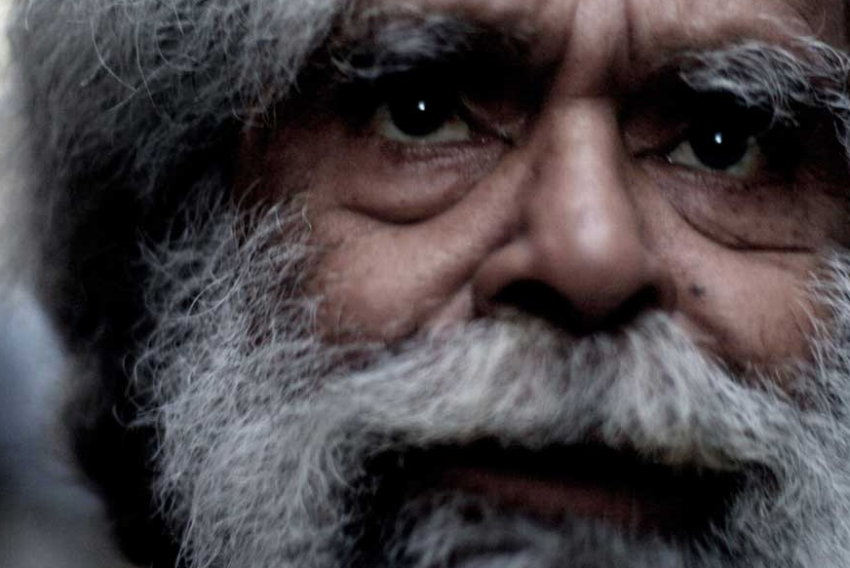 Jack fell down; indicts The Crown. And PuSh comes tumbling after.

Learning Strine from a native speaker, one of the first words taught is often larrikin –a mischievous rake, defiant of convention or authority. The term anchors one end of Australia’s self-described spectrum of national character. At the opposite pole is the wowser, commonly depicted as a killjoy or a bluenose.

More flattering, of course, to be at the raffish end of the spectrum. The larrikin is loud, funny and charismatic. But doesn’t the whole charm of that depend on its vivid contrast to the general background of a more muted conservatism? And if Australians mostly self-identify as larrikins, then wherefrom comes the prevailing majority of wowsers against whom they’re all taking such a plucky stand?

Maybe the much-maligned wowser isn’t such a prig, after all; just more reserved, with a dry drollery in lieu of the larrikin’s broad antics. This actually accords with the self-deprecating diffidence of most Australians I’ve met. A bit like Canadians, that way.

By these lights, the larrikin and wowser stand out as the yin and yang of Australianism, each a definitively necessary condition for the other. And, like yin and yang, each must contain an implicit trace of the other – a core of earnestness in the larrikin, a depth of idiosyncrasy under the wowser’s grey veneer. Both traits are on glorious display in the pair of theatrical chamber pieces that the Australian government has sent us for this year’s PuSh festival.

But first a word from our local sponsor. Right after the “no cameras, no cellphones” plea and before Jack Charles takes the stage of SFU’s Experimental Theatre on Hastings Street, a PuSh spokesperson announces (as at all Festival events) that this performance takes place on the “unceded territory” of several indigenous First Nations.

Especially pertinent, by analogy, in this instance. Charles himself is somewhat of an unceded Aboriginal territory. Snatched from his birth family at just four months old and raised in a series of overwhelmingly white orphanages in order to “homogenize” him, he remains, seven decades later, a long way from the Australian mainstream.

Just how far is emphasised in the opening scenes: a projected blow-up video of Charles mainlining smack while his interminable rap sheet scrolls over the image so fast that we can only catch a few damning words: burglary, controlled substances, breaking and entering, stolen goods.

All this goes on as the man himself stalks the stage below. In the half-light of the screen, we can just make out his leonine white mane and the caged tension of a lithe zoo animal.

And then the lights come up and we find a genial old gentleman, kind of a Santa Claus in blackface, puttering around between a comfy armchair, a jazz trio’s bandstand and – of all things – a potter’s wheel. He throws a pot for us, deftly, in real-time, while he descants amusingly on his pious and patriotic boarding school upbringing. Childhood snapshots flash up on the screen behind him, while the jazz trio sketches in some hymns and marches.

The narrative – and the humour – darken when Charles “graduates” from institutional care and must fend for himself in a Melbourne foster home. He apprentices to a glass beveller by day and wins some minor celebrity by night on the local vaudeville stage (he has a natural songster’s baritone).

But he soon starts frequenting the city’s aboriginal ghetto to seek out his birth relatives. This so affronts his wowser foster mother that she has him committed to Youth Gaol, the seedbed of his larrikin identity. Prison turned out to be a prep school for a recidivist life of petty crime, drug addiction and pederasty.

That’s not all he learned behind bars, though. He also reconnected with his birthright culture since, in Australia as in North America, indigenous people are incarcerated in disproportionate numbers. He seems to have acquired considerable book learning, as well, judging from his rather ornate diction and his Shakespearean ham-actor stage presence (alternating somewhere between Falstaff and Lear).

Then, too – and most importantly – in gaol he learned ceramic arts. Again and again, in the course of his monologue, he returns to his pottery wheel to talk metaphorically about clay – an aboriginal myth of a creator god shaping the first humans from mud, or a homoerotic musing about artful fingers gently stiffening a sleek cylinder.