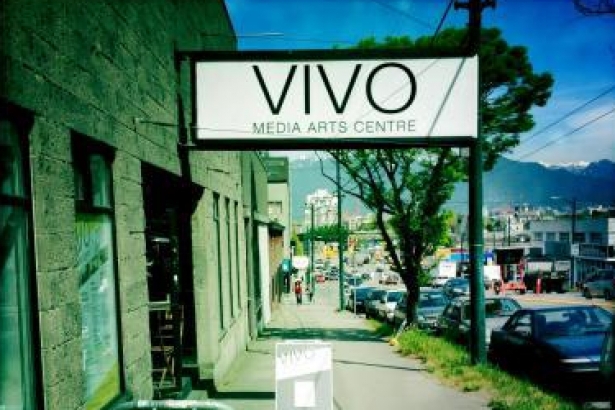 It's hard out here for an arts org

VIVO Media Arts Centre, a Vancouver cultural force for 39 years, is losing its home as Main Street gets redeveloped.

VIVO has lost its lease at 1965 Main Street, as the owner has sold the building. VIVO has been given a month-to-month until May 1, 2014 to find a new space, lest it become a casualty in the war for the Eastern Core. That's a hell of a 40th Birthday present.

A year may sound like a long time to find a new home, but consider that VIVO has already outgrown its current 6,000 square foot space, and needs to find a suitable spot to accommodate its work.

VIVO’s desire is to purchase a building in Mount Pleasant that will be renovated to accommodate the wide range of needs and uses, including housing the vast archive of 5000+ videotapes and thousands of paper documents, classrooms for workshops, a large multipurpose studio that can accommodate productions and public events, space for screenings and exhibition, equipment storage and administrative offices.

It's all about stability, which is not enjoyed by Vancouver's commercial tenants as property prices have risen. If your building's owner doesn't sell tomorrow, he may do so next year, or the year after, if the offer is attractive enough. It's the Sword of Damocles: you can create art in one of the world's most attractive locales, but that horsehair is fragile, and that sword is damned heavy.

VIVO General Manager (and sound designer) Emma Hendrix told me, "If we’re going to make this move, we need to own space. 20 years here, and we’re not safe. We want to stay in the neighbourhood if we can."

Purchasing a building would take VIVO out from under the threat of the termination clause, wherein building owners can evict tenants in order to sell their buildings. East Van mainstay David Duprey discussed the ubiquity of termination clauses during a conversation about local businesses in the Eastern Core.

Hendrix told me that VIVO is looking for a space with 4,000-8,000 usable square feet, depending on the layout. "We’ve been [at 1965 Main] for 20 years, and the way it’s laid out isn’t necessarily the most efficient the way it is now. The space has quirks, things that don’t work, wasted space."

The fact that video is no longer stored on VHS or Betamax, and that all of the associated equipment has been hit with a shrink ray, helps make VIVO flexible while seeking new digs. Keep in mind that VIVO isn't just about making stuff today: its archives constitute a treasure trove of Vancouver's creative history.