Varley in Vancouver, Part 1: The Group of 7 “bohemian” heads west

What follows is the first of a three-part series exploring the decade in which Group of Seven painter Frederick Varley lived in Vancouver and played a pivotal role in the creation of a West Coast art movement and sensibility.

Trained in Belgium, and unlike the rest of the “G7,” primarily a portraitist, Varley explored his rugged new location – from a Jericho cabin to summer-long camps in Garibaldi – and often with a group of students and artists along, before moving to a cheap place in Lynn Canyon with his mistress. While there, broke and often drunk, he painted true masterpieces on insulation paper. Commemorated with only a trail along Lynn Creek, come along to learn about one of Vancouver’s (almost) unknown shapers. 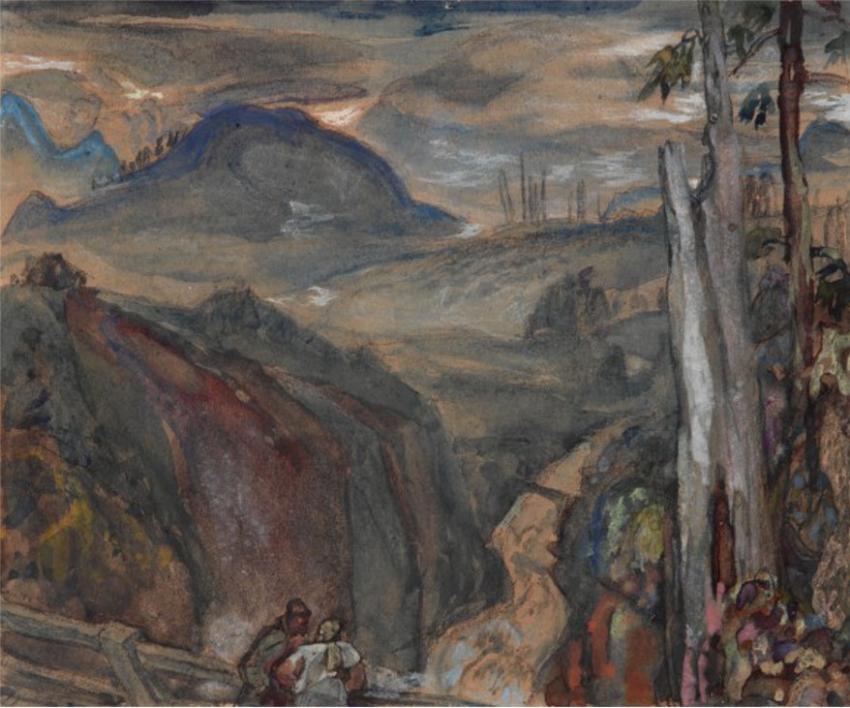 Bridge over Lynn by Frederick Varley

He painted muddy bodies in trenches as a WWI battlefield painter, his paintings hung with Picasso and Matisse in London, and in the permanent collection in Canada’s National Gallery. He explored the Arctic to sketch Inuit life, and ventured into the Soviet Union at height of Cold War armed only with paint brushes.

This man was the fiery Frederick Horsman Varley, the bohemian of the venerated Group of Seven. In 10 vaguely mysterious and somewhat scandalous years around Vancouver, he produced seminal Canadian paintings by fusing techniques from both portraits and landscapes. Broke and discouraged, he left behind an estranged wife, a painterly mistress, and 18 months past-due rent, and headed east into a 15 year depressive struggle, leaving nary a trace but a massive impact on West Coast art.

As a member of the Group of 7, Varley already had a reputation across Canada from his landscape “Stormy Weather, Georgian Bay" and he was also a skilled commercial artist and designer. Frederick was a wee bit fiery and markedly different from his G7 contemporaries. The early chronicler of the Group, F.B. Houser, described him in 1926 as "an artist of significant skill and talent and potential but Varley is a bit of an art gypsy." 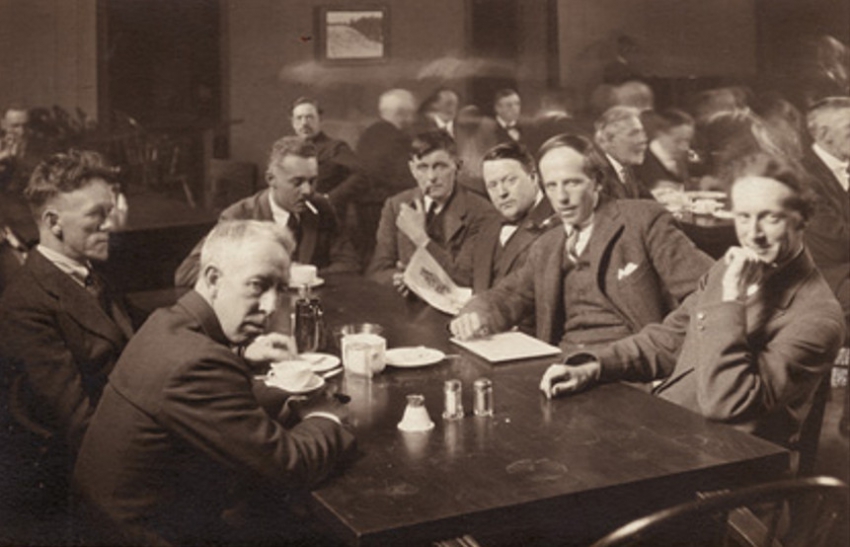 Group of Seven at table

Varley was raised by a draughtsman in England and trained first at Sheffield School of Art then at the same Antwerp school as Vincent van Gogh, L’École des Beaux Arts. Once he emigrated to Canada he quickly picked up on the natural splendor.

He was elusive (or some called less productive) member of the group, and different by any measure: a portraitist rather than a landscape painter and he experimented with colour and form, rather than relying on the subdued palette of his contemporaries, and explored a metaphysical layer and symbolism to his paintings though the others called him the “unproductive member” behind his back. 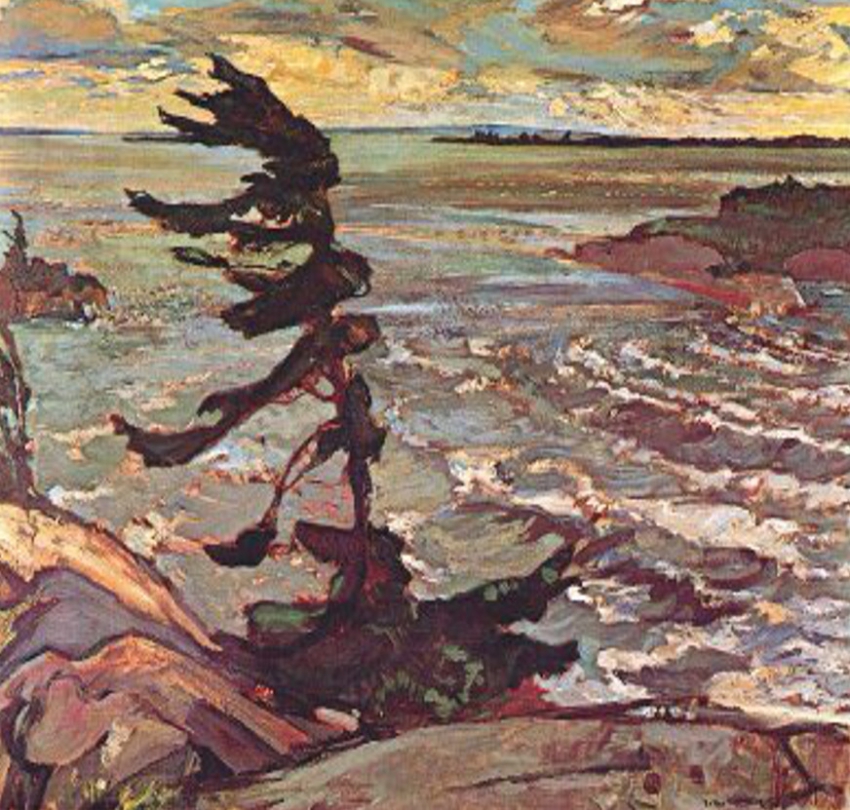 Meanwhile in Vancouver in 1921, a group of art-minded citizens created the B.C. Art League with objectives of promoting art, opening a school, establishing permanent galleries and museums, and improving civic life in the rough and tumble town. In setting out to create an art school, they needed an established artist to give the school credibility and they knew no one in Vancouver could fit the position. They put out a search and made an offer to Varley.

When an offer came in 1926 to teach art at a new school on mysterious West Coast, Frederick was ready. He’d explored the Algonquin wilderness by canoe with famed explorer and painter Tom Thomson, and painted in the trenches of WWI battlefields. Rather than depicting victorious scenes of vanquished foes, Varley painted clumps of muddy bodies being loaded into a cart with a title of, “For What?” His superiors (who had hoped to help offset the cost of WWI through his paintings) were not impressed. 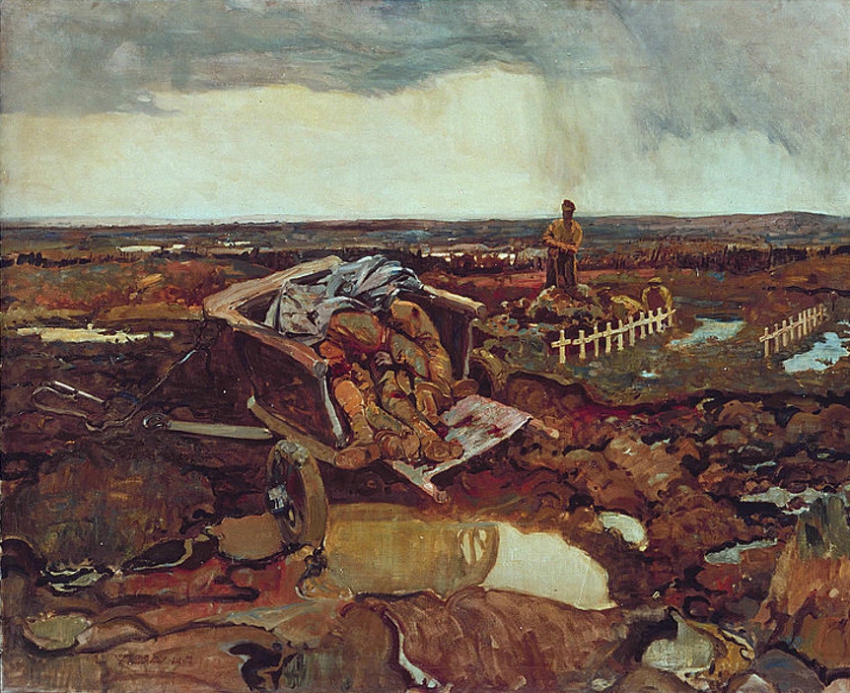 He was ready for most anything, especially if it kept him away from a routine of commercial art. And in Vancouver, this art gypsy found his style and his muse.

With the signed offer, the gypsy painter and his son boarded a train west – leaving wife Maude to hold a yard sale to raise money for the rest of the family to join them.

Fred and the lad settled in the Badminton Hotel on the corner of Howe and Pender to be close to the new Vancouver College of Applied Art and Design. The Vancouver Archives notes about the Badminton hotel, “and while I'm not certain, it may have been somewhat of an artists' hub, as I recently researched a local sculptor who also kept studio space at the Badminton.” Regardless, Varley was to become the most well-known figure in the local art scene for the next decade.