And she did. It took years but eventually she received over 2,000 documents, researched connections between people, deciphered email threads and relentlessly pursued answers.

She learned that Environment Canada was working with National Security, that her twitter account was being watched and that her work was classified as a threat to national security. She wrote books and put information online. She crowdfunded to get the truth out and managed to hang her posters in bus stops in Ottawa, Calgary, Wininipeg and Washington, DC. 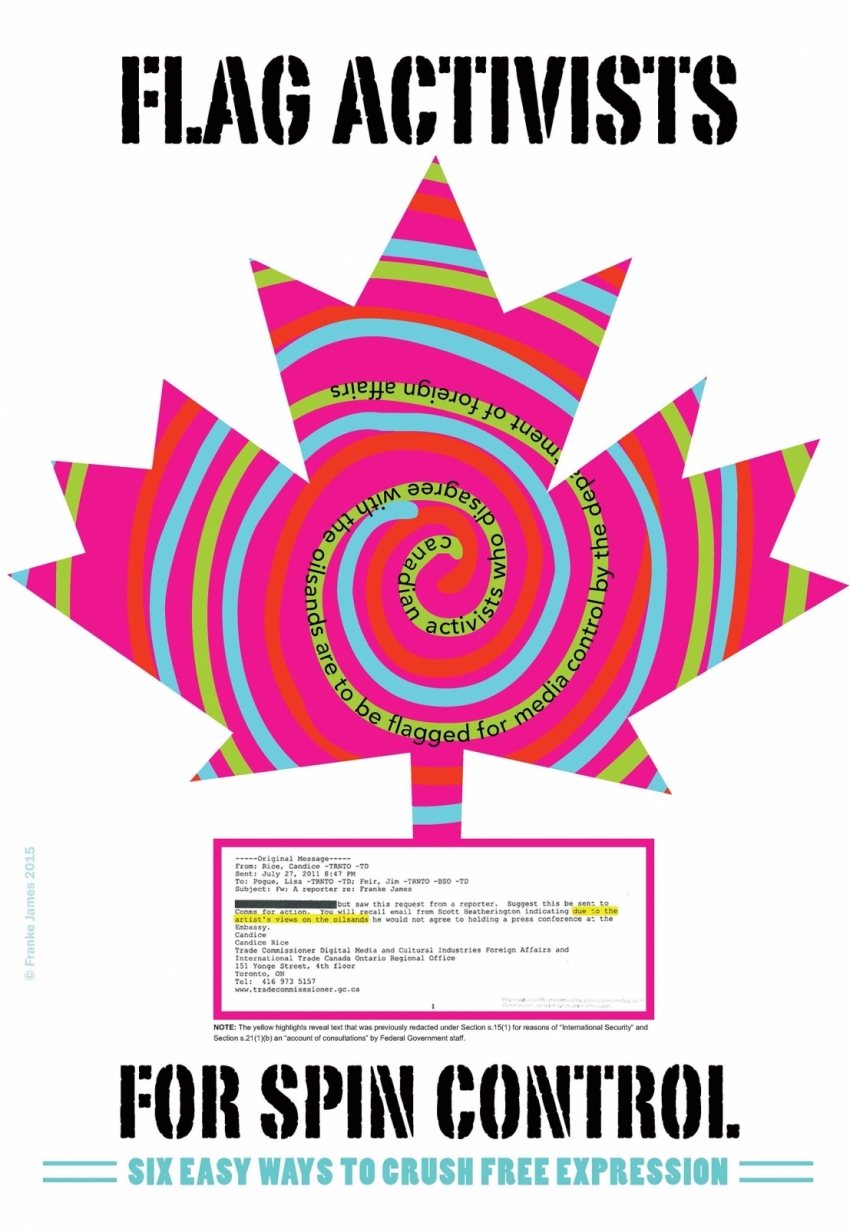 “This is so fun,” said James repeatedly. Standing in front of a bright pink maple leaf with a swirl of words inside, one of her six new posters about government repression.

“Flag activists for spin control,” she said, reading the words on the poster.  When foreign affairs said there was no political interference in this decision to cancel the show, they were spinning a story.

They were saying, 'This lady is a flake,' and discrediting me.”

Then James stepped in front of the next poster, “Sow contempt to justify hatred.” 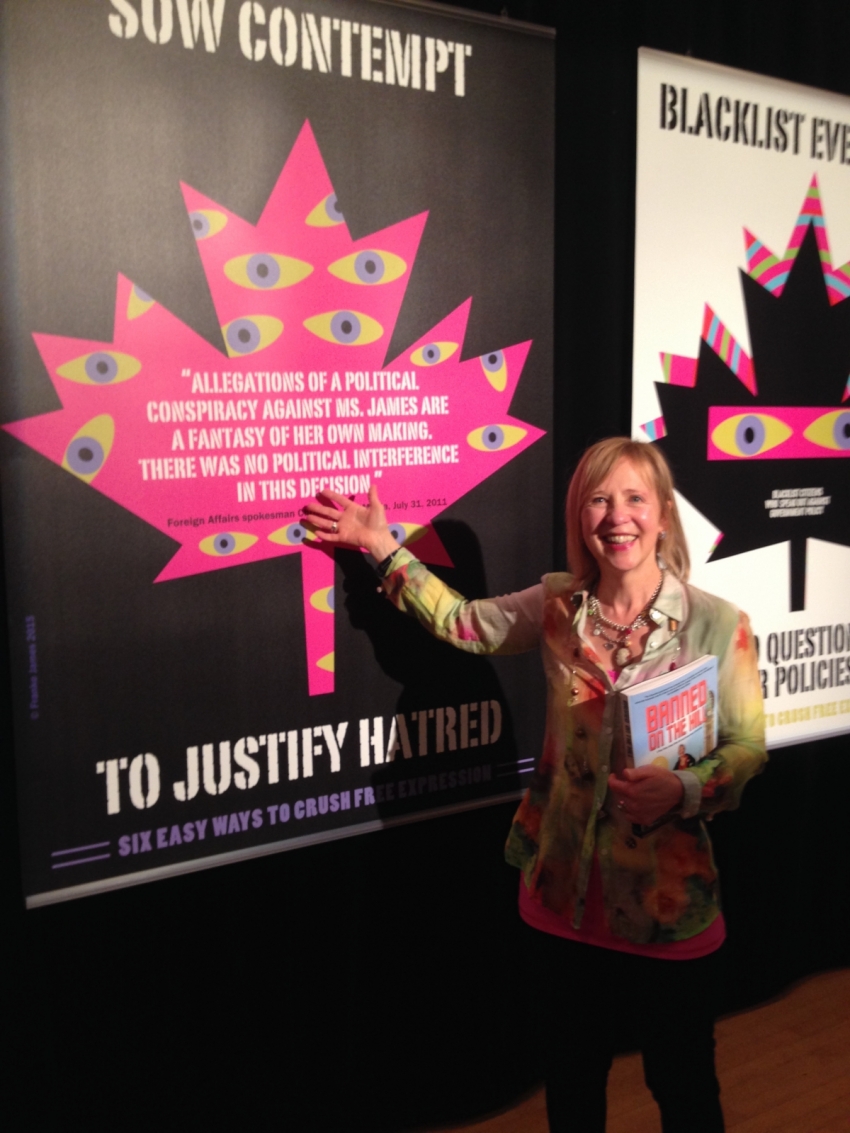 “This is the cool thing. I’m making these posters to say what’s happening,” said James.

Pointing to a poster that reads “Classify art as a threat to national security,” James said, “This is really relevant to what is happening to bill C51. The government was hiding stuff about me under this clause of national security. And national security is not just about what you would think about safety and violence, it is also defined as any threat to the economy.” 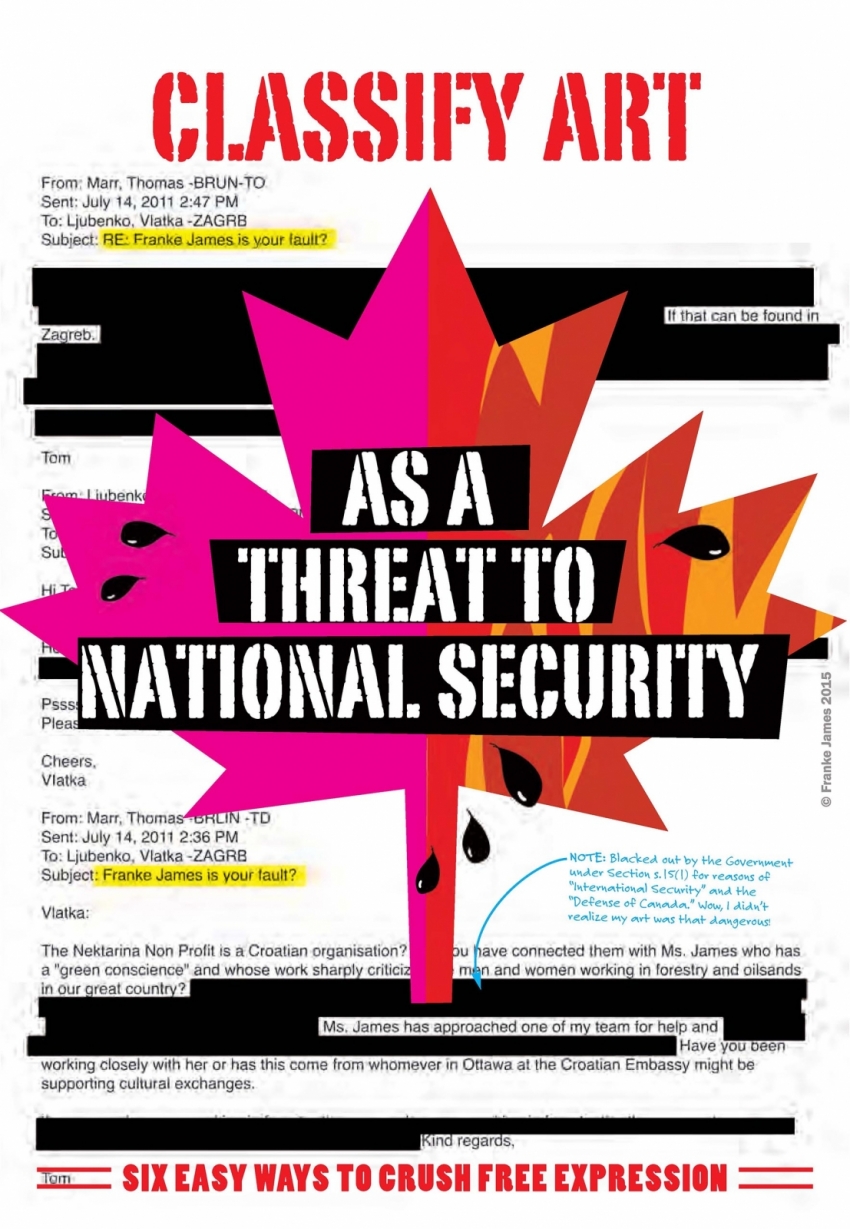 Though she uses a light, playful hand in her designs, and remains optimistic, this is serious business.

As Josh Paterson, BCCLA's executive director said, "It is a critical time for free expression in this country. In just the last two years, cities have passed laws curtailing the right to demonstrate, scientists in employ of the government have had their voices muzzled, and anti-terrorism laws are being used to limit our rights to free speech.”

“It’s so heavy-handed and so undemocratic,” said James. 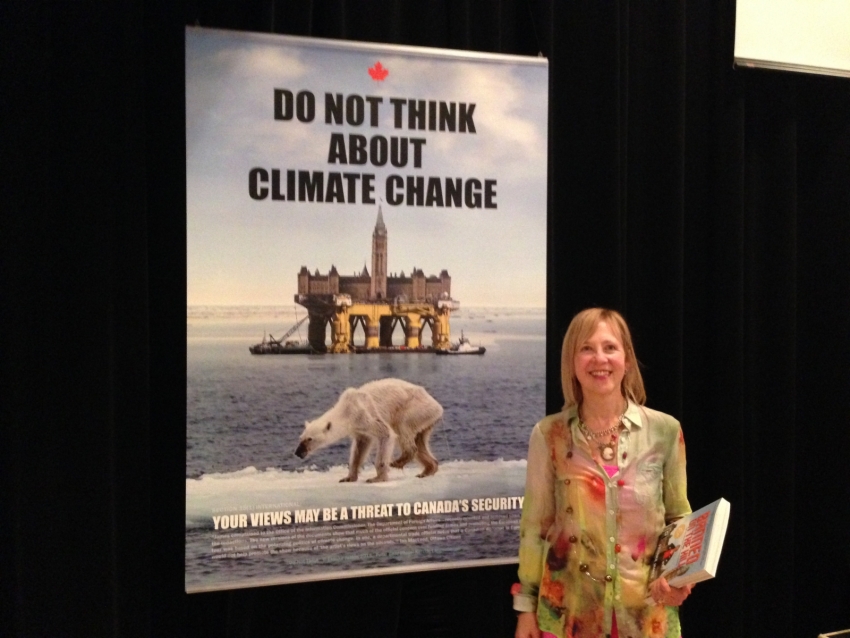 James believes the next frontier for the Harper government is drilling in the arctic.  Her poster, “Do Not Even Think About Climate Change” makes this point with the image of a starving polar bear, a photograph by Kerstin Langenberger, floating on an ice cap.  Behind the bear, the Parliament building rests atop a drilling rig.

Her next book, “Access to Information and Social Justice” offers clever tricks and tips for navigating the Freedom of access quagmire, and will be out soon.

James is the recipient of the BCCLA’s 2014 Liberty Award for Excellence in the Arts. and the PEN Canada/Ken Filkow Prize.